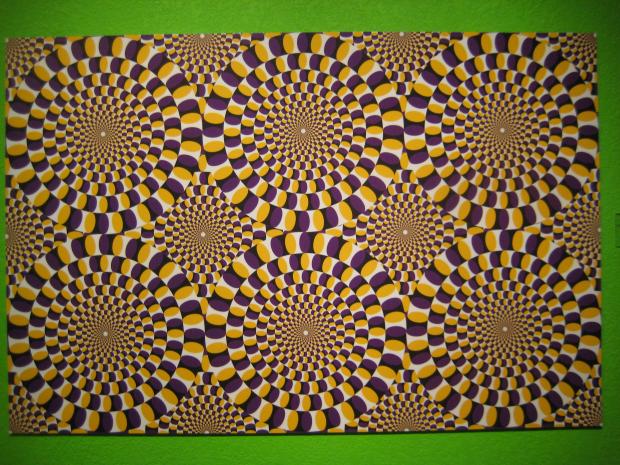 Titanians have long maintained that the drug-war (often called the “war on drugs”) is one of our government’s more egregious ethical faux pas, and that it contributes, as much as any other government-sponsored war, to the de-legitimizing of our government. As did its progenitor, alcohol prohibition, the drug-war violates the principle that individual people own their bodies and have the innate right to do whatever they wish to do to their own bodies – whether by means of drugs or otherwise. Legislative edicts that violate this principle constitute instances of forbidding mala prohibita, laws that don’t exist to protect people from one another; but only to impose the will of one group of people upon another. Such edicts are grossly unethical; and their enforcement constitutes mala in se, which are real crimes against persons.

Unintended Consequences – Perhaps
The drug-war has become inextricably entwined with the so-called “war on terror”. What are the government-stated purposes of these wars? The reduction of drug addiction, and “associated” crimes of violence – and The reduction of terror and concomitant increase in personal security.

What are we to make of these results – which are clearly the exact opposite of the stated intentions? The most charitable interpretation is that government is incompetent to address the real problems, and, blind and deaf to the obvious feedback, continues to do what obviously doesn’t work.

Another interpretation is that the “government-stated intentions” are false – and that the actual results are precisely in line with the real (secret) intentions of those who’ve created these putative wars. Many believe this is far-fetched. Consider the following: vast fortunes are being made –

Doesn’t it make sense to identify real intentions by noting who makes money from the real results that ensue from the real actions, putatively based on the stated intentions that gave credence thereto.

Some Good News – at Last
Putting aside, for the moment, the discussion of intentions vs. realities, consider the significance of recent legal precedents to the effect that the Drug-War is Over – at least in principle.

Here’s how this came about. Over 10,000 years ago, Native Americans in both North and South America began using natural herbs sometimes known as “Teaching Plants” in their spiritual and healing ceremonies.  These teaching plants could be marijuana (cannabis), mushrooms (psilocybin), tobacco (nicotine), peyote (mescaline) or Ayahuasca (dmt).  In Native American spirituality, ALL plants are sacred!  In this country, Native Americans in the Southwest focused primarily on the use of peyote. As Europeans came to this  continent and began to exterminate the Native American population, a central feature of this effort was directed at destroying the culture of Native Americans. In many ways this effort continues to this day.

However, despite many failed treaties and betrayed agreements, and despite the largely successful efforts to suppress Native American culture and traditions, the culture and traditions have survived; and, most importantly, so have a few of the treaties and a few of the laws that were put in place to protect Native Americans. Based on these few laws, recent legal precedents (see the link at the end of this article) have established two vital principles:

Legitimate members of the Native American Church (NAC) have the right under law to use any natural herbs they wish in their spiritual observances – and are exempt from legislation at any level of U.S. Government forbidding the use, possession, transportation, or transmittal of such substances. And – The Native American Church has the right (and the wish) to welcome people of any race into their membership – the government not having the right to force NAC to discriminate in its membership criteria by race.1

A further feature of the above-mentioned precedents is that existing law now prescribes severe punishments for any person who, under color of law violates the aforesaid rights – and this includes law-enforcement personnel, court justices, and anyone else who arrests, prosecutes, or in any way abuses a member of NAC. Besides creating criminal sanctions against such behavior, this opens the door for such perpetrators to be held liable for civil proceedings against them.

My congratulations to the Utah-based Oklevueha Native American Church (ONAC) – and James Flaming Eagle Mooney, whose diligent and persevering efforts and sacrifices have made possible this historical turning point! ONAC is truly a champion of our rights.

Now the Really Great News
Surely you know that you are at risk if someone in your presence, unbeknown to you perhaps (or you yourself, of course), is carrying an ounce of marijuana, a gram of hash, a “magic” mushroom, or a pinch of peyote. When you and your companion encounter a “law-enforcement official”, of whatever variety, you could be arrested, prosecuted, fined, jailed, and your multi-million-dollar career ended abruptly. These days, this happens all the time. BUT you could have a “leg to stand on” by becoming a member of ONAC. For a donation to ONAC of just $100, you can be carrying an official ONAC membership card that legally entitles you to the governmental respect defined by the principles outlined above.

As indicated above, this is a “leg-to-stand-on” card – it is not a “get-out-of-jail-free” card. Until its meaning and significance become widely known in the law enforcement community, the Attorney Generals’ offices, and in the courtrooms, it is unlikely to command instant respect from the minions of such organizations – so you would be wise not to expect it. This is especially true in light of the huge fortunes (alluded to above) that are being made as a result of the putative “laws” that support drug prohibition. The folks making those fortunes are not going to be happy to hear that their reign of terror has now been outlawed.

$100 is a great investment to have a valid leg to stand on, when confronting the putative authorities. This is especially so when you consider that your future earnings as a professional, in whatever field, could be at stake in the outcome. Nowhere else can you get “insurance” against the plausible eventuality that can overtake you at any time. So I heartily recommend the investment. 2

There you have it! – The bad news and the good news. So go get yourself a Oklevueha Native American Church member card right now!

AND for those who would like to become an affiliate of our marketing arm, and to receive commissions by helping others flex their rights go to http://the-drug-war-is-over.org .

Due Diligence and Legal Precedents

[1] The foregoing and the comments that follow represent my personal understanding of the significance of the recent legal precedents– and to be construed for “entertainment purposes only” not as “legal advice”.

[2] In the interests of transparency, we should also note that when you take advantage of the Oklevueha Native American Church (ONAC) Authorized Participant (AP) Card following one of the links above, Titania will receive a small, but much-needed, referral commission.

George Soros Gets A COVID Loan