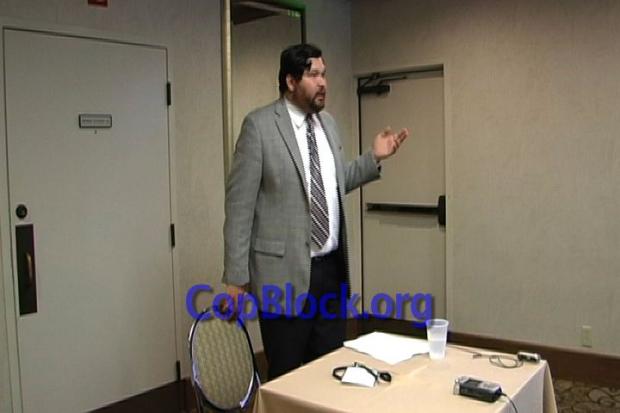 **QQ**Anthony Gregory - The Case for Abolishing the Police**QQ**
Anthony Gregory is Research Editor at the Independent Institute and is currently writing a book on individual liberty and the writ of habeas corpus. He has written hundreds of articles that have appeared in the Christian Science Monitor, Bloomberg BusinessWeek, San Diego Union-Tribune, Washington Times, Dallas Morning News, Salt Lake Tribune, Sacramento Bee, Tallahassee Democrat, Albany (NY) Times Union, Portland Oregonian, Raleigh News and Observer, Florida Today, Bellingham (WA) Herald, Modesto Bee, East Valley Tribune (AZ), Contra Costa Times, and many other newspapers; as well as in Human Events, Counterpunch, The American Conservative, Alternet, Antiwar.com, The Independent Review and the Journal of Libertarian Studies. He also regularly writes for numerous news and commentary web sites, including LewRockwell.com and the Future of Freedom Foundation. He earned his bachelor?s degree in American history from the University of California at Berkeley, giving the undergraduate history commencement speech in 2003.

1 Comments in Response to Anthony Gregory Live from Libertopia

How the heck and where can I DL this video?
Can you even contact me from this post?

The Face Mask: A Powerful Symbol of COVID Oppression

"We Will Keep People Home By Law, If Necessary" - UK Unveils New...

The Drones Were Ready for This Moment

How Governments Are Hunting the Infected

Covid Internment Camps Being Set Up In Washington!

Test Positive For COVID-19, End Up In A Police Database

A Brave New Normal, Part 2 - A "Cranky" CJ Hopkins Has A Theory

Toledo: 911 Lines Flooded With People Reporting Others For "Not Social Distancing"

Contact Tracing: When Game Night Turned Into A Nightmare

Muscle breach: New Jersey fitness enthusiast is arrested after he works out at gym...