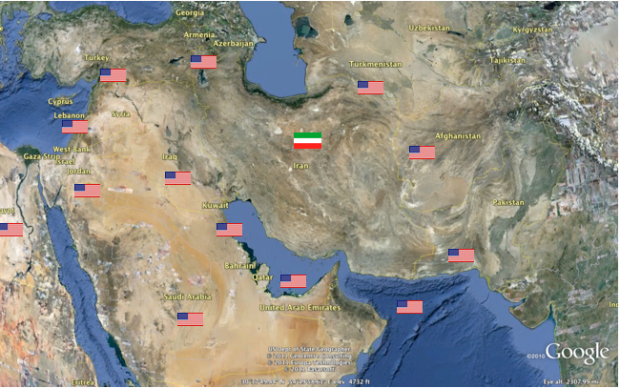 (Publisher: CBS has raced to the front of the line to promote War with Iran and the rest of the Middle East. I have never been more worried for my grandchildren. I'm certain that my wife Donna and I will be motivated to act creatively and will encourage others to be creative... We'll think on it a bit. Please do the same. More later)

Ron Paul Gets 89 Seconds In Tv Portion Of CBS Debate 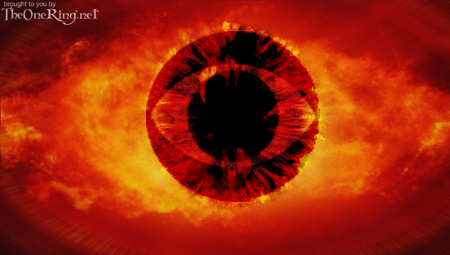 What You Didn't Realize About the CBS/NJ/Wofford Debate: Fret Not

I'm hear to tell y'all....Ron Paul owned Spartanburg, South Carolina tonight at the CBS/National Journal/Wofford College debate. You may be upset over the "89 seconds" Ron Paul was given in the debate to reply but the real excitement was happening before airing and during commercials.

Someone screamed (in the quiet) "WE LOVE YOU RON PAUL!!" and the whole place went wild with applause and hooting etc.

When Herman Cain walked on stage, a DP member yelled "ZERO, ZERO, ZERO" which got the crowd going again...

Then a single troop stood up, STOOD UP (in fatigues) and hollered "THE TROOPS SUPPORT RON PAUL!!"

And so it went on throughout the debate, Ron Paul got the most applause, folks kept hollering out "RON PAUL!!"

So I'm just here to confirm to you that I witnessed it with my own eyes and ears. There was a lot of support for Ron Paul in the debate crowd tonight. We drew a lot of attention to Dr. Paul that we are obviously endeared to him unlike any other candidate. If no one knew about Ron Paul before the debate, I'll bet they're looking him up now!!

Here are a few videos from today:

“Ron Paul consistently polls among the top three in the key early voting states of Iowa and New Hampshire. He is polling in double digits in most respected polls.

“Congressman Paul is ranked among the top three in fundraising results.

“Congressman Paul is a veteran.

“And, Congressman Paul has contrasting views on foreign policy that many Americans find worthy of inquiry and discussion.

“CBS's treatment of Congressman Paul is disgraceful, especially given that tonight’s debate centered on foreign policy and national security.

This discussion is an interesting entertainment for me and for the general public. I laughed quietly.

There is a comment below that proves this "dream-world" theory about Ron Paul exists. It says someone might get "elected" and implement Ron Paul’s "weird ideas". If Ron Paul himself is "unelectable", how could someone like him get elected? This comment could only come from a "dream-world", from a "sleep-talking" fan that Mr. Tan describes. Mr. Tan is indeed very clever and articulate in exposing this Ron Paul "dream-world" fantasy.

This joke made me laugh, it tickles. I am sure the reading public can’t stop giggling.

JV, I do agree that these people who walk and say things in their sleep don’t get it. You want them to understand that Ron Paul could never be a GOP candidate for president, and can never, never become President of the United States. The reason why MSM like CBS ignores him is that their public rating will drop if they endorse and publish a "nuisance" candidate.

People who are sleep-walking and sleep-talking about Ron Paul’s bright chance of becoming President will never get it as long as they are still in their sleep world and have not awaken yet. They will wake up when Ron Paul drops out and nothing of him will be heard of anymore.

They still didn’t get it why Americans [except the Video-scripted "handful" of supporters] and MSM considered Ron Paul a "nuisance" candidate. They do not take his bizarre ideas and useless presidential campaign seriously. It is a waste of time for VT and others explaining why he was a "gadfly". They don’t get it.

I think everyone should say no more and just wait a little while as VT had suggested. It is not long now. Ron Paul will drop out, and soon this sound and fury shall have been long-gone and sanity restored.

Letting Ron Paul debate was more of a CBS test than anything. CBS, along with the rest of mainstream media, have 2 major goals in mind. The first is to make money. The second is to promote a form of fascism that coincides with the goals of Big Money and Big Government.

Since enough of the general public wants to hear what RP has to say, CBS needed to, at least, give him some coverage. If they didn't, their ratings would have gone down in some areas. The people would find other places to get their RP info (as they are anyway). The method that CBS used was about the best that they could come up with to maintain their ratings among the RP people while promoting Big Government at the same time.

As Ron Paul's popularity increases, we can expect to see him in mainstream media more and more. Why? If something happens that Ron Paul, or someone that holds similar ideals, is elected, and if his goals of reducing the size of Big Government happened to be implemented, mainstream media wants to be around to keep on making money. So they need to all cover their bases as best they can while offending the least numbers of people possible.

If you would like to let CBS know what you think about their coverage of Dr. Paul, the page below has an easy to use feedback form. I selected "CBS Evening News" in the list of categories labeled "Regarding".

For myself I find their behavior disgusting and I told them in no uncertain terms.

As corrected: They don’t seem to get it. CBS does not consider Ron Paul’s "street economics" worth a second to cover. The 90 seconds out of the 3,600 seconds of CBS’ block time for the debate was a $ loss in terms of commercial when Ron Paul marketed his unmarketable "weird" ideas how to run the economy in a total of 90 seconds.

Not only CBS but also MSM [Main Stream Media] ignores Ron Paul. To MSM, he was a "nuisance" not worth covering.

The reason why he is dropped out of MSM's attention was obvious, but still they don't get it.

They don’t seem to get it. CNN does not consider Ron Paul’s "street economics" worth a second to cover. The 90 seconds out of the 3,600 seconds of CNN's block time for the debate was a $ loss in terms of commercial when Ron Paul marketed his unmarketable "weird" ideas how to run the economy in a total of 90 seconds.

Not only CNN but also MSM [Main Stream Media] ignores Ron Paul. To MSM, he was a "nuisance" not worth covering.

The reason why he is dropped out of MSM's attention was obvious, but still they don't get it.

90 seconds was too long but entertaining.

Don’t get mad if I say this as a matter of opinion: The 90 seconds time was too long for the viewers to listen to Ron Paul – too long for an "unelectable" candidate to speak something that the panel does not take seriously anyway. The discussion of issues of critical importance to the country was serious, and when the "unelectable" candidate in the panel intervened, the interruption turned into a break time while the TV camera focused on the other candidates chuckling and winking at each other mischievously. As expected, the bored audience welcomed this short interruption by clapping their hands and making catcalls. That was how important Ron Paul’s 90 seconds participation was. To some die-hard supporters, that should make him the next President of the United States.

What got me was that Ron's message was "we're BROKE, People!" and EVERYTHING everyone else said equated to SPEND SPEND SPEND!  Too bad that wasn't pointed out to the audience, but then again how much can one do IN 90 SECONDS?

I just commented on CBS' Winners and Losers article. This is what I commented: "The real loser was CBS with its highly biased mediators. Without a doubt, this was the worst "debate" yet. Ron Paul should have walked off the stage in disgust! At least we know what CBS stands for now -- Concentrated Bull Sh**! And CBS wonders why its ratings stink...I will never watch your network again. Ron Paul 2012!"

Here is the reply from Ron Paul's camp:

That's how much of the first hour of tonight's GOP debate was given to Ron Paul.  90 measly seconds out of 3,600 seconds.

The remaining 3,510 seconds were spent with the other major candidates:

** Declaring their desire to start wars in Iran, Pakistan, and Syria;

** Rehashing their support for torture;

** Agreeing that President Obama has the right to unilaterally assassinate an American citizen without a court conviction;

** Explaining their plans to continue nation-building, policing, and occupying countries across the globe.

It literally made me sick watching the mainstream media once again silence the one sane voice in this election.  The one dissenter to a decade of unchecked war.  The one candidate who stands for true defense and actual constitutional government.