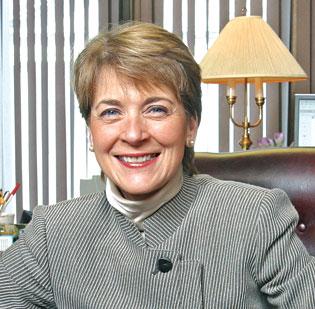 Martha Coakley attorney general
In this press conference on December 1, 2011, Massachusetts Attorney General Martha Coakley announced that the commonwealth had filed a lawsuit against five major banks for engaging in unfair and deceptive practices in foreclosure,  Attorney General Martha Coakley announces today she has filed a lawsuit against five of the nation’s largest banks.
Bank of America    (NYSE: BAC), Wells Fargo    (NYSE: WFC), JP Morgan Chase    (NYSE: JPM), Citi    (NYSE: C) and Ally Financial    are among Coakley’s targets in a lawsuit she is set to announce in a news conference Thursday at 1 p.m.

Bank of America is the largest bank in Massachusetts by deposits at the end of 2010, according to BBJ research.

According to a news release emailed earlier today, “The AG’s lawsuit seeks accountability for the banks’ unlawful and deceptive conduct in the foreclosure process, including unlawful foreclosures, false documentation and robo-signing, MERS [mortgage electronic registration systems], and deceptive practices related to loan modifications.”

One wonders about Mr. Costanzo's logic behind posting this article. Aside from the fact that this action is not surprising since Coakley is a Democrat, she is a typical politician and lacks any credibility with this suit. On the one hand politicians like her take credit when the economy is great but then scold and (in this case) sue companies who created the growth when the economy was good when the economy goes bad.

I wonder if she and her fellow politicos (like Romney) will admit that it was their interventions that lead to the awful state of the Massachusetts's health care market thanks to Romneycare. I have no doubt it will be a warm, summer day in the South Pole when she and Mr. Costanzo admit that it was government action (not the banks) who created the economy debacle we are in in the first place.