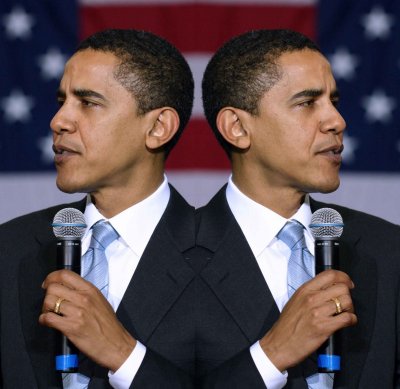 Syria and Iran are targeted. Regime change is planned. At issue is replacing them with client ones, controlling the region's strategic resources, and depriving key rivals China and Russia from access.

Moreover, conditions ahead look worse because tax revenues are half what's needed. Economic sanctions also impede oil revenues. As a result, the estimated 2012 budget deficit will be about 529 billion Syrian pounds ($9 billion dollars) out of a total $1,316 billion budget. A 40% revenue shortfall amounts to 18% of GDP.

The solution requires banks and corporate Syria to help. They're able to provide considerable government funding from their "enormous profits during the economic reform and liberalization process." Doing this can be done through laws specifying amounts, rates and terms.

Syria can only raise 60% of budget needs. It can't borrow so needs other ways to cover the shortfall. Currently, 59 Syrian pounds = one US dollar. So far, economic collapse has been prevented. However, it's coming without help, and with it greater pressure on an already beleaguered regime.

Options include a no-fly zone, a humanitarian corridor or safe zone along the Syrian/Turkish border, increasing aid to insurgent forces, bring in greater numbers, tightening sanctions further, perhaps a blockade, and if other measures fail, then war.

In fact, under international law, blockades are acts of war. They're variously defined as:

• surrounding a nation or objective with hostile forces;

• measures to isolate an enemy;

• preventing the passage in or out of supplies, military forces or aid in time of or as an act of war; and

• an act of naval warfare to block access to an enemy's coastline and deny entry to all vessels and aircraft.

So far, it's not imposed, but anything ahead is possible.

"If the Syrian regime continues to resist and disregard Arab League efforts, the international community will consider other means to protect Syrian civilians."

"The (SNC) is entering a critical phase in the Syrian revolution whereby the hope of a continued campaign of passive resistance to an exceptionally brutal and unrestrained regime is becoming more and more akin to a suicide pact."

"There were some places where the situation was not good. But there wasn't anything frightening at least while we were there. Things were calm and there were no clashes."

On December 31, Press TV reported 150 monitors saying Syrian officials were cooperating. As al-Dabi said, they found normal conditions in Homs, the epicenter of unrest. It confirms independent reports of an externally generated insurgency if violence there resumes.

"We constantly work with the Syrian leadership calling on it to fully cooperate with observers from the Arab League and to create work condition that are as comfortable and free as possible."

According to a delegation source:

"The observers saw the snipers with their own eyes in Douma," a town on the outskirts of Damascus. In fact, insurgents positioned on rooftops and elsewhere are responsible for much violence. They're killing civilians and security forces.

Expect Arab League monitors to report otherwise. If not Al-Dabi, then others sent to say what Washington wants to hear. Al-Dabi will be discredited or ignored. Western media scoundrels will regurgitate propaganda. When America goes to war or plans it, pack journalism follows in lockstep.

Increasing Syrian destabilization looms. Expect intervention to follow, perhaps a blockade or war like against Libya. On December 27, the Mossad-connected DEBKAfile said Qatar was involved in building a "Sunni intervention force of Libyan, Iraqi terrorists against Assad."

In 2012, pressure's building for a confrontational showdown. If Assad's successfully ousted, Iran's likely next. General war may follow if China and Russia intervene to protect their regional interests.