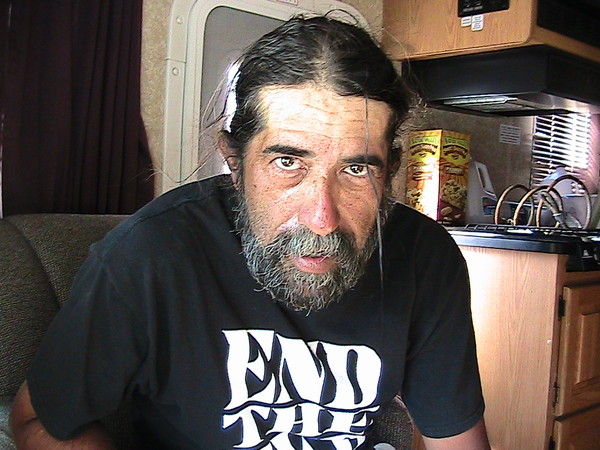 Five days across the Arizona desert in July for Ron Paul and YOU!
I freely choose altruism.  I embrace it with every molecule in my body.  It seeths from every pore.
I never really understood why my second wife used to get so aggravated with me, and she would exclaim "Oh Eddie, you're such an ALTRUIST!" like it was a bad thing.
Funny, I always had this definition that it was wanting to do the right thing because it was good and, well, right.  Because God wanted us to do the right thing, and be 'righteous people'.
This morning, before I began to write my Editorial of the New Year, I pulled up the results for the definition of altruism, and a flood of insight hit me like a ton of bricks.
"...is a concern for the welfare of others." said Wikipedia.
"Unselfish concern for the welfare of others; selflessness." states Answers.com
"the principle or practice of unselfish concern for or devotion to the welfare of others ( opposed to egoism )." from dictionary.com, and then "Loving others as oneself." from Altruists.org!
Whoa.
Then it got heavy.
Merriam-Webster said it was an "1: unselfish regard for or devotion to the welfare of others. 2. Behavior by an animal that is not beneficial to or may be harmful to itself..." followed by Plato.Stanford,edu stating "In evolutionary biology, an organism is said to behave altruistically when it's behavior benefits other organisms, at a cost to itself."
This has been me all of my life.  Quite often it has been to my direct detriment, but I never connected the low economic subsistence level I endure today (and throughout my past) to my altruistic ideology - until today.
I wouldn't be ass-deep in debt if I had been working a 9-to-5 for the last few YEARS instead of exerting myself to make up for the lack of my participation in the self-governing process while I was a drunk for the first half of my life.
My wife would kill me or have dumped me a long time ago if she didn't love me the way she does.  I know how it pains her that we don't have the money for a lot of things that would make her happy.  I was very tempted to apply for an recent opening that I know I am more than qualified for, but at this point in time I feel that we are at such a critical juncture in the current election cycle that to be pinned down with an employer would hurt my ability to get so much accomplished that I cannot commit.
To the benefit of others, and the detriment to myself.
If there were no 'Ron Paul' to publicly strike at the root of tyranny I WOULD NOT BE HERE.  There is no other 'messenger of truth' in a position to make a difference of any kind to the masses, and I don't forsee another for longer than it will take for them to finish us off!  If anyone thinks I (and many like me) are willing to continue to live the way we are for another four years you are out of your ever-loving minds!  THIS IS IT, FOLKS, and if it doesn't happen - HEAD FOR THE HILLS.
I cannot begin to imagine what lies in store for the Human Race in 2012.
But I'm ready for it!
I hope you are too.
Happy New Year,
Ed Vallejo,
Altruist
1/1/2012

Did I Inherit My Father's 'Guardian Angel?

Grief Is Circular: On The Long Ride

The Women Who Want to Be Priests

"We Are Living In A Simulation, Wake Up!" - Elon Musk

Why The Oligarchs Fear Christianity

Christmas Magic: Moment Frozen in Time Where the Bolt Goes Into the Bottom of the Globe

A Gathering of the Tribe

The nine veils that shroud the human Experience