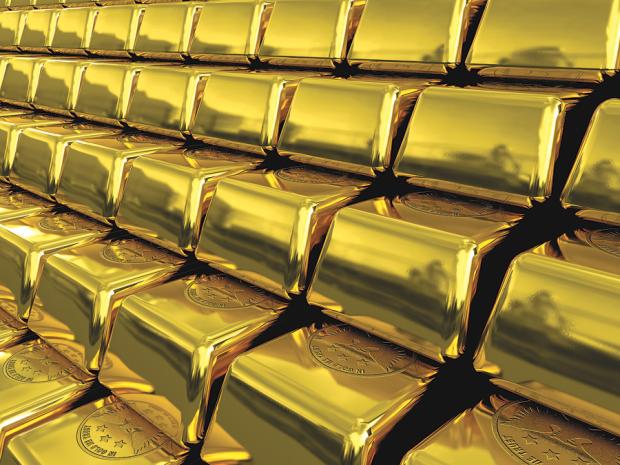 2011 was remarkable in many ways for the precious metals markets. Gold soared to new highs in early September, hitting at an intraday record of $1,920/ounce on the fifth. Silver screamed to within a hair of $50 on April 28. Corrections ensued, and the metals ended the year on a disappointing note for silver and an underwhelming note for gold. Equities for the sector were down, to way down for junior ventures, logging their worst annual return since 2008.

Here's a table of 2011 returns from most major asset classes: Gold registered its eleventh consecutive annual gain, extending the bull market that began in 2001. The yellow metal gained 10.1% – a solid return, though moderate when compared to previous years.

Silver lost almost 10% year over year, due primarily to its dual nature. Currency concerns lit a match under the price early in the year, while global economic concerns forced it to give it all back later.

Gold mining stocks couldn't shake the need for antidepressants most of the year, and another correction in gold in December dragged them further down.

Meanwhile, those who sat in US government debt in 2011 were handsomely rewarded, with Treasury bonds recording one of their biggest annual gains. In spite of the unparalleled downgrade of the country's AAA credit rating, Treasuries were one of the best-performing asset classes of the year. The driving forces there are expanding fear about the sovereign debt crisis in Europe, combined with the Fed's promise to keep interest rates low through 2013.

But perhaps it would be more accurate to look at 2011 in a larger context. How did these investments perform over the past three years? There's a lot to be said about the chart above, but we'll cut to the chase: Despite the higher volatility, we'd much rather be investing in the assets on the left side of the chart than those on the right.

But 2011 is now part of the history books. The important question before us is: Is gold still one of the best places for money going forward? Let's take a look at what we might expect in 2012 based on what we just left behind…

Gold demand from investment and central banks grew tremendously last year. Further, the geography of gold buying was widespread, with big purchases coming from Europe during the initial bouts of their crisis and Japan after the Fukushima accident. Small investors and monetary authorities alike purchased gold due to economic, financial, monetary, and political concerns. Quite frankly, we see none of these factors changing anytime soon.

Further, many countries continue to debase their currencies at phenomenal rates (see Bud Conrad's related article below). While US Treasuries may be a good temporary parking spot for cash, don't kid yourself about what's behind it all: nothing. The dollar is a fiat currency, no more. A true safe haven is something that cannot be debased, devalued, or destroyed by any government. After accounting for inflation, your dollars are worth less every year.

The reasons for gold's bull market aren't going away anytime soon. Make sure you have enough exposure to make a material difference to your portfolio.

Don't Be Deceived by Promises of Economic Growth

The US economy ended the year on a high note – the job market is improving, gas is cheaper, consumer confidence grew, real estate showed signs of recovery, and the holiday shopping season turned out better than most economists expected. So, can the US grow its way out of the debt burden? Can we forget about further money printing schemes that are bullish for gold?

We think there's little chance that growth will be sustainable in 2012. First, the biggest chunk of GDP growth in 2011 came from personal consumption – savings cuts and income growth in particular. Strong GDP growth comes from production, not consumption. As Doug Casey has stated many times, it's also the secret to personal wealth: "Produce more than you consume and save and invest the difference."

Second, according to a recent Time article, "The government says that once you adjust for inflation, weekly earnings dropped 1.8% from November 2010 to last month" [November 2011]. As a result, "Consumers have used savings or credit cards to finance their purchases." This is hardly a sign of a strong economy.

Combining these facts with surging government debt and ongoing deficit spending means the "growth" in GDP is largely supported by… debt. US debt surpassed GDP last year for the first time since 1947, and if the Keynesians get their way, the cure for our massive debt overhang will be… more debt. Any such scheme, regardless of its name, is very bullish for gold.

Preserve your wealth with gold, not fiat currency.

The Gold Price Will Continue To Be Volatile

The average annual gold price in 2011 was $1,571.50/ounce, which was 28% higher than the prior year's average. As we outlined in a recent article about gold corrections, the average retreat in gold since 2001 (of those greater than 5%) is 12.5%. Declines of this degree are normal. They will happen again. Thus, expected price behavior leads us to get excited when gold and related stocks go on sale, not depressed about the dips.

If you buy gold during corrections, your gain by the end of the year will be higher than the annual advance.

Yes, precious metals stocks have lagged the underlying commodity price throughout the year. Yes, they were a disappointment in 2011 – but 2011 is only one chapter in this gold bull-market story. For most miners, margins are high, dividends are increasing, and valuations are extremely low, despite the recent fall in metal prices. We can't tell you exactly when the turnaround will begin, but we're confident that the time is coming when gold stocks will once again bring us leveraged performance, particularly when the greater investment community recognizes their value and clamors for increased exposure to the gold market.

The old adage to buy low and sell high still applies. When it comes to gold stocks, we're at the "buy low" part of the formula right now.

So, if you're feeling like 2011 was a dud for your gold portfolio, we suggest you shake off the funk. It is precisely when such feelings abound that contrarian buying opportunities are at their best. The way to buy low is to buy when others are selling. Using the current weakness in prices to get positioned for the next liftoff is the way to play this. Remember that volatility cuts both ways: just like dips, a springboard to the upside will come – of that we're certain. And given the tenuous state of global finances and the temptation to print, one of these liftoffs is going to be life-changing.

[2012 could be one for the record books for gold and gold stocks, based on the simple fact that big climbs follow big falls – and Casey Research expects many more big climbs in this bull market. Learn how Jeff Clark boosted his mother's IRA over 90%... something you can do, too.]