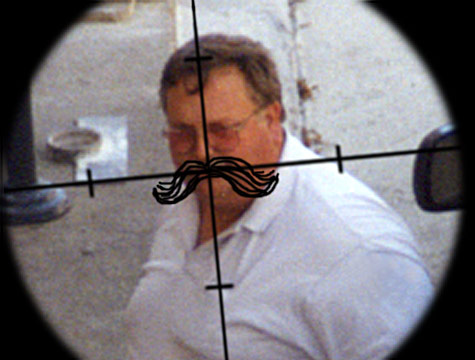 Obama's alleged pullout repositioned troops nearby and left many there. Moreover, an army of paramilitary killers infest the country.

Daily violence, chaos, terror, environmental toxins, and unmet human needs also punish Iraqis. So do lawless detentions, torture, lack of press and other freedoms, and daily misery. America destroyed the cradle of civilization. It no longer exists. The loss is incalculable.

Lack of press freedom alone is troubling. In February 2011, Human Rights Watch (HRW) published a report titled, "At a Crossroads: Human Rights in Iraq Eight Years after the US-Led Invasion."

Journalists doing it face enormous risks. Two television presenter critics were "beaten by security officials on different occasions over the past two years." A cameraman was dragged from his car and assaulted.

Others are arrested or receive death threats. One journalist said he received them dozens of times. One dated September 24, 2009 read:

"We will behead those who contribute to the perversion and corruptition of the lands of Islam."

Another said, "Dig your grave, sew your death shroud, and write your will. Be prepared for your fate of death."

After publishing a 2006 article on high-level Basra city council corruption, death threats forced a local journalist into hiding for his safety. He "paid a high price" for writing truthfully.

Other journalists told HRW that Baghdad and Basra security forces prevent them from filming or taking photographs in public. Terror attack sites are especially sensitive. On May 13, 2007, the Interior Ministry banned photographing bombing scenes. Allegedly it's to let police secure affected areas and help victims. In fact, it's to suppress truth.

During January 2009 provincial elections, journalists were prevented from entering polling stations, detained, beaten, and had their equipment confiscated and destroyed.

According to Journalistic Freedoms Observatory (JFO) member Ziad, "The biggest problem that journalists have to deal with in Iraq is the dictatorship mindset of security officials."

Security forces are "terrified" by cameras. "Iraq is a police state and the police here do not understand freedom of expression."

Iraqis know "the power of photographic images, and they know that if there are no photographs of a bomb, it has far less impact abroad." It's "definitely a culture of 'See No Evil.' "

In its 2011 report, AI found "disturbing evidence of targeted attacks on political activists, torture and other ill-treatment of people arrested in connection with protests, and attacks or threats against journalists, media outlets, government critics, academics and students."

It reported deplorable conditions overall, including abuses and killings by armed groups, detention without trial, torture and ill-treatment, deaths in custody, persecuting former Ba'ath party officials, "serious" human rights violations by US forces, violence against women and girls, millions still living as refugees, 1,300 prisoners on death row, and another 279 sentenced to death.

Throughout the occupation, US forces are especially culpable. Their mission includes targeting journalists. In 2005, CNN's then news division head, Eason Jordan, admitted during a Davos, Switzerland panel discussion that "he knew of about 12 journalists who had not only been killed by American troops, but had been targeted as a matter of policy."

Damage control tried to whitewash his comments. Clear evidence supports them. Stating them publicly cost him his job. Earlier, BBC's Kate Adie told Radio One Ireland that independent journalists are targeted. They still are.

In 2003, US forces killed journalists at Baghdad's Palestine Hotel. At the same time, the Baghdad offices of Al Jazeera and Abu Dhabi TV were targeted for broadcasting graphic footage.

Nicola Calipari, a military intelligence major general was killed. Sgrena and another officer were wounded but escaped alive. At the time, an international outcry followed the incident.

Reporters Without Borders (RSF) on Press Freedom in Iraq

Iraq's also "the world's biggest market for hostages." Over the same period, 93 journalists and other media professionals were abducted. At least 42 were executed. Another 14 remain missing.

RSF's report "pay(s) homage to all of the media professionals who gave their lives in order to keep the public informed, despite the risks they were taking."

They indeed paid dearly. So have Iraqis. War, occupation, and repression "were nothing short of disastrous."

On January 7, 2012, RSF listed the 10 most dangerous places for journalists in 2011. Overall, 66 were killed, 1,044 arrested, 1,959 assaulted or threatened, 499 censored, and 71 kidnapped. Naming Pakistan the year's deadliest country for journalists, it said one-third of those killed were Middle East-based.

As a result, many journalists fled for their safety. Some went to other Middle East countries Others sought asylum in Europe.

Press freedom's "a long way off in a country where journalists say they are routinely imprisoned, beaten or simply killed by" US and state security forces.

Like elsewhere across the region, Iraqis also began protesting for freedom and social justice. However, journalists "trying to cover their protests were all but silenced by government security forces."

"There seems to be a high level of intolerance for dissent, or for public criticism of either government policies, or of particular leaders."

"Three or four or five riot police were around me. One of them slapped me in the head. Another one kicked me in the butt, and they kinda grabbed me fast."

Thanks to help from two foreign journalists, he managed to escape, but stopped covering protests for his safety.

"It became hard for journalists to" try. He stopped because he's afraid of being arrested and mistreated.

Other Baghdad journalists were afraid to appear on camera. In northern Kurdish areas, RT's Sebastian Meyer interviewed Ahmen, a photographer arrested for covering similar protests. Held for four days, he was tortured.

"....(S)ix men came to the room and started to shout at me and beat me with cables. Then they electrocuted me. They wanted me to admit that I hadn't been at the protests."

After release, a friend photographed his wounds and published them in a local magazine. Ahmed was again arrested and punished.

Afraid of reprisals, he requested his face be blurred in video footage and name changed.

Press freedom "is not protected by the government. The government is against anything and you can see that there are people in the Ministry of the Interior, for example, they are misusing their power against citizens and against journalists. They keep accounts and some of them have been fired."

RT concluded saying that nearly nine years after America showed up, credible press freedom's absent. So is democratic governance without it.