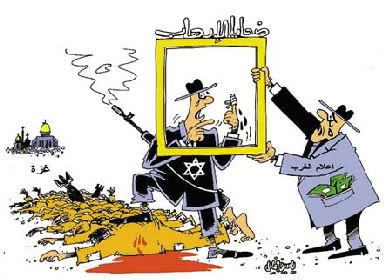 "The bill would make 'illegal' migrants and asylum seekers liable to jail, without trial or deportation, if caught staying in Israel for 'long periods.' "

Moreover, anyone helping them or providing shelter faces five to 15 years in prison for being a good samaritan. Avoiding it involves proving they didn't know the refugee lacked residency status and wasn't guilty of alleged criminality.

Netanyahu and extremists around him sponsored the bill. It followed a similar July 2010 proposal, dropped after widespread criticism.

The measure amends the 1954 Law to Prevent Infiltration. Limited to emergency conditions, it specifically targeted Palestinian and other Arab Fedayeen freedom fighters.

The new measure targets refugees and asylum seekers and families. Minimally, they'll be imprisoned for three years. However, detentions may be extended indefinitely.

The law only allows judicial oversight by an administrative court after 14 days. It's forbidden to release detainees sooner than three years except under very hard to prove extraordinary humanitarian circumstances.

The Association for Civil Rights (ACRI) in Israel called the 2010 measure "one of the most dangerous bills ever presented in the Knesset." Despite softening, its new version remains brazenly draconian, undemocratic and shameful.

ACRI calls it "draconian and immoral, and its entire purpose is to deter refugees from entering Israel. The law blatantly disregards Israel's most basic commitments as a member of the community of nations and as a signatory to the Convention Relating to the Status of Refugees."

"The State of Israel has the right to protect its borders, but not by trampling human rights and ignoring democratic values."

In 2010, ACRI explained "lies and reality" in the bill's original version. It main provisions included:

• those entering with weapons faced minimal 20 year sentences, including for having an ordinary pocket knife;

• those caught entering could be summarily deported to war zones or nations with notorious human rights records;

• if not immediately deported, imprisonment or indefinite detentions followed;

• judicial review was prohibited for two weeks or longer; and

The current measure targets persons entering Israel without permission or caught carrying weapons or drugs. It also applies if convicted of human trafficking. Most of its original provisions remain.

The bill's sole purpose is to deter refugees and asylum seekers from entering Israel for any purpose. In addition, migrant worker residents can be imprisoned for three years to life for misdemeanor type offenses.

Before passage, Hadash party MK Dov Khenin called the bill "dangerous, immoral, unconstitutional and contrary to the law of human dignity and freedom. It runs contrary to Israel's international commitments, and the Knesset should reject it out of hand."

Israel's inhospitable history is appalling. Jews alone are welcome. International law stipulates otherwise. Article I of the 1951 UN Convention Relating to the Status of Refugees calls them:

"A person who owning to a well-founded fear of being persecuted for reasons of race, religion, nationality, membership of a particular social group or political opinion, is outside the country of their nationality, and is unable to or, owing to such fear, is unwilling to avail him/herself of the protection of that country."

The UN's High Commissioner for Refugees (UNHCR) is mandated to help them. To gain legal protection, they must:

• be outside their country of origin;

• be harmed or fear harm by their government or others;

• fear persecution for at least one of the above reasons; and

• pose no danger to others.

The Knesset's 1950 Law of Return grants all Jews worldwide the right to citizenship and residency. Yet no refugee law exists, despite Israel being a signatory to the UN's 1951 Convention.

Among Western states, Israel is least hospitable to refugees and asylum seekers. At best, some get temporary limited stays. Most often, they're summarily denied, including those with legitimate persecution fears.

On January 11, a Haaretz editorial headlined, "Israel's anti-infiltration law is a disgrace," saying:

"Of all the antidemocratic laws that have descended on us of late, it is perhaps the most shameful."

Nonetheless, it passed 37 - 8. As a result, non-Jewish refugees, asylum seekers, or migrants seeking work are criminalized.

"Words fail in the face of such a disgraceful act of legislation. Sending desperate human beings, who come to Israel" with legitimate fears or for work can be imprisoned indefinitely without trial.

Most pose any threat whatever. Imprisoning them "is intolerable." Nonetheless, "a jingoistic" draconian measure became law.

It's more proof of an out-of-control rogue terror state unfit to live in. No wonder many Israelis vote with their feet and leave.

I guess Lendman got some more orders from the Kremlin and/or some more Palestinian money to single poor outnumbered surrounded Israel out for delegitimization while treating the BAD GUYS with the blinkers.  He never mentions that Israel is 1/19th the size of California, and that the 22 surrounding Arab countries are 640x larger, but just have to have that little sliver of land no matter how many JEWS they have to kill.

So why do so many Africans risk their lives to crowd into little surrounded Israel? Because it's a HEAVEN compared to every other country anywhere nearby.  Much like Mexicans risk their lives to come to the U.S., except that its tiny size and fear of Muslim terrorist infiltrators makes it a national priority to have tight border security, hence their Infiltrator Law is just common sense.  If the MUSLIMS WOULD CLEAR OUT OF ISRAEL FROM THE NILE TO THE EUPHRATES so that it had a more decent amount of Lebensraum and security, they would be the first to relax their laws and welcome immigrants.  THEY'RE THE GOOD GUYS.

Does Lendman work for the Kremlin?  If not he should put in for past paychecks :)


The reason so many African refugees end up in Israel is because if they stay in Muslim countries like Egypt they are shot and killed.  So when are you going to do a report about that?