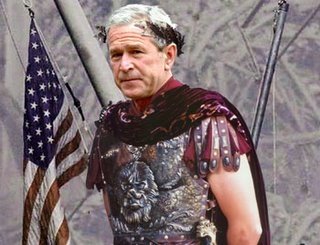 America tolerates no independent states. Making them client ones is prioritized.

Washington, Israel, and rogue allies use many destabilization tactics. They include fake accusations, political and economic sanctions, isolation, covert and direct confrontation, cyberwar, targeted assassinations, and other provocations short of war perhaps planned.

"We assess with moderate confidence Tehran had not restarted its nuclear program as of mid-2007, but we do not know whether it currently intends to develop (them)."

"Tehran's decision to halt its nuclear weapons program suggests it is less determined to develop (them) than we have been judging since 2005."

In February 2010, America's Annual Threat Assessment of the US Intelligence Community for the Senate Select Committee on Intelligence said:

"We do not know....if Iran will eventually decide to build nuclear weapons." No evidence of an ongoing program was presented.

In other words, years of sophisticated satellite, covert, and other intelligence showed nothing.

Yet baseless accusations persist. Major media scoundrels highlight them. Hostile rhetoric is featured. On January 10, a Washington Post editorial headlined, "The US needs to intensify sanctions on Iran," saying:

Iran's Fordo facility began enriching uranium to 20%, "80 percent of the processing needed to produce bomb-grade material.... "Iran claims" it's "for a research reactor."

"In short, the new (Fordo) operation crosses another important line in Iran's advance toward a nuclear weapons capability. Was it a red line for Israel or the United States?"

Moreover, as explained above, the combined (16-agency) US intelligence assessment found no evidence of an Iranian nuclear weapons program. Post editors ignored it. Instead, spurious, provocative, hawkish allegations are featured, not truth and full disclosure.

Iran's "unwilling to stop its nuclear activities or even to make significant concessions....This doesn't mean that the Obama administration should reject further dialogue, or take military action. It does mean that every effort must be made to intensify sanctions - and in particular to stop....Iranian sales of oil everywhere in the world."

"Iran may be feeling some economic pain, and it may be isolated. But its drive for nuclear weapons continues."

For decades, Israel's been nuclear armed and dangerous. Its grand strategy dictates nuclear weapons use in response to unspecified "nonconventional" attacks. It also suggests preemptive use against Iran's underground facilities, and has US-supplied bunker buster capability for it. Perhaps a joint US/Israeli attack is planned.

Covert Operations and Other Destabilization Tactics

On November 12, 2011, an explosion destroyed the Revolutionary Guard's Bid Kaneh base. Seventeen deaths resulted, including a founder of Iran's missile program.

On November 28, another Isfahan explosion badly damaged a uranium enrichment facility. On December 11, a Yazd explosion at a steel mill allegedly linked to Iran's nuclear program killed at least seven.

Employed at the All-Russian Scientific Research Institute of Technical Physics until 1989, his work entailed synthesizing diamonds, not nuclear technology. As part of the Institute's gas dynamics group, he began studying the process in 1960.

He later joined Prague's Institute of Materials Science Problems, then based in Ukraine.

A powerful sticky bomb was attached to Roshan's car. Its detonation killed him, seriously injured his driver, and caused extensive damage.

Wednesday's killing was the fourth targeting Iranian scientists involved in its nuclear program since 2010. Current head of Iran's atomic agency, Fereydoun Abbasi, narrowly escaped an attempt on his life.

Last November, missile expert/General Hassan Moghaddam was killed in the blast at Bid Baneh base outside Tehran.

In May 2011, an Iranian Abadan oil refinery explosion killed one and injured six.

In November 2010, a bomb attached to his car killed nuclear engineer Majid Shahriyari.

In January 2010, a bomb outside his home killed nuclear scientist/Professor Massoud Ali-Mohammadi.

On January 10, Israeli chief of staff Benny Gantz called 2012 a "critical year" for Iran," partly from "things that happen to it unnaturally."

Iran's UN ambassador Mohammad Khazaee protested in a letter to Secretary-General Ban Ki-moon, blaming "certain foreign quarters (of) terrorist acts" targeting Iran's "peaceful nuclear program, under the false assumption that diplomacy alone would not be enough for that purpose."

The Times reported that current and former US officials say "(t)he CIA has repeatedly tried to derail Iran's uranium enrichment program by covert means, including introducing sabotaged parts into (its) supply chain."

It also said Wednesday's assassination "fit a pattern over the past two years of covert operations by the West and its allies to 'degrade and delay' Iran's nuclear program."

France's Le Figaro said "the US and Israel have carried out multiple acts of sabotage against sensitive nuclear installations, while ordering targeted killings of Iranian nuclear experts."

Former CIA case officer Art Keller told the Los Angeles Times, "We are definitely doing that. It's pretty much the stated mission of (CIA's) counter-proliferation division to do what it takes to slow....Iran's weapons of mass destruction."

Iranian nuclear scientist defections are also encouraged. In fact, Shahram Amiri claims CIA operatives kidnapped him. Press TV reported he said US and Saudi forces abducted him 2009 while on a pilgrimage to Mecca. They tried to bribe him to say he escaped from Iran.

"Amiri insisted that he was offered $10 million to appear on CNN and announce that he had willingly defected to the US." Instead, he took refuge in Pakistan's Washington embassy, "urging an 'immediate return' to Iran." He later dismissed comments about his defection. Iran held America responsible, saying Amiri was freed after refusing to cooperate.

Washington, Israel and rogue allies perhaps intend 2012 to be decisive. Both Iran and Syria are targeted. If regime change by other means fail, expect war to follow with potentially devastating consequences.

Nonetheless, hawkish fools seem intent on rushing in where angels fear to tread. Expect ordinary people to suffer most. This time could be catastrophic.

1 Comments in Response to Waging Covert War on Iran

America tolerates no independent states. Making them client ones is prioritized.

This is so sick and wrong it definitely must have been written in the Kremlin. It's totally Marxist in outlook, failing to mention anything other than economic reasons for the way people and countries act.  In short, it never mentions ISLAM.  Hence, it's total moose hockey.

It's atheist Russia that was nakedly imperialist for 90 years as the Soviet Union.  Maybe Lendman's crapola is a herald of the news that it's about to come back.