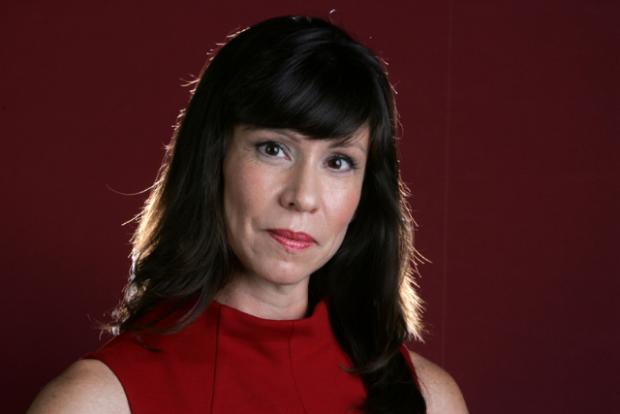 Mary, Mary Quite Contrary, Ron Paul Scares the Media and Establishment to Death

Mary Sanchez call 816-234-4752 msanchez@kcstar.com I enjoyed melting her phone hope you do as well!

The Texas congressman doesn’t have a chance of winning the GOP presidential nomination. In fact, it’s looking like no one does against Mitt Romney.

Mary, Mary quite contrary, Ron Paul is going to WIN and the BORG ESTABLISHMENT is starting to FREAK OUT and is scared to death!

Yet Paul seems to be enjoying a certain momentum. The contrarian libertarian placed a respectable third in the Iowa caucus, garnering 21 percent of the vote, just behind Romney and Rick Santorum, who each polled just under 25 percent of the vote.

Mary, you dolt, in Iowa it was a 3 way tie with all the top candidates receiving 6 delegates each.  THAT WOULD BE CALLED A TIE!  Further Ron Paul is a Republican are you really that tarded?

In New Hampshire, Paul continued to improve. He still finished well behind Romney, taking 23 percent of the vote compared to Romney’s 39 percent, but he took second and looked more like a serious candidate than the fringe also-ran he was in 2008.

Mary you imbecile, Ron Paul is not the fringe, he is main stream  We The PEOPLE.  Only those in the government-industrial complex and their cheer leaders consider him “fringe”.  Would you consider George Washington, Thomas Jefferson and Benjamin Franklin, “fringe”?  Furthermore Ron Paul destroyed Rick Santorum and Newt Gingrich who are both clearly out of touch with everyone except for BIG GOVERNMENT STATISTS.

It won’t be enough to upset the GOP’s anointed candidate — not in this election cycle. However long Paul remains in the race, he can only hope to hold on as a protest candidate.

Mary, you idiot, Ron Paul is the vote of We The People.  Remember them?  Romney is the vote the corporatocracy.  The end goal is so oblivious, to wit: have Mitt Romney do a respectable showing but of course take the fall in the ring in order to have the greatest threat to freedom and the constitution, Barry Sorento aka Barak Obama remain in power.  Ron Paul represents a threat to that and your big government aligned “news” paper so you grasp a straws to call Ron Paul a Protest candidate…You Make me ill!

Nevertheless, he plays the role to the hilt. Whether he wants to be or not, Ron Paul is this election cycle’s candidate for hope and change.

Mary Mary quite contrary, you finally have something that is correct because Ron is Real Hope and Real Change however it is actually a back handed subliminal slap.  You see it is so oblivious you are trying to associate Ron Paul with Barak Obama’s campaign slogan.  This simple trick may work on zombies however we all can see right through you little fascade.

More persuasively than any other candidate, Paul has presented himself as the candidate who would stand up to corruption at the heart of the American political system. Given to fulminating against the Federal Reserve System, the Drug War, interventionist foreign policy, and any number of other points of consensus in Washington, he clearly doesn’t fit well with the Republican establishment — and doesn’t care. He’s got a motley but growing movement of supporters — young idealists, discontented Middle Americans, many in the tea party movement — and what draws them to him is his incorruptibility.

Mary, Mary quite contrary, are you still wrapping Ron Paul’s truth in back handed slaps?  Motley are we?  Your going to have MOTLEY when you arrive tomorrow with 150 messages in your mailbox, the phone won’t stop ringing and your mailbox is full.  Enjoy!  I personally called you at 1:30 am and that inspired this article as well.

This at a time when money is poised to corrupt electoral politics as never before. This is the first presidential primary season of the age of the new so-called super PACs. These lightly regulated committees — which can accept unlimited contributions from individuals, corporations, unions and other groups — have already accounted for nearly half of all campaign spending. Made legal by virtue of two U.S. Supreme Court rulings, the groups allow the rich to make an end run around the old campaign finance rules.

To make matters worse, the super PACs have been behind brutal negative ad campaigns that have damaged all the Republican candidates.

Paul, who is distinguished among the Republican field for having amassed his war chest in small contributions from plain folks, is the kind of candidate who gives people hope that our electoral politics can change for the better. That big money will not always dominate, and that the people can unseat the establishment favorites if they muster enough votes. That every vote counts more than every corporate contribution or massive donation by an individual.

Mary, Mary quite contrary, so here you are actually supporting Ron Paul as most of the MILLIONS he has raised come from We The People, not from a bunch of lobbing firms like the rest of the BORG agents on the Stage with Ron Paul.  In the situations where the big money is aligned with fascist’s newspapers such as the Kansas City Star, then the people have to be even more vocal about their loss of liberty and usurpations by the government

The problem with Paul is that his contrarianism often goes too far even for those who sympathize with him. In Paul’s worldview, the U.S. isn’t merely more hesitant to be engaged globally; it is nearly disengaged. He wants the U.S. to pull out of the United Nations.

Mary, Mary Quite contrary, Ron Paul is just about right for most Americans. With your totally inept journalistic style, you have skewed Ron Paul’s worldview beyond belief.  With Ron Paul as our next president, would be the US trading with other nations, not engaging in acts of war like sanctions.  We certainly would not going to war like was done in Afghanistan and Iraq, without a CONSTITUTIONALLY MANDATED act of war by the United States Congress.  BTW Mary, what does the UN do for us anyway?

Paul also aspires to eliminate no fewer than five cabinet departments within the federal government. And the Federal Reserve System to boot. Not reform, mind you. Extirpate. To enact even half of Paul’s to-do list would turn this country on its head.

Mary, Mary quite contrary, this country is on life support.  The Big Government statists have destroyed our country to the point of bankruptcy.  Our rights to Life, Liberty and Property are a JOKE.  You are correct in on assertion there would be some changes, however when the political class is drunk with power they are going to get sick when they get cut off.

He has also denounced the Civil Rights Act of 1964, on the grounds that it violated the Constitution. With opinions like this, Paul shows symptoms of that malady in which an ideology — in his case, libertarianism — sometimes disables the faculty of common sense.

Mary, Mary quite contrary, your “common sense” is what the BORG types what people to think instead of what is real.  Yes the Civil Rights Act is a violation of the constitution because property rights are always superior to civil rights.  My right to exist is superior to force and coercion on who I am required to serve and or employ.

Long after Mitt Romney is nominated as the GOP candidate, and after the outcome of a Romney vs. Obama matchup is known, will come the analysis of this presidential campaign. We’ll know who funneled the money to achieve the result, and what spoils they reaped in reward. And it won’t make any of us feel good about the health of our democracy.

Mary, Mary quite contrary, Mitt Romney is not going to make it, expect an upset in South Carolina.  I am relieved to inform you that its going to be Ron Paul vs Barak Obama.  I look forward to watching Ron Paul pick Obama apart and make him look like the utter fool that he is.  Ron Paul debating Obama would be like going to a gun fight and Barak Obama bringing his straw and spit wads!  It will be so bad that Obama will likely cry like a little girl!

If Romney fails to unseat Obama, look for the Ron Paul insurgency within the GOP to grow. And where that could take the party is anybody’s guess.

Mary, Mary quite contrary, Romney is not going to do it because that is not the intent.  Did  you believe that World Wrestling Federation was real too.  How about the Easter bunny?  Romney’s job is the throw the fight to allow Obama to win.  Come on now Mary, Do you think the people who control the world making TRILLIONS are going to allow Ron Paul to win and upset the wonderful apple cart they have set up for themselves.  Has anyone else noticed we don’t hear about the MAFIA anymore?  That is because they have all moved into the government and the Media.  We see through your twisted piece of proverbial lies; it doesn’t work anymore.  By the way your phone is ringing!