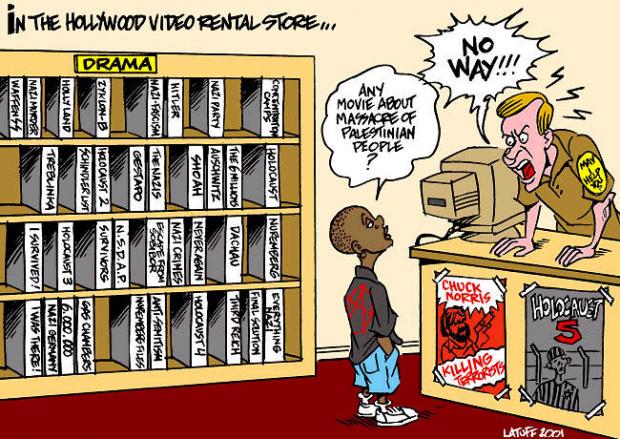 It denies citizenship rights to Palestinians with Israeli spouses. Enacted in 2003 as temporary legislation, it was extended twice after its initial expiration date.

The law empowers the interior minister to grant citizenship only if affected Palestinians identify strongly and cooperate with Israel. They must also contribute to national security. As a result, few qualify.

In addition, it limits potential eligibility to Palestinian husbands 36 or older and Palestinian wives at least 26.

A Qara village attorney called the decision a "declaration of war on Israeli Arabs." A mixed couple said the decision "will lead to the expulsion of thousands of families from the country."

The Palestinian wife of another mixed couple got temporary permit permission to live with her husband in Acre without legal rights extended Israeli citizens. Her husband, a Haifa University doctoral candidate, wasn't surprised by the ruling, saying:

"The decision is proof that one shouldn't have faith in the Israeli judicial system. It is clear that the Supreme Court is influenced by the wave of fascism and racism sweeping Israel, and the judges weren't expected to act any other way."

According to Physicians for Human Rights/Israel's Shahar Shoham:

"Apart from the fundamental violation of Arab Israeli rights, the law will create a reality in which thousands of people who are married to Israeli citizens will continue to live without any civil status or social rights."

Courts often impose procedural and financial barriers. Israel's government "imposes physical barriers on effective access of Palestinian victims to the Israeli courts. As a result, they're deprived of redress under international law.

Nonetheless, PCHR pursues justice, including for 100 Cast Lead victims. Their most significant obstacle involves requiring civil case claimants "to pay a court insurance fee or bank guarantee of 20,000 NIS (new Israeli shekels) before the court will allow the case to proceed."

The sum equals about $5,200. In nearly all cases, it's unaffordable. Impoverished Palestinians struggle daily to get by.

Nonetheless, if funds aren't paid withing 60 - 120 days, claims are dismissed. PCHR petitioned the High Court to dismiss this onerous burden. However, it agreed with prosecutorial demands. It also sided with state crimes and anti-human rights policies.

In July 2005, the Knesset approved a 1952 Civil Torts Law (Liability of the State) amendment. It prevents Palestinians from claiming just compensation. Nine human rights organizations, including PCHR, challenged it. They won a judgment, letting Palestinians file individual claims henceforth. Judges could then either accept, adjust or reject them.

Outrage Over the High Court Decision

"It is a dark day for the protection of human rights and for the Israeli High Court of Justice. The majority opinion has stamped its approval on a racist law, one (that) will harm the very texture of the lives of families whose only sin is the Palestinian blood that runs in their veins."

In a January 12 press release, the Adalah Legal Center for Arab Minority rights in Israel said:

"Thousands of Palestinian families are affected by this law, forced to move abroad, or live apart or together illegally in Israel."

"The Supreme Court approved a law the likes of which does not exist in any democratic state in the world, depriving citizens from maintaining a family life in Israel only on the basis of the ethnicity or national belonging of their spouse."

"The ruling proves how much the situation regarding the civil rights of the Arab minority in Israel (20% of the population) is declining into a highly dangerous and unprecedented situation."

Outrageously, the Court majority viewed non-Jewish rights null and void. They also said doing so is proportional according to Israel's Basic Laws. In fact, it constitutes a gross perversion and contemptible injustice. It also rendered the Court illegitimate to rule fairly for non-Jewish citizens.

On January 13, Haaretz condemned the Court ruling in an editorial headlined, "Supreme Court thrusts Israel down the slope of apartheid," saying:

Its ruling "on the legality of the Citizenship Law proves the erosion of this institution's role as Israel's guardian of civil rights."

Notably, in 2006, a Court majority called the law unconstitutional. Now they believe it's lawful under Israel's Basic Laws. Justice Asher Grunis said "(h)uman rights are not a prescription for national suicide."

According to Justice Elyakin Rubinstein, "a small group - those men and women in Israel's minority who want to marry residents of the region - must pay a heavy price for greater security for all Israelis, including their own."

The decision provides more proof of a lawless, racist state. It denies non-Jews equity and justice solely on the basis of their religion and ethnicity. Doing so violates fundamental international law.

She also could have replaced her with a like-minded justice, rather than Neal Hendel who sided with the majority.

"It appears that with the Supreme Court currently under attack, Beinisch feared raising a political and public uproar with a verdict revoking the Citizenship Law. So although she supported scrapping the law, she didn't really want it revoked."

In other words, she wanted it both ways. Moreover, the High Court's "afraid of ruling against" Israel's most extremist ever Knesset.

In July 2011, the Knesset approved the Denial of the Nakba Budget Principles Bill amendment. It claimed it negates the existence of Israel as a Jewish and democratic state. It authorizes the Finance Minister to reduce or prohibit funding any institution under the following conditions:

• refusal to support Israel as a Jewish state;

• support for any nation, group or entity Israel calls an enemy or terrorist organization;

"Entities that receive financial support from the state budget must not be allowed to finance or sponsor activities within their framework that entail denial of the existence of Israel as a Jewish state, by, inter alia, marking Independence Day or the day of the establishment of Israel as a day of mourning."

All activities are affected, including academic, intellectual, cultural, artistic, political, and religious.

As a result, the law violates Arab history, culture, and right to express, teach, or disseminate it freely. It also compromises their right to commemorate what they lost and appalling persecution that followed.

When first proposed, it banned and criminalize commemorations as a way to "erase a seminal event in Palestinian history from Israeli consciousness." Its softened version deals only with funding.

"The defeat of the Arabs in Palestine should not be treated as a simple disaster or fleeting event. It was the worst catastrophe, in the deepest sense of the word, to have befallen the Arabs in their long and disaster-ridden history."

According to Palestinian historian Arif al-Arif in his book titled, "The Nakba of Palestine and Paradise Lost":

"How can I not call it a nakba? It was during this period that a disaster of a kind we had not encountered for generations befell us, the Arabs, and the Palestinians in particular. Our homeland was stolen. We were driven from our land. We lost a large number of our sons, and, above all, our dignity was deeply wounded."

It was the first time Palestinians lost their homeland and became diaspora and internally displaced refugees. Palestine as a political entity ceased to exist. For those affected, it was an unparalleled historic tragedy and collective nightmare. It remains so.

As a result, Palestinians mark Israel's independence as Nakba Day and commemorate it annually. For them, it's a national trauma. It also symbolizes Israeli lawlessness, repression, discrimination, and racism.

"The declarative level of the law does indeed raise difficult and complex questions. However, from the outset, the constitutionality of the law depends largely upon the interpretation given to the law's directives."

"It is regrettable that although the High Court ruled that the Nakba Law raises complex issues of public importance, which gets to the root of the problems that divide Israeli society, it chose to avoid ruling on these issues until a concrete case occurs."

"The court completely ignored the claims regarding the chilling effect of this law and its limiting of free speech."

"The ruling relied on procedural considerations and feared to get into the thick of this law that discriminates against an entire Arab collective."

In March, prior to passage, a Haaretz editorial headlined, "Silence over Nakba Law encourages racism," saying:

The measure assures "a shameful page to (Knesset) history. (It's another) in a growing list of disgraceful legislation whose entire purpose is to discriminate against Israel's Arab citizens, intimidate them and deny them their rights." It also mocks the notion of a democratic Israel.

At the time, half of the Knesset MKs didn't show up to vote, mostly ones who could have made a difference. As a result, hard-right extremists got their way. Their "apathy....encourages....racism, creating a convenient fertile ground for them to continue their disastrous activities." They've taken full advantage.

In a combined statement, Adalah and ACRI said:

"The High Court ignored the chilling effect of this law, and missed the opportunity to tell legislators that there are limits to their anti-human rights actions. This law encourages discrimination against Arabs in Israel."

In addition, the law's vagueness pressures institutions to self-censor to avoid penalties. At the same time, it marks Israeli Arabs as disloyal and dangerous.

It also compromises their legitimate rights and represents another example of collective punishment. The High Court approved targeting Israeli citizens for their faith and ethnicity.

Moreover, it dealt another body blow to equity and justice in a society far from free and open. It rendered them null and void.