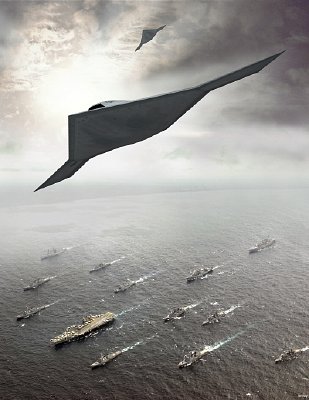 Washington, Israel and rogue NATO allies seem headed for ruinous wars with Iran and Syria, besides others ongoing interminably.

In fact, no evidence whatever suggests an Iranian nuclear weapons program, according to the latest March 2011 US intelligence assessment. Ross knows it. So do political Washington and major media scoundrels. Yet they suppress truth and promote confrontation and war.

"Russia fears Israel will push" America to war on Iran "which could retaliate by blocking" Persian Gulf oil shipments.

"There is a likelihood of military escalation of the conflict, towards which Israel is pushing the Americans. It cannot be ruled out that the Iranians will be able to carry out their threat to shut exports of Saudi oil through the Strait of Hormuz if faced with military actions against them."

He added that no proof suggests an Iranian nuclear weapons program, saying:

"Talk about Iran creating an atomic bomb by next week we have heard for many years." At issue is Washington's longstanding regime change policy, using "all available means" to transform Tehran into "a loyal partner."

He also sees Western countries close to attacking Syria. Regime change there is planned. "We are receiving information that NATO members and some Persian Gulf states, working under the 'Libyan scenario,' intend to move from indirect intervention in Syria to direct military" confrontation.

This time, he believes, regional countries, not Western ones, will play the lead role - mainly neighboring Turkey. Initially, a no-fly zone would be imposed without Security Council authorization.

"The plan is to punish Damascus, not so much for repressing the opposition," but for its close ties to Iran. America's regional military forces will support planned aggression. So will close allies Saudi Arabia, Jordan, other Gulf states, and, of course, Israel.

Russia will do what it takes to protect its strategically important Tartus, Syria base, its only Mediterranean one. Currently, its Admiral Kuznetsov aircraft carrier battle group is positioned nearby.

Most likely, it's also nuclear armed. Reportedly, it supplied Syria with weapons, munitions and other equipment. At issue is protecting its regional ally and Tartus naval base.

According to Chief of Naval Staff Admiral Viktor Kravchenco, counterbalancing NATO is vital to "prevent the outbreak of an armed conflict." He also said Russia had regional naval forces for years to "deter" American and NATO aggression.

According to Irina Zvyagelskaya, Academy of Sciences in Moscow Middle East analyst:

"Our fear is that Syria could collapse and extremist Islamist forces will seize control that no one will be pleased about. This could destabilize the entire region."

In fact, Washington supports extremist elements throughout the region and Central Asia. They're either sitting governments or insurgent groups like Al Qaeda, used strategically at different times as allies and/or enemies.

"While Russia would block any effort to seek UN approval for a no-fly zone in Syria....Western nations and their allies may form a coalition" of the willing, similar to the anti-Iraq 2003 alliance.

"There are scenarios which different countries look at. We have seen before what a no-fly zone means. It will be used to overthrow the regime."

"After the Libyan experience, Russia will do everything to stop this scenario from happening. Syria is much more important than Libya from Russia's point of view."

"The world is perhaps standing on the brink of another major war," starting with Iran. "Sources close to special services of different countries even" name dates when conflict will begin.

As a result, regional and other countries will provide direct or indirect support, including China and Russia. "Chinese President Hu Jintao stated that if the USA or any other country attacked Iran, China would take responsive measures immediately. As for Moscow," Defense Ministry sources said regional forces "had already been mobilized in case of a possible war."

However, war may escalate "into World War III." Neighboring countries won't stand aside. "Since there are many nuances that won't allow any of the Caucasian countries to stay safe haven(s)," they have to act defensively.

Russia's Yerevan, Armenia base will also be vulnerable. If war breaks out, it may be isolated as Georgia closed off transiting military supplies though the country. As a result, Russia most likely will do what it takes to secure a corridor. Georgia will either cooperate or be forced.

Russia already evacuated military family members. It's readying for possible war. South Caucacus nations may use it to settle old scores and take advantage of Russia's preoccupation with Iran and Syria.

In other words, he contradicted Western propaganda and confirmed evidence of an externally generated insurgency. As a result, he's now assailed as unreliable. Efforts are made to discredit him.

Washington wants anti-Assad assessments to intervene. Any means will be used to get them. On January 19, al-Dabi will report on Syria's compliance.

Communicating through a third country, administration officials warned Iran over crossing a "red line." Doing so will provoke a US response.

Unexplained was which side provokes conflict and which one wants peace. Iran has no nuclear weapons program. It cooperates with IAEA inspectors. It neither threatens neighbors or Washington. America's accusations are spurious. Its permanent war agenda threatens humanity.

"(M)any officials, experts and commentators increasingly expect some kind of military confrontation....But a military strike on (Iran's nuclear facilities) would be a disaster."

Obama "and his allies have" ignored "serious talks."

"Economic pressure could be more effective" by tightening "existing sanctions." Russia and China oppose confrontation. "The Iranians need to know that the economic pressure will not let up until they stop the nuclear program."

True to form, Times comments were hostile and wrongheaded, stopping only short of supporting war.

Kipling was right saying, "The dog returns to its vomit, and the sow returns to her mire. And the burnt fool's bandaged finger goes wabbling back to the fire."

With Britain out of Iraq and "desperate to get out of Afghanistan....why gird (for another) fight with Iran, a proud country of 75 million people with whom we cannot go to war without taking leave of our senses?"

Saber-rattling during recession "is beyond stupid." Moreover, sanctions topple no one. Ordinary people alone get hurt. In addition, threats gird nations to respond defensively.

For decades, Britain's "been useless at putting the world to rights." Instead of maintaining good relations and promoting peace, it salutes "whenever Washington says so....(That's) the most (degrading and) humiliating idiocy."