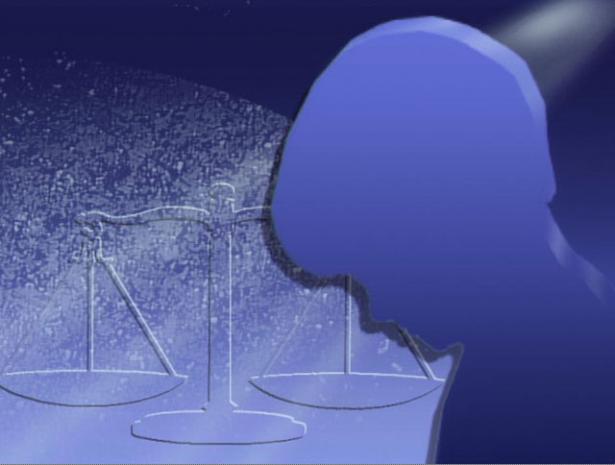 The Constitution's Eighth Amendment prohibits "cruel and unusual punishment." The legal dictionary defines it as:

"any cruel and degrading punishment not known to the Common Law, or any fine, penalty, confinement, or treatment that is so disproportionate to the offense as to shock the moral sense of the community."

Sentencing minors to life without parole qualifies. The ACLU says American children as young as 13 "are sentenced to spend the rest of their lives in prison without any opportunity for release." In fact, some as young as 11 are affected.

Around 2,570 are sentenced to juvenile life without parole (JLWOP). America treats them like adults regardless of age or circumstances.

In 2005, the Supreme Court ruled in Roper V. Simmons that sentencing juveniles to death was cruel and unusual punishment under the Eighth Amendment.

In 2010, the ACLU and its Michigan affiliate sued (in Hill v. Synder) on behalf of nine Michigan inmates sentenced to life without parole while minors. They argued that doing so constitutes cruel and unusual punishment. It also violates international law prohibiting JLWOP. On July 15, 2011, the judge allowed the case to proceed.

On May 17, 2010, the Supreme Court ruled in Graham v. Florida that juvenile offenders can't be sentenced to life without parole for non-homicide offenses committed before age 18. Although the Court held states needn't guarantee eventual release, they must provide a realistic chance.

Calling the practice "cruel and unusual" punishment, the decision stated:

"Life in prison without the possibility of parole give no chance for fulfillment outside prison walls, no chance for reconciliation with society, no hope."

"A young person who knows that he or she has no chance to leave prison before life's end has little incentive to become a responsible individual."

It also said America "adheres to a sentencing practice rejected the world over."

In December 2006, a UN resolution calling for JLWOP's abolition passed 185 to 1. America alone dissented. Few countries ever adopted it. At least 135 expressly rejected it in domestic laws, and 185 did so in General Assembly votes.

Israel, South Africa and Tanzania once sentenced children to life without parole. They later adopted legislation permitting juvenile parole. Although laws in some countries theoretically allow JLWOP, none use them. America's the world's only offender.

In 2009, Texas legislation eliminated it. However, it limits parole consideration to imprisonment after 40 years. Perhaps other states may follow and do better.

In November 2011, the Supreme Court agreed to hear two cases involving 14-year old juveniles sentenced to life without parole for homicide. The Equal Justice Initiative (EJI) challenged the constitutionality of Jackson v. Hobbs (an Arkansas juvenile death sentence case) and Miller v. Alabama (a JLWOP one). More on EJI below.

Both sentences were mandatory without consideration of age or juvenile status. On March 20, 2012, arguments will be heard.

Its members include 4,000 lawyers, judges and law professors. Their research, scholarship and education influence legal developments. On October 12, they called for abolishing JLWOP. Its new Model Penal Code requires consideration of juvenile ages and reduced sentences for those prosecuted in adult courts.

It recognizes that children "should be judged less blameworthy for their criminal acts than older offenders - and age-based mitigation should increase in correspondence with the youthfulness of individual defendants."

It urged states make all long-term juvenile offenders eligible for mitigation after 10 years. It said 10,000 were incarcerated in adult prisons and jails in 2009 on any given day. As a result, they're vulnerable to "victimization, psychological harm, and suicide."

It litigates for "condemned prisoners, juvenile offenders, people wrongly convicted or charged with violent crimes, poor people denied effective representation, and others whose trials are marked by racial bias or prosecutorial misconduct."

It also works with impoverished communities, and unequivocally believes "no child should be sentenced to die in prison." As a result, it initiated litigation challenging juvenile "death-in-prison" sentences.

In 2007 and 2009, similar legislation was introduced without success. It proposes allocating federal crime control funding to states permitting parole or supervised release for crimes committed while juveniles.

Despite trying twice and failing, sponsors are committed to reintroduce legislation until passage. If successful in the Republican-controlled House, Democrat-controlled Senate approval could follow. America remains the only nation imprisoning minors for life without parole.

Advocacy's growing to end it. On November 30, AI joined other initiatives.

It said American minors can't vote, buy alcohol or lottery tickets, nor consent to most forms of medical treatment. But they can be sentenced to life without parole and/or death.

Children as young as 11 have been affected. It's an age when they don't fully comprehend right or wrong distinctions, let alone legal considerations.

A 2011 AI report titled, "This is Where I'm Going to Be When I Die," discusses US juvenile life sentencing, saying:

America alone defies "legal and moral consensus" by imprisoning minors for life without parole. Blacks and Hispanics are disproportionately affected. Provisions of the UN Declaration of the Rights of the Child (CRC) are violated. Its Principle 1 states:

"Every child, without exception whatsoever, shall be entitled to (fundamental human and civil) rights, without distinction or discrimination on account of race, colour, sex, language, religion, political or other opinion, national or social origin, property, birth or other status, whether of himself or of his family."

They're entitled to special protections and opportunities to develop physically, mentally, morally, spiritually, and socially in a healthy normal way under conditions of freedom and dignity.

As a result, they're entitled to life, an adequate standard of living, healthcare, education, leisure, safety and peace. Incarceration compromises or denies them entirely.

"No child shall be subjected to torture or other cruel, inhuman or degrading treatment or punishment....

No child shall be deprived of his or her liberty unlawfully or arbitrarily....

Every child deprived of liberty shall be treated with humanity and respect.... (and)

Every child deprived of his or her liberty shall have the right to prompt access to legal and other appropriate assistance...."

CRC also mandates detention as a last resort for the shortest possible time. Life imprisonment without parole is expressly prohibited.

"All persons deprived of their liberty shall be treated with humanity and with respect for the inherent dignity of the human person."

"Juvenile offenders shall be segregated from adults and be accorded treatment appropriate to their age and legal status.

"In the case of juvenile persons, the procedure shall be such as will take account of their age and the desirability of promoting their rehabilitation."

In 2006, the UN Human Rights Committee said sentencing children to life without parole violates ICCPR provisions. It called on America to end the practice. It also said continuing it "could constitute cruel, inhuman or degrading treatment and punishment."

Moreover, each year since 2009, the General Assembly callied for abolishing "life imprisonment without possibility of release for those under the age of 18 years at the time of the commission of the offense."

International law doesn't distinguish between lethal and non-lethal crimes resulting in JLWOP. It unequivocally prohibits it.

Nonetheless, America and virtually all 50 states have mandatory sentencing laws. They require judges and juries to impose certain ones, including life without parole. Mitigating factors are precluded, including age, history of abuse, trauma, degree of criminal involvement, mental health status, or amenability to treatment or rehabilitation.

In Graham, the Supreme Court called JLWOP for non-homocidal offenders unconstitutional, saying "the precept of justice (mandates) that punishment for crime should be graduated and proportioned to (the) offense."

For now, however, Graham's as far as the Court's likely to go. It's for Congress and states to act boldly enough to mitigate or eliminate the practice altogether. It's long past time they did it.