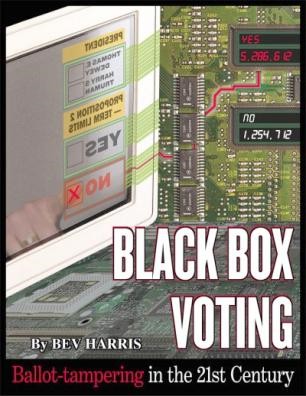 When you view your local or state election results on the Internet, on portals which often appear to be owned by the county elections division, in over 525 US jurisdictions you are actually redirected to a private corporate site controlled by SOE software, which operates under the name ClarityElections.com.

The good news is that this firm promptly reports precinct-level detail in downloadable spreadsheet format. As reported by BlackBoxVoting.org in 2008, the bad news is that this centralizes one middleman access point for over 525 jurisdictions in AL, AZ, CA, CO, DC, FL, KY, MI, KS, IL, IN, NC, NM, MN, NY, SC, TX, UT, WA. And growing.

As local election results funnel through SOE's servers (typically before they reach the public elsewhere), those who run the computer servers for SOE essentially get "first look" at results and the ability to immediately and privately examine vote details throughout the USA.

In 2004, many Americans were justifiably concerned when, days before the presidential election, Ohio Secretary of State Ken Blackwell redirected Ohio election night results through the Tennessee-based server for several national Republican Party operations.

This is worse: This redirects results reporting to a centralized privately held server which is not just for Ohio, but national; not just USA-based, but global.

A mitigation against fraud by SOE insiders has been the separation of voting machine systems from the SOE results reports. Because most US jurisdictions require posting evidence of results from each voting machine at the precinct, public citizens can organize to examine these results to compare with SOE results. Black Box Voting spearheaded a national citizen action to videotape / photograph these poll tapes in 2008.

With the merger of SOE and SCYTL, that won't work (if SCYTL's voting system is used). When there are two truly independent sources of information, the public can perform its own "audit" by matching one number against the other.

With SCYTL internet voting, there will be no ballots. No physical evidence. No chain of custody. No way for the public to authenticate who actually cast the votes, chain of custody, or the count.

SCYTL is based in Barcelona; its funding comes from international venture capital funds including Nauta Capital, Balderton Capital and Spinnaker.

Here is the link to the press release regarding SYCTL's acquisition of SOE:

quote:"In 2007...the top 250 companies in the world had sales in excess of $14.7 trillion...an amount exceeding the GDP [Gross Domestic Product] of the United States or the European Union, $13.2 trillion and $13.7 trillion, respectively...combined sales of the top five (Wal-Mart, Exxon-Mobil, Royal Dutch Shell, BP and General Motors) was nearly $1.5 trillion -- larger than the GDP of all but seven countries." -- Superclass: The Global Power Elite and the World They Are Making, by David Rothkopf

If you believe Black Box Voting provides an important service, please note that we very much need your support. Will you consider becoming one of our monthly sponsors? Click here: http://www.blackboxvoting.org/donate.html More