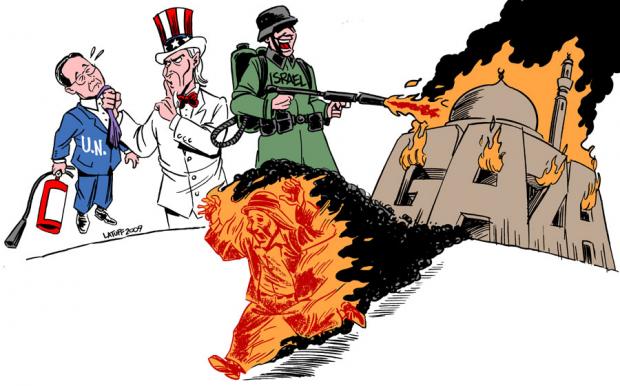 At the same time, he suggested another round of fighting is likely. "Particularly worrisome (are the alleged) weapons smuggl(ed) into the Gaza Strip. Hamas and Islamic Jihad have....many thousands of rockets; hundreds" able to reach central Israel, said Harel.

As a result, "the IDF is preparing itself for the possibility of a land operation in another few months."

"The IDF General Staff has ordered the Southern Command to prepare for a possible large Gaza operation that could occur within the next few months, the Jerusalem Post has learned."

Now, said Katz, operational plans are being finalized and distributed to IDF units to be deployed against Gaza.

"Every officer will need to know where he needs to be with his troops and what his mission will be," according to an unnamed senior IDF official. "Gaza has changed and the weaponry in Hamas' and Islamic Jihad's hands has significantly grown in quantity and quality."

Katz said Hamas' military wing is over 20,000 strong in five brigades. Each has a number of battalions. "(S)pecial teams" have "anti-tank missiles, mortar and rocket fire and anti-aircraft shoulder-to-air missiles."

Orders to attack aren't issued. Preparations are ongoing to be ready "at a moment's notice and if needed."

According to an unnamed General Staff official, "Gaza is possibly Israel's most volatile front today. It is a front that can explode at any given moment." In fact, Hamas and other resistance groups respond only when attacked. Israel does it belligerently. Victims are blamed.

Perhaps more slaughter's coming. If so, civilians will suffer most. Israel calls them legitimate targets. International law prohibits attacking them. Doing so constitutes crimes of war and against humanity. Nonetheless, they're standard Israeli policy. Lawlessness and brutality define its agenda. War strategy embodies them.

War on Lebanon followed. Around 18,000 Palestinians were massacred. Israel occupied South Lebanon until May 2000. It still illegally holds Sheba Farms, a 14-square mile water-rich area near Syria's Golan. It's also been lawlessly occupied since 1967 along with Ghajar, a bordering Lebanese village.

If Israel plans Cast Lead II, expect one or more manufactured incidents preceding it. The possibility is real. Like Washington, Israel chooses confrontation, not diplomacy; hostility, not conflict resolution; and war, not peace. The business of both countries is war. Expect new theaters opened in 2012.

WikiLeaks cables disclosed Israel informed him of Cast Lead before launching it. During the slaughter, his silence showed complicity. Defense Minister Ehud Barak's telegrams to US deputy ambassador Luis Moreni said Israel asked if Egypt and Fatah would take over Gaza once Israel defeated Hamas.

At issue now is what do they know about possible new attacks, and how will they respond if launched?

Expect Israel to take full advantage. At issue is controlling all Palestinian resources and valued land. In March 2009, Yesh Din human rights volunteers petitioned the High Court to prevent it. On January 10, they requested another hearing for reconsideration. It posed the following questions:

(1) What are Israel's boundaries with respect to Palestinian resources? In addition, under military occupation, how do 1907 Hague Convention Articles 43 and 55 apply?

Article 43 says occupiers "shall take all the measures in (their) power to restore, and ensure, as far as possible, public order and safety, while respecting, unless absolutely prevented, the laws in force in the country."

Article 55 stipulates that occupiers are regarded only as administrators with temporary possession over "public buildings, real estate, forests, and agricultural estates belonging to the hostile State, and situated in the occupied country. It must safeguard the capital of these properties, and administer them in accordance with the rules of usufruct," reflecting temporary possession only.

(2) Have long-term occupiers authority to grant its citizens or corporations exploitive power over territory not their own?

(3) May occupiers exploit the principles of "continuity" and "reasonableness?"

Yesh Din said the High Court decision "revolutionizes the international law of belligerent occupation, in its ruling that the State of Israel, as an Occupying Power in a prolonged occupation, has the authority to grant Israelis and Israeli corporations the right to quarry (Palestinian) natural resources, including in quarries that did not exist prior to the occupation - and with only limitation being the reasonableness of the use of the natural resource."

In other words, what right has Israel to exploit Palestinian resources lawlessly? None whatever.

Twisting international law, she said Israel may "utilize natural resources in a reasonable manner" despite no legal basis for doing so. She also claimed Israel's decades-long occupation justified it. She called it the "reality on the ground."

In fact, occupiers only have temporary trustee authority. It excludes exploitation. It requires administering natural resources for the benefit of occupied people, not the occupier. Ruling otherwise effectively justifies Israel's illegal settlements and all stolen Palestinian land.

In this and other rulings, the Beinisch court trampled on international law and lost legitimacy in the process.

As Reagan would say, there Lendman goes again.

The business of who is war?  Israel?  How about ISLAM?  The god of Israel commands them to make peace their business, while the god of Islam commands them to make war their business, with paradise as the carrot and hell as the stick. Oh yes, Kremlin puppet Lendman is never supposed to mention the words Islam or Muslim when it comes to the fake Arab Muslim Palestinians, or else he'd give away the con that he doesn't even work for them, he works for Moscow.

Israel occupies Gaza?  Duh, it once did, then pulled out, remember? They also once occupied Sinai and pulled out, and now that Mubarak is kaput, the Islamists are busy filling it with arms and armies aimed at Israel; they love blowing up the natural gas pipeline to Israel.  So the business of who is war?  Lendman is sick :)

As Pat Condell puts it, it's JEW HATE that drives all the Arab Muslims on, when they could have had peace 10 times over the last 50 years.  So it's NOT ABOUT ISRAEL, IT'S ABOUT ISLAM.