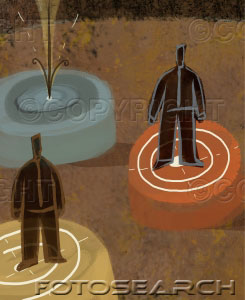 Last November, Haaretz said Washington and Israel planned holding their "largest" and "most significant" ever joint military exercise, involving over 5,000 US and Israeli troops. Assistant Secretary of State Andrew Shapiro for Political-Military Affairs confirmed it.

On January 5, AP headlined "Israeli and US troops gear up for major missile defense drill after Iran maneuvers," saying:

As tensions with Iran escalate, "Austere Challenge 12" is "designed to improve defense systems and cooperation between the US and Israeli forces." It follows Iranian naval exercises near the Strait of Hormuz.

Admiral Habibollah Sayyari said they displayed "Iran's military prowess and defense capabilities in the international waters, convey(ed) a message of peace and friendship to regional countries, and test(ed) the newest military equipment among other objectives."

He'll first stop in Brussels to meet with IDF chief General Benny Gantz and other NATO officials. In a CNN interview, he said his biggest concern is that Iran will "miscalculate our resolve." He spoke one day after Defense Secretary Leon Panetta warned Iran not to produce nuclear weapons.

No evidence suggests a nuclear weapons capability or intention to develop one. Panetta, other Obama officials and Israeli ones know but won't say. Playing the nuclear card is pretext perhaps for a planned attack.

The drill planned testing defenses against Iranian or other incoming missiles. According to Israel's Channel 2, drills are now scheduled for late summer. The Jerusalem Post said end of year. When held, they'll be the largest ever joint ones, involving thousands of forces.

According to Israel's Defense Ministry, the announced postponement came Friday. Discussions on both sides continue. Some reports suggested cancellation was for budgetary reasons. Israel put that notion to rest. Neither country skimps on military matters.

A late 2009 joint missile defense exercise involved about 1,000 personnel on both sides. This one when held will be five times larger.

Hebrew University of Jerusalem's Martin Van Creveld said exercises are to pressure Iran. It's, "among other things, (to) show Iran, the people in Tehran, that Israel and the United States are ready to counterattack."

In fact, it's about counterattacking in response to Iran retaliating against Israel and/or Washington attacking its nuclear facilities.

Iran threatens no one. However, it's able to defend itself by responding forcefully if attacked. In contrast, Washington and Israel plan regime change by whatever means, including war. The risk is high. So are the regional and global dangers.

Former Israeli intelligence officer, Avi Perry, wrote a Jerusalem Post article about a planned "'Pearl Harbor scenario, in which Iran launch(es) a 'surprise' attack on the US Navy," giving Washington "the perfect rationalization to finish them off."

Does Perry have reliable information? He said an "Iranian attack on an American military vessel will serve as justification and a pretext for a retaliatory move by the US military against the Iranian regime." He identified "a US aircraft carrier" as target.

Fetzer and Blakeney pose an alternate scenario, suggesting the USS Vincennes. Its fourth version "is a US Navy Ticonderoga class Aegis guided missile cruiser. On July 3, 1988, the original Vincennes downed Iran Air 655 over the Persian Gulf in Iranian air space, killing all on board - 290 "civilian passengers....including 38 non-Iranians and 66 children."

It was malicious cold-blodded murder, a US/Israeli specialty. Now perhaps they have bigger fish to fry, using a false flag attack to wage war. A "reliable source" said:

"The INACTIVE Ticonderoga class AEGIS missile cruiser got towed out of here under cover of darkness....It'll likely be the sacrificial lamb that starts the war with Iran."

"Why else would they move it when all the rest sit at a buoy here for months before they finally leave them to be sunk?"

"I told this to a former 9/11 Truth person back when that ship got moved that it was likely to be used for a FALSE FLAG attack. Well, we'll soon see if I was right about this one."

After leaving Puget Sound, it's probably in Bahrain with Washington's Fifth Fleet until action day arrives. "Meanwhile, the US Navy is compiling a list of casualties based on deceased sailors, very much as was the case on 9/11."