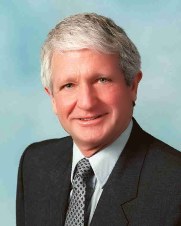 Who: God on Trial Book Signing
When: January 28th at 1 p.m. Where: Bard's Books 3508 North 7th Street # 145 Phoenix, AZ 85014
Attorney Richard Morris will be on hand at Bard's Books for a signing of his new book God on Trial.
God on Trial is a book about critical thinking, and challenges readers to ask themselves: What do I know and how do I know it?
David contends people should be embarrassed to hold beliefs not based upon evidence and reason, and in the case of religion, beliefs they cannot even define.
When university graduate student David Stone publicly challenges Pastor, he unknowingly threatens Pastor and Sister Leah's lifestyle of crime, corruption, and debauchery.
David is arrested for blasphemy and contends the State must first prove the existence of God in court, to a jury, using the standard Rules of Evidence.
God on Trial could be X-Rated and is not for the feint of heart or the closed of mind.
You will be shocked!
Copies of Richard's book will be on hand for purchase for a special price for $15 and he will update the audience on the status of the lawsuit against the state of Arizona for Governor Brewer's State Day of Prayer.