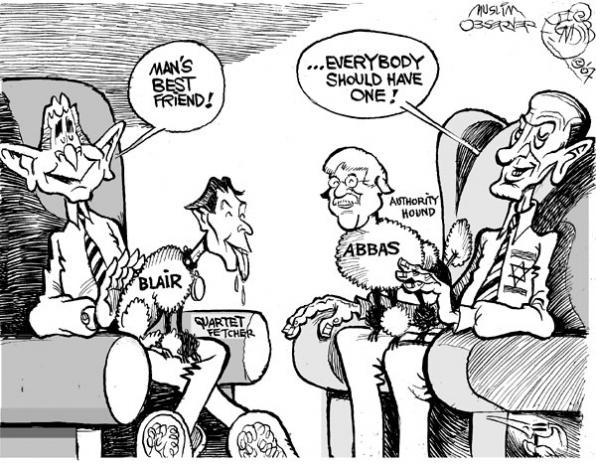 Here we go again. We've seen it before strategically timed. Weigh all Israeli claims skeptically. On its face, this one lacks credibility.

Why provide greater cause while trying to defuse crisis conditions, cooperate with Arab League observers, enlist outside support, and offer opposition elements places in a broad-based government along the lines of a national unity one.

At the same time, Hamas and Fatah plan May elections for unity governance. They both want conflict resolution, not confrontations.

"Israeli security forces have recently discovered an Islamic Jihad terror cell which was planning attacks against Israeli soldiers," according to defense officials.

According to Shin Bet (Israel's security service), attacks on IDF soldiers and settlements were planned. In addition, abducting Israelis were involved. Suspects were charged with membership in an illegal organization, transferring funds from abroad, contact with foreign agents, illegal weapons possession, and conspiracy to trade arms and military equipment.

Last September, Israel claimed foiling other multiple terror attacks. At the time, dozens of "Hamas militants" were arrested. An explosive belt smuggled into Jerusalem was allegedly seized 24 hours before the planned attack, according to Israeli officials.

They claimed foiling it was part of a large-scale Shin Bet/IDF/police operation against Hamas' West Bank/East Jerusalem "military infrastructure."

Israel said 13 terror cells were involved, the main one in Hebron. Allegedly they planned West Bank/Jerusalem attacks. They kept contact "with Hamas headquarters in Syria, and the date of the attack was set for August 21."

Another plot supposedly involved a "suicide bomber" armed with a fire extinguisher containing six kilograms of  explosives. The same cell was blamed for a March Jerusalem bus station attack.

Israel also claimed a man named Ahmad Madhoun got $10,000 to buy Saudi weapons as part of a plot to kidnap an Israeli soldier.

Israel's allegations wreak of duplicity. Hamas and Syria have nothing to gain and everything to lose. Yet Shin Bet claims terror cells prove Damascus plans rehabilitating its West Bank infrastructure to attack Israel. No cause or evidence was given, just baseless accusations to incite fear, blame Hamas and Syria, and provide pretexts for likely attacks on one or both.

In other words, only Israel and Washington benefit. Vilifying Hamas and Syria continue. Expect conflict to follow.

On January 19, Speaker of the Palestinian Legislative Council (PLC) Aziz Dweik was arrested in the West Bank for alleged involvement with terrorist groups. Israel didn't comment.

"Palestinian reconciliation and security cooperation with the occupation are two parallel lines that cannot meet.

The Palestinian parliament hasn't functioned since Hamas and Fatah split in 2007. In 2006, Dweik was arrested with other Hamas officials, held uncharged for three years, then released in 2009.

He faced similar abuse earlier, including imprisonment and torture. Moreover, in 1992, he and hundreds of other Hamas leaders were expelled to Marj A-Zohour in Southern Lebanon until allowed back.

Since Hamas was elected Palestine's legitimate government, dozens of its parliamentarians were harassed, threatened, arrested, detained and abused. Twenty-three remain incarcerated, including 20 uncharged under administrative detention.

Israel has thousands of political prisoners, including children and politicians wanting occupation-free liberation. Israel calls that a crime.

"The abduction of Dr. Dweik is another Israeli crime against the Palestinian people and their democratically elected officials."

Bahar asked Arab League and Organization of the Islamic Conference members, as well as UN authorities, to intervene on his behalf. He also accused Israel of trying to undermine Palestinian unity, then added:

"What happened requires (Abbas) to declare an immediate stop to the negotiations in Amman in respect of our people and in respect of the parliament and its head."

"It should be a firm message to the occupation that their continued crimes will not be given cover by the Palestinian Authority and will not pass without a response."

As of evening January 20, Abbas and his office hadn't commented.

Dweik was abducted after meeting with South Africa's West Bank representative. Earlier, he and other Hamas officials held talks with MK Hanin Zoabi.

In mid-July 2010, Israel's Knesset stripped her of key parliamentary rights and privileges for having participated in the May 2010 Freedom Flotilla bringing vital aid to Gaza. Since then, she's been vilified, threatened, and may be prevented from standing for reelection. Hard-liners call her a "traitor."

They also support state terrorism against Palestinian civilians, including suffocating Gazans under siege. Their struggle for Palestinian liberation continues.

And it wasn't UN Resolution 151, it was UN Resolution 181, Nov. 29, 1947, about the partitioning British Mandate for Palestine, which recognized the right of the Jews to their own state, but was never implemented because /the Arabs rejected it, and Israel proclaimed their state on May 14, 1948 as independent from the British Mandate, and fought to keep it ever since; the U.N. has no power to create states, only to recognize them, and it did recognize Israel on May 11, 1949, only to see the Muslim nations hijack the U.N. more each year in an attempt to delegitimize it. All the tawdry Arab agitprop is just sore loser crapola. If they had exterminated Israel like they tried from day one, Kremlin-front agitprop artists like Lendman would find something else to attack the U.S. for, that was a beautiful plan, Hawaii 5-O tonight.

{how come UN Resolution 151 calls for the partition of...hmmm...PALESTINE?  How can the UN (or anyone else) partition something that doesn't exist?  Any answers on that would be greatly appreciated.  Till then, why don't you crawl back under that rock in the desert you came out of and wipe your mouth while you're at it, there's BS dripping from it all the way down to the ground.}

How ignorant of history are you? The name "Palestine" goes back to Roman emperor Hadrian, who crushed the Jewish Bar Kochba Revolt and started the Jewish Diaspora, attempting to wipe the Jewish state of Israel off the map and declaring the new Roman province of Palestine, meaning Phoenicia.  After the Western Roman Empire fell in 476, the Eastern Roman (Byzantine) Empire continued to occupy it and keep Jews out, only to have it stolen by the Muslim Arabs, who got it taken from them by the Ottoman Turks, whom the Allies defeated in WWI. By the time the U.N. was created in 1945, the Jewish state of ISRAEL hadn't proclaimed itself yet, that was in 1948, but it's been over 60 years since it has, so where have you been, dripping from your mouth to much to learn how to read? :)

Speaking of potty mouth, does FP allow flamers and trolls?

BTW, I'm not a member of any organization and get no money from any either. I'm a lone wolf independent brain man and truth is my only guide.

Join the Historyscoping Revolution if you can shut your mouth long enough:

TL Winslow:  why is it that small brains always come attached to such big mouths?

You, Sir, are a one-person Hasbara machine.  You are a liar, a propagandist and a paid troll for AIPAC.  Zionist revisionist theory doesn't count, dude.  When are you trolls gonna learn that?  And  here's the proof:  if "This has been proven false 100x times over because there never was a nation or state of Palestine" then, how come UN Resolution 151 calls for the partition of...hmmm...PALESTINE?  How can the UN (or anyone else) partition something that doesn't exist?  Any answers on that would be greatly appreciated.  Till then, why don't you crawl back under that rock in the desert you came out of and wipe your mouth while you're at it, there's BS dripping from it all the way down to the ground.

Last week, they claimed that Iran was trying to assassinate American officials in Turkey.

Last month, they claimed that Iran, vis-a-vis a used car salesman who went South of the border to meet with the Mexican drug cartel (Eric Holder's amigos) for tacos and burritos, were trying to kill the Saudi ambassador in the US.

I just can't wait to see what they come up with next week.  The more desperate they become, the more they up the comedy routine.

Oh, btw, just a couple of days ago, a Chosen People(tm) named Adler called for the assassination of Barack Obama in his Atlanta newspaper.  But, shhhhh...mum's the word on that!  Remember, it's not very Christian and jewish or whatever to notice in ourselves that which we decry in others.


Comrade Lendman calls Israel an "occupier" of "Palestinian land". This has been proven false 100x times over because there never was a nation or state of Palestine, only the Muslim Arab Umma that was conquered by the Ottoman Empire and split into provinces that Turks not Arabs ruled.  But because they were all Muslim, Arab nationalism didn't get cranked up until WWI, when they helped break up the Ottoman Empire with Allied help. But it was the Allies who conquered Palestine, not the Muslim Arabs, so when they decided to give the Jews their ancient homeland back, Commies like Lendman can complain all they want but their fake nationality of Palestinian never existed in the first place.

It was always about ISLAM, whose god Allah is actually Satan, who calls himself higher than God, and wants to rule the whole world, not just the Middle East, and the rest is b.s.

If Israel were being exterminated by the Muslims, Lendman would either not comment or openly cheer.  Once Israel disappeared from the map, the fake "Palestinians" would revert to Arab Muslims, and feel free to move anywhere in the Arab Umma they wanted.  Why can't they now? Because the Arab countries continue to force a fraction of their own on Israel in order to wage jihad, and instead of letting them resettle on Arab land coop them up in miserable camps paid for by the U.N. They never wanted peace with Israel, but victory, especially the extermination of all Jews on the planet.

Kremlin mouthpiece Lendman is silent about all this, and never calls for the Muslims to CLEAR OUT OF POOR OUTNUMBERED SURROUNDED ISRAEL AND LEAVE IT ALONE. Why? Because he's a Wiki project of Moscow.