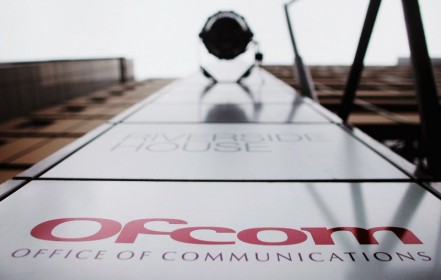 In a questionable move and without offering a valid response to the Press TV CEO's letters, the British Office of Communications (Ofcom)" pulled the plug disgracefully.

After threatening it for months, it "removed the channel from the Sky platform."

Britain's decision came at its highest levels. Likely Prime Minister David Cameron was involved. Suppressing truth burnished Britain's credentials as a reliable axis of evil partner, together with America and Israel. Expect much worse ahead from all three.

Fortunately, they have options. They can still follow Press TV online, through below listed web sites, or by satellite as follows:

In addition, they can use Press TV's web site:

At issue is its even-handed coverage, real news and information, anti-imperial Middle East reporting, and accurate accounts about "British police crackdowns on anti-austerity protesters in London and other cities."

Indeed so. Estimates ranged from $5 - $50 billion because a national holiday shut down Britain's economy. Activity ground to a halt. Workers lost pay, and security costs were huge. Thousands of police (perhaps on overtime) and other measures were employed.

Last April, this writer discussed it on Press TV, saying:

With Britain's economy weak and declining, the spectacle was "shocking and disgusting." It was "an extravagant waste of money" while "popular needs go begging."

Contemptuous of people needs, "rich folks cavort with unlimited amounts of money. It's the same in America as Britain."

In January, Press TV CEO Mohammad Sarafraz wrote Ofcom. He questioned its independence because Britain's Secretary of State has hiring and firing authority over its chairman and staff.

Ofcom's also beholden to "loans and Grant-in-Aid from the British Government."

In addition, he raised a "glaring contradiction," saying:

"Ofcom wants to revoke" Press TV's license because it determined that it "does not have control over the broadcast. Yet at the same time, Ofcom" fines Press TV for something it "says it has no control over!"

Ofcom's action is a "futile....attempt to conceal the truth from the people of Britain, and those that want to hear our alternative voice will find a way despite your efforts."

"Nimco: What do we expect. Sky TV is owned by Rupert Murdoch, a known Zionist and Islamophobe. But the truth is stronger than hate. Press TV will prevail in the end."

Samy: This is a joke. Other channels have done worse things than what they say about Press TV, and they have not had their license revoked. I will cancel my Sky account. I wish more people will do that. Where is their freedom of speech then???

James: Britain could not compete with Press TV and so took it down.

Sharon: Press TV has done a brilliant job showing this Royal Family's true colors....Ofcom is obeying their freemason masters and doing what they are told.

Ryan: Today is a sad day for us Brits as Press TV was wrongly taken off the air....However, this is not going to stop me watching online.

BritishIdiots: This is how (UK) democracy works (by) bombing children and women.

yenda rasta: This action (is) how communist regimes behind the iron curtain" operated. It's the same in Britain.

Hassan: One of the best sources of information in UK is Press TV. Shame on UK.

Citizen of the World-UK: This is a black day for freedom of speech....There is NO FREEDOM OF SPEECH in this country....I cancelled my Sky account after their reporting on Gaza....Thank you Press TV."

For reporting accurately on major issues, Press TV deserves praise. Why else would Britain ban it?

Northern Ireland political analyst Saeb Shaath called doing so "a gross reminder of the Spanish inquisition" to silence free speech and truth. That's what "scared them."

It's "an international and imperialist war against the freedom of expression, and all that is coming to deny Iran the ability of expressing really what is happening in Iran and the motives behind imperialist forces (to) attack a country (that) never for the last three hundred years attacked anyone" except in self-defense "against aggressors."

"Britain's media regulator revoked" Press TV's license, "saying the network had failed to address concerns over its editorial independence and had not paid a fine."

"Ofcom said it was not convinced the station, an arm of the Islamic Republic of Iran Broadcasting, had control over the programs it aired....Press TV called the decision 'a clear instance of censorship.' "

"....Ofcom realized editorial control of Press TV rested with the broadcaster's headquarters in Tehran, rather than with its operations in London."

MSNBC ran a Reuters article doing the same thing. So did Murdoch's Fox News, adding: "It is a crime in Britain to broadcast without a license." It's true as well for truth and full disclosure reporting. They're also suppressed in America, especially on Fox.

"....Ofcom revoked its license for breaching the Communications Act. (It) found that Press TV's practice of running its editorial oversight from Tehran....is in breach of broadcasting license rules in the UK."

"Hadi Ghaemi, director of the International Campaign for Human Rights in Iran, welcomed Ofcom's decision. 'It's about time for the Iranian government to pay a price for its reliance on broadcasts to commit and promote egregious human-rights crimes.' "

Britain's state owned BBC regurgitated Ofcom's fabrication about "breach(ing) several broadcasting license rules over editorial control of the channel." Why not? They were told what to report and did so.

"Press TV has been viewed through geopolitical terms - and there is a breakdown of relations between Britain and Iran. Press TV's journalism is not viewed (as) journalism, but....in terms of British-Iranian relations."

"Most of the criticisms of Press TV have been due to its coverage, because it sees the Middle East very differently than the mainstream media in Britain."

He called taking it off air a "tragedy."

Journalist/Press TV host Yvonne Ridley was quoted saying "the so-called 'free democracies' don't like the truth, and they will go to extraordinary levels of censorship to stop what they see as criticism of the way they run their governments."

Britain's media calls Press TV Iran's "mouthpiece. (It's) hypocritical in the extreme, as exemplified by a sneering (BBC) Newsnight report, several offensive articles by rightwing commentators, and most recently a misleading post by Seth Freedman on Comment is free."

Spurious accusations include being "Iran's mouthpiece, (a) Holocaust denier, (and) fail(ing) to cover (Iran's 2009) elections fairly."

"All you need to do is watch the channel to realize that Press TV gives a platform to a wide diversity of views - pro-Israel and anti-Iranian government among them." It does the same for Hamas, Hezbollah and other voices excluded from major media spaces.

Ofcom's decision is "not about media regulation. All sorts of foreign TV channels are modeled along the same lines as Press TV."

In addition, many "obscene sex channels operate under Ofcom's nose, and they're free to do so. Our crime at Press TV is not only that we are telling the truth that most other broadcasters deliberately conceal, but we were becoming more and more popular."

Britain's hypocritical stance on free speech belies its actions. "We're actually told here in Britain that we go to war to bring such freedoms to them."

Ofcom officials are "highly paid servants of the British state. They're not independent as this action makes clear." In fact, WikiLeaks cables revealed that UK and US officials "discussed how to put Press TV off the air." The London Times "quoted a highly placed Foreign Office official saying efforts were being made to take Press TV off the air."

"This was long before any questions" Ofcom raised in its complaints. "They were out to get us because we were achieving more and more a greater share of the audience."

Viewers follow Press TV because "it's a voice for the voiceless. God willing, it will continue to be."

"If you were drawing up a list of Press TV 'crimes,' " how it covers Israel/Palestine "is right up at the top." For years, "Ofcom harassed Press TV on (this) issue...."

Truth is widely suppressed in UK media. "The cat's chorus of conformity....is already becoming infamous around the world," including on BBC. More recently, it became "the Bush and Blair" operation, "and hasn't recovered. It's absolutely craven in front of power." Of course, Britain "controls their purse" and with it their content. The "same goes for Ofcom."

Press TV interviews this writer often. It provides a platform to speak openly and freely on many topics. Other independent writers, authors, academics and analysts also appear regularly. BBC and America's major media exclude them.

It provides real news, information, commentary and analysis. Airing 24 hours a day in English in most parts of the world, viewers can follow it by satellite, cable or online. Its US presence is limited through intermediary companies.

Controlled and funded by Britain's government, BBC's an imperial tool. Throughout its history, it's suppressed information, commentaries and analysis critical of its policies.

America's major media long ago abandoned truth, including on state-controlled National Public Radio and Public Broadcasting. It's true as well in Britain, especially on government-run BBC.

UK and US viewers can access all three online. Do so daily for real information and analysis to stay current and well informed - free from Western propaganda.

Another nifty agitprop from Kremlin mouthpiece Lendman on its ally Iran.  According to Lendman, an Iranian TV channel only speaks the truth, and we should all turn off Western channels and watch only it.  How sick can you get?

When real truth-teller Geert Wilders of Netherlands was banned from the U.K., where was Comrade Lendman's indignation piece?

Where was Comrade Lendman when Iran tried to suppress the truth about the stoning of women there?

What about the vicious suppression of the Green Movement in Iran? Lendman, I can't hear you?

Lendman has spewed millions of words of "framed" anti-U.S. and anti-U.S. agitprop, but trying to portray the brutal Sharia state of Iran as having any kind of truth is too too too.

Speaking of the U.S., it's time that Congress quit ostriching and:

1. Declare a moratorium on Muslim immigration

2. Pass the Winslow Amendment to the U.S. Constitution: "Congress shall
have the power to make laws restricting the free exercise of religions other than
Christianity and Judaism, including but not limited to Islam."

The Scourge of MSM's War on Truth