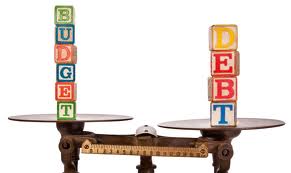 Stop Arizona Call for BBA
On Thursday, January 12, 2012, a bill, House Concurrent Memorial 2007, was introduced in the Arizona House. Bill HCM 2007 requests that the Congress of the United States: “expeditiously pass and propose to the legislatures of the several states for ratification an amendment to the Constitution of the United States requiring that, in the absence of a national emergency, the total of all federal appropriations made by the Congress for any fiscal year not exceed the total of all estimated federal revenues for that fiscal year.”

However noble this proposed effort to pass a Balanced Budget Amendment (BBA) to the U.S. Constitution might be, it would be unlikely to improve the state of the economy.

A call to balance the budget could go ignored due to a “national emergency,” such as a war, like the current U.S. wars in Afghanistan, Iraq, and other military operations throughout the Middle East and Africa, or some other crisis. In this event, spending would continue to increase and the budget would remain unbalanced.

A BBA could also create the conditions binding Congress to raise taxes, in the event that spending increased with insufficient or no cuts made in the budget. Most calls for a BBA have no stipulation to prohibit the federal government from raising taxes. There is also the possibility that a BBA to the U.S. Constitution would be ignored, much like the other amendments have been, especially the first ten (or Bill of Rights).

This is not an amendment that should be added to the Constitution. You now have the ability to help stop Arizona from calling upon Congress to propose a BBA to the 50 states for ratification. Contact your State Representative and State Senator now and urge him or her to oppose the passage of HCM 2007, and if it does come to a vote on the floor to vote NAY on the bill.

Your Friends at The John Birch Society

Reduce the spending, or increase the budget?

If we would simply repeal about 85% of the state laws and court cases - keep grandfathered court cases active as they are - and lay off most of the Government workers, then make the remaining workers and officials follow the U.S. and State Constitutions, things would work out just fine.