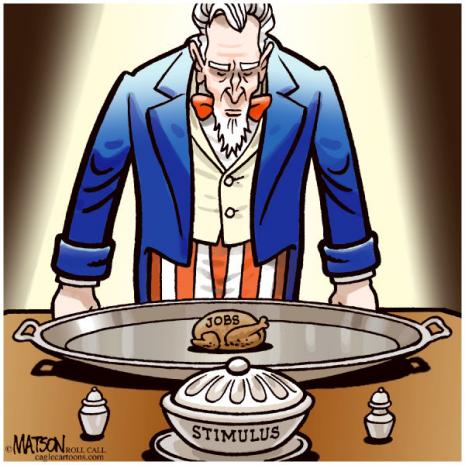 Economic analyst Harry Dent's 2009 book, titled "The Great Depression Ahead" became a national bestseller. He predicted the current crisis and worse ahead.

His new book, co-authored with Rodney Johnson, predicts "The Great Crash Ahead." He calls it inevitable and sees protracted trouble worse than 2008. It's coming between 2012 and 2014 he believes.

In 1992, he correctly forecast the decade's economic/stock market surge in his book titled, "The Great Boom Ahead." He's now Dr. Doom, predicting harder than ever hard times. He blames sharply falling incomes and aging Boomers among other factors.

He may or may not be right. He called the 1990s boom accurately but wrongly thought Dow values would reach 40,000. Now he sees massive money creation buying time but little else. Housing crashed. Major banks are dead. He calls Europe a "retirement community in debt."

He forecasts "economic winter" and advises:

• pay down debt sooner, not later;

On January 18, the World Bank's Global Economic Prospects said world economies teeter "on the brink of another major decline" with "anemic growth" at best through 2013.

Predicting "significantly downgraded" prospects from months earlier, it warned that '"the world economy has entered a dangerous period" as Eurozone turmoil spreads globally.

"The downturn in Europe and the slow growth in developing countries could reinforce one another more than is anticipated, (causing) further complicating efforts to restore market confidence."

Moreover, "the medium-term challenge represented by high debts and slow trend growth in other high-income countries has not been resolved and could trigger sudden adverse shocks."

It calls world growth less than 3% recession. Europe's already experiencing it, and high-income countries are expected to grow only 1.4%, signaling decline. Moreover, given unaddressed excesses, greater trouble than 2008 is possible "on both sides of the Atlantic...."

In other words, despite massive money creation, nothing's been resolved. In fact, conditions now are worse than when trouble began. For the moment, they're contained by throwing money at them.

That only works so long. Longer-term, it's a losing strategy doomed to fail, especially as unemployment rises, wages and benefits fall, safety net protections erode, public anger grows, and politicians offer no solutions.

The IMF's nearly as glum. It's predicting 3.3% growth in 2012, down 0.7% from months earlier. It also warned about "intensifying strains in the euro area" and fragilities elsewhere. They suggest "weaker underlying growth" ahead.

"(D)ownside risks (have) risen sharply," especially from "the intensification of adverse feedback loops between sovereign and banking pressures in the euro area."

Overall, the IMF sees the "current environment - characterized by fragile financial systems, high public deficits and debt, and (short) interest rates close to the zero bound - provides fertile ground for self-perpetuating pessimism and the propagation of adverse shock, the most critical of which is the worsening of the crisis in the euro area."

But trouble there spreads it everywhere. Unless "healing" occurs, a "1930s moment may arrive....where trust and cooperation break down and countries turn inward. (A) downward spiral....engulf(ing) the world" could result.

Meanwhile, China's slowing. Japan's in recession, and Europe's sickest of all. It's sinking while real Japanese GDP is expected to contract by 0.4% in the year ending March 2012. Headwinds may force down the Bank of Japan's 2% 2013 growth forecast because of protracted economic weakness.

Titled, "Debt and Deleveraging: Uneven Progress on the Path to Growth," it suggests systemic unresolved problems.

It calls deleveraging begun in 2008 "proving to be long and painful." Moreover, it's "in its early stages in most countries." In fact, debt's risen in the "ten largest mature economies....due mainly to rising government debt." It exploded but MGI glossed over a major problem getting worse, not better.

Among the world's 10 largest economies, debt increased by $7.8 trillion. In fact, it's more because information's suppressed. US household debt shrunk $584 billion (or 4%) since 2008. Home mortgage defaults accounted for up to 80% of the total. Jingle mail's been heavy and promises to increase.

Historical precedence suggests years more deleveraging to go. When it ends, US consumers "won't be as powerful an engine of global growth as they were before the crisis." Why? Because excess mortgage refinancing is gone. It added $2.2 trillion in spending power.

In its mid-January report, the Bank of Canada was just as glum, saying:

Europe's recession is "expected to last longer and be somewhat deeper than anticipated." B of C blamed tight credit and fiscal austerity reducing consumer purchasing power.

Modest US growth is expected at best. At issue is "ongoing household deleveraging, fiscal consolidation, and negative spillover" from Europe's crisis.

So far, fallout from Europe's crisis "has consisted mostly of a general retrenchment of risk-taking. (Ahead), the impact is expected to become more widespread (in) the form of increased funding pressures, adverse confidence effects and reduced availability of credit."

Europe and US bank deleveraging will reduce credit and restrain investment. Yearend 2011 baseline trend in real GDP was 1.6%. B of C sees Europe's crisis erasing half of it. It suggests rosy scenario forecasts are misguided.

Both McKinsey and B of C explain that today's environment is far different than any experienced since the 1930s. Other post-WW II recessions were short and shallow during decades of secular credit expansion. No longer.

Trouble always follows. Every bubble bursts. On the upside, markets overshoot and do the same coming down. They mean reverse and then some. It happens every time. In fact, the more extreme going up, the greater the fall.

Grantham calls it a "principal truth....(W)e live in a mean-reverting world in investing. (A)ll bubbles eventually burst." The most recent occurred in 2000 in America. It's second phase began in fall 2007 and remains ongoing.

The seeds of trouble are planted. No one knows when they'll sprout. Often it's when least expected. It's why Rosenberg says market upswings should be rented, not owned.

Progressive Radio News Hour regular Bob Chapman believes the euro is living on borrowed time. France's April presidential election could be decisive. If Sarkozy loses (he trails in recent polls), "the euro is history and perhaps the EU as well."

French and German voters want their currencies back. "They want change." Their citizens "no longer want the euro and all the responsibilities (and headaches) that go with it."

At the same time, dollar supremacy is threatened by other countries trading bilaterally in their own. China, Japan, Russia, Iran, Brazil, Argentina, Venezuela, and many others do it. At issue is long-term dollar decline and eventual loss of its world reserve currency status.

Replace the dollar with another currency and things change. It won't happen soon but bears watching. Chapman believes its dethroning is happening. "Over time, the US dollar will lose its preeminent position." China's yuan and Japan's yen will strengthen. If the euro fades as Chapman expects, they'll be more important.

"Without a euro, the dollar" faces greater pressure. It's "acted as a blocker and cover for the dollar," but that's ending.

So is America's century. It's ebbing as China rises, Washington makes more adversaries than friends, and eventually perhaps they have none except their axis of evil partners Israel and Britain. It can't happen a moment too soon.