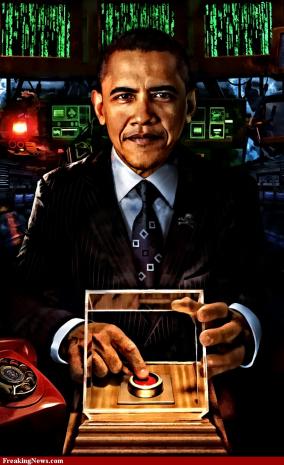 ACTA: Worse Than SOPA and PIPA - by Stephen Lendman

Internet freedom's on the line. SOPA and PIPA threatened Net Neutrality and free expression. So does ACTA. More on it below.

For now, the largest online protest in Internet history got Congress to abandon SOPA and PIPA for now but not permanently. Expect resurrection in modified form. Language may change but not intent. ACTA's worse.

Other nations got involved, including Canada, Australia, South Korea, New Zealand, Mexico, Jordan, Singapore, and the UAE. Ostensibly for counterfeit goods protection, it's about fast-tracking Internet distribution and information technology rules at the expense of Net Neutrality, privacy, and personal freedoms.

It establishes unrestricted supranational global trade rules. In the process, it tramples on national sovereignty and personal freedoms. Moreover, negotiations were secret until WikiLeaks reported in May 2008:

"If adopted, (ACTA) would impose a strong, top-down enforcement regime, with new cooperation requirements upon (ISPs), including perfunctionary disclosure of customer information."

"The proposal also bans 'anti-circumvention measures which may affect online anonymity systems and would likely outlaw multi-region CD/DVD players. The proposal also specifies a plan to encourage developing nations to accept the legal regime." Those opting out face retaliatory measures.

"The text (leaves no doubt) that ACTA is not just about counterfeiting." It's far more. It covers copyrights, patents, and other intellectual property forms, including the Internet.

It's also about the ability of users to "communicate, collaborate and create" freely. In addition, it imposes obligations (on) Internet intermediaries (and), requir(es) them to police" cyberspace and its users. As a result, it raises serious questions about open affordable access, free expression, personal privacy, and "fair use rights."

On May 27, 2011, the Foundation for Free Information Infrastructure (FFII) said the European Commission published a final ACTA text with few changes from its last known version. Since introduced, major media scoundrels reported little about its destructive provisions.

"As with many of the challenges we face in today's global economy, no government can single-handedly eliminate the problem of global counterfeiting and piracy. Signing this agreement is therefore an act of shared leadership and determination in the international fight against intellectual property theft."

Public Knowledge attorney Rashmi Rangnath called the deal the Obama administration's "attempt to foist US law on other countries."

It also broke another candidate Obama promise to "(s)upporte the principle of network neutrality to preserve the benefits of open competition on the Internet."

By law, executive agreements apply only to sole presidential authority issues. Treaties must be ratified by a two-thirds Senate supermajority. As a result, a circulating petition demands Senate consideration. By February 21, 25,000 are needed. So far, thousands are recorded. Dozens of legal scholars support it.

So far, the administration's stonewalling. It's circumventing the law like it always does and breaking a campaign pledge in the process. Post-SOPA/PIPA, Obama diktat authority rammed it through illegally.

In contrast, the Mexican Senate rejected it in a non-binding resolution. On January 26, Poland's Japan ambassador, Jadwiga Rodowicz-Czechowska, signed it. It's yet to pass parliament.

Public anger raged across the country against it. The hacktivist group Anonymous targeted signatory countries' official web sites. It threatened to reveal sensitive information about officials in countries passing it.

Anti-ACTA sentiment affected Poland's parliament. Opposition MPs wore masks to reflect their refusal to back it. Poland's Prime Minister Donald Tusk said he'll submit the treaty to parliament and sign it provided "the government is sure Polish law guarantees freedom on the Internet...."

After SOPA and PIPA's derailing, expect a close vote.

In a letter to members of the European Parliament, FFII said:

According to FFII's Ante Wessels:

"The ARTICLE 19 organization" said ACTA's "fundamentally flawed from a freedom of expression and information perspective. If enacted, it will greatly endanger the free-flow of information and the free exchange of ideas, particularly on the internet."

(7) Violates Article 21 of the Treaty on European Union (TEU), stating:

"The Union's action on the international scene shall be guided by the principles (of) democracy, the rule of law, the universality and indivisibility of human rights and fundamental freedoms...."

ACTA threatens personal and digital freedoms. It creates an extralegal "global IP enforcement institution to oversee its implementation." It turns ISPs into enforcers.

The agreement requires signatories "promote cooperative efforts within the business community" on issues regarding copyright and trademark infringement.
As a result, Internet access, censoring, and lost freedom may result.

"ACTA suffocates collaborative creativity and innovation, and less explicitly, but just as gravely, threatens free speech through provisions that may lead to Internet access restrictions for the 'sake' of combating 'imminent violation' of intellectual property laws."

Civil society organizations are outraged. In addition, some nations exposed gross political treachery in back-room dealmaking. For example, Brazil called ACTA "illegitimate." The Dutch Parliament refused to consider it. India strongly opposes it. So do other emerging economies saying it stifles their development.

Other nations are undecided. They all have until May 2013 to vote up or down. As a result, Washington's exerting immense pressure to bring opponents on board.

EFF calls back room dealmaking "an affront to a democratic world order." It's committed to work with other anti-ACTA groups to defeat ACTA.

The Inquisitr calls the agreement worse than SOPA and PIPA. It "takes a fairly bland idea - the right of companies to profit from their own intellectual property - and turns it into a governmental power grab and an excuse to weaken" Internet privacy.

ACTA potentially criminalizes almost anything online. It lets government and corporate predators censor, shut down sites, and prosecute owners if they object to posted content. Imagine the effect on free thought and opinion.

Criticize government or corporate lawlessness and be silenced behind bars. That's why stopping ACTA is crucial. SOPA and PIPA outrage was round one. ACTA's the main event.

A truth emergency exists. So far, it's mostly below the radar. Exposing it widely is crucial. Now's the time to act before it's too late.

Internet freedom's on the chopping block for elimination unless mass public outrages stops it. EFF cites other plurilateral deals like the Trans Pacific Partnership Agreement (TPP). It's more draconian than ACTA.

Internet freedom's on the line. The stakes are immense. Jefferson understood by saying that:

"If a nation expects to be ignorant and free, in a state of civilization, it expects what never was and never will be."

Now's the time to assure it doesn't happen. Spread the word! Mobilize! Agitate! Involve Congress! Stop this monster! It's our Internet! Get in the fight to save it!