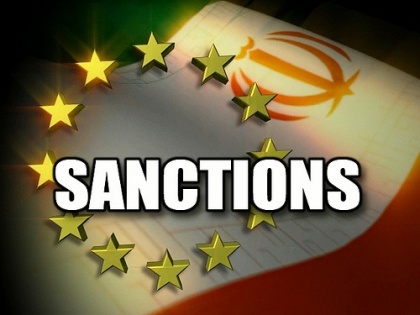 Partnering with America has consequences.  Europe's paying by shooting itself in the foot.

Europe buys up to 20% of its oil from Iran. Ending it means greater strain on economically stressed countries. Making up lost volume won't be easy. Putting lipstick on this pig doesn't wash.

Alternatives are few and far between. Claiming Saudi Arabia can compensate is false. Iran's reserves are third largest globally. No combination of Gulf states can replace its shipments.

Iran's "powerful and oil sanctions imposed by European countries will only harm the European Union because Iran can easily prove its oil supremacy in the Middle East region."

MP Nasser Soudani said "Europe will burn in the fire of Iran's oil wells....the structure of (Europe's) refineries is compatible with Iran's oil," so what's their alternative.

Moreover, expect oil prices to spike. Economic damage will follow. Weak EU nations will crater. Policy makers behind this scheme should be fired and replaced.

It gets worse. On January 28, Soudani said Iran's Majlis (parliament) Energy Committee finalized a bill to "halt all oil exports to European countries as long as they continue to ban oil imports from Iran."

Moreover, another clause forbids importing goods from countries imposing sanctions. If adopted, EU oil shipments may end in days. Vital supplies will be lost. Rogue EU countries will be left high and around 20% dry.

Sanctions cut both ways. Iran's extracting its own price. Going along with America is misguided. Policy makers in other countries know better. China's Foreign Ministry said "blindly pressur(ing) and impos(ing) sanctions on Iran are not constructive approaches."

"We have very good relations with Iran, and we are putting much effort into renewing Iran's talks with the 5+1 (the five permanent Security Council members plus Germany) mediators' group. Turkey will continue looking for a peaceful solution to the issue."

Too bad Ankara isn't like-minded on Syria and wasn't firm against join NATO's anti-Libyan alliance. As a result, its credibility falls short.

At the same time, its saying partner with America's belligerence and suffer the consequences. As a result, some EU nations may have second thoughts.

Others already dismissed sanctions, including Russia, China, Brazil, India, and perhaps Japan and South Korea. Expect growing numbers to join them. Partnering with Washington's self-destructive. Wiser nations refuse when their own interests are sacrificed.

In fact, swap agreements are proliferating. In 2009, seven Latin American nations established the Bank of the South. They include Venezuela, Argentina, Brazil, Uruguay, Paraguay, Bolivia and Ecuador.

Plans are to include all regional countries, outside the dollar, IMF and World Bank. Part of it's establishing a new SUCRE currency within the Union of South American Nations, independent of America.

ASEAN swap agreements expanded to the Chiang Mai Initiative Multilateralization (CMIM), regional bond markets, and bilateral swap deals. China's arrangement with Japan is especially significant given their mutual trade volume. It also promises others regionally away from the dollar, weakening it in the process.

In May 2009, Nouriel Roubini warned about a dollar decline. It'll take a decade or longer, he believes, but could happen sooner if America doesn't "get its financial house in order."

Moreover, the more other countries diversify, the faster it'll happen. It's only a matter of time as long as Washington's wicked ways continue. So far, there's no ending them in sight.