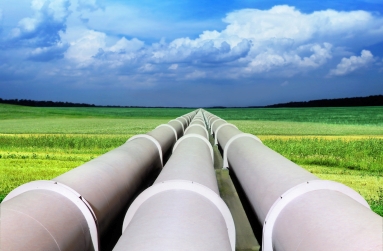 US politicians make a great show of concerning themselves with the level of unemployment. And so they bluster about the need for this new program or that new program – in fact, about any new idea except for the one that will actually be effective. Namely, stop the meddling.

Recently there have been some interesting developments that merely confirm the government's intentions are to continue doing exactly the opposite of what they should be doing.

For starters, we had the news that President Obama announced his administration was going to block the Keystone XL pipeline, blaming the decision on the Republicans and foisting responsibility for the call onto the back of Hillary Clinton's State Department.

The story has received quite a bit of coverage, so I won't repeat it here. However, I will mention a Reuters column by John Kemp, titled Keystone symbolizes what is wrong with US policy. As he points out, the initial permit application for Keystone XL was filed in 2008 – and yet here we are, going on four years later, and the president is complaining about the "rushed and arbitrary deadline" imposed by the Republicans as part of the latest round of budget theatrics.

The actual fact of the matter is that the United States is becoming increasingly unfriendly toward businesses that actually produce anything tangible, despite our politicians constantly carping about the evil capitalists sending American jobs overseas.

On that front, there's a great series that Bloomberg has just kicked off, titled America's Dirty War Against Manufacturing, on why US manufacturing is expatriating itself. Here's a relevant quote:

Those industries left the U.S. in search not of cheaper workers, but of more supportive governments. If the U.S. lost manufacturing due to high wages (or unions, labor laws, regulation – the other commonly cited villains), how do you explain the manufacturing success of Germany and Japan? Germany, the world's pre-eminent high-end manufacturing economy, has higher wages, stronger unions and stricter labor laws than the U.S. Japan, too, is a high-wage competitor, yet Toyota Motor Corp. still makes 60 percent of its vehicles there. General Motors Co. makes only about 30 percent in North America.

So if wages aren't to blame, what is?

While the government may make life hard for the manufacturing sector, it positively detests the extractive industries – the Keystone XL pipeline being just one of many recent examples. This week, for instance, the outlook for new mineral exploration and mining in the geological treasure-chest state of Nevada was cast into doubt by new regulations related to protecting the habitat of the sage grouse.

I have nothing against the sage grouse personally, or any other bird, for that matter. I am simply trying to make the point that if you are trying to attract capital investment, create jobs and reduce dependence on foreign producers of the tangibles our economy relies on, surprising businesses with ever more regulations is not helpful.

But the story my friend Porter Stansberry sent me takes the cake – it is a proposal to establish a "Reasonable Profits Board" whose sole purpose will be to control how much companies in the oil and gas business will be able to earn going forward.

A relevant quote from the article:

The Democrats, worried about higher gas prices, want to set up a board that would apply a "windfall profit tax" as high as 100 percent on the sale of oil and gas, according to their legislation. The bill provides no specific guidance for how the board would determine what constitutes a reasonable profit.

The Gas Price Spike Act, H.R. 3784, would apply a windfall tax on the sale of oil and gas that ranges from 50 percent to 100 percent on all surplus earnings exceeding "a reasonable profit." It would set up a Reasonable Profits Board made up of three presidential nominees that will serve three-year terms. Unlike other bills setting up advisory boards, the Reasonable Profits Board would not be made up of any nominees from Congress.

The bill would also seem to exclude industry representatives from the board, as it says members "shall have no financial interests in any of the businesses for which reasonable profits are determined by the Board."

Dan Ferris, the editor of Stansberry's Extreme Value newsletter, was on the same email string and on reading the article wrote back the following note, which I thought worth sharing.

Selling gasoline is a crap, low (if any) margin business. If you don't attach a convenience store to it, you make nothing. Refining gasoline has a margin between something like 1% and negative infinity, except every now and then when it almost looks like it's not another crappy business.

And Congress says they make too much money. If they could guarantee a reasonable profit, they'd be subsidizing it, not taxing it.

People who lend out your deposits (ten times over) and forbid Walmart from entering their business because Walmart's model would only benefit customers, not cronies, aren't making too much money.

People who get money from the government to keep the price of sugar double the global price aren't making too much money.

People who get money from government to grow corn so they can do the most expensive possible thing with it – turn it into ethanol – aren't making too much money.

College professors who don't teach, who drink fine wine, live in Tudor McMansions and drive Volvos while writing papers on the oppression of women in the workforce aren't making too much money.

But people who sell gasoline... one of the skinniest margins on Earth... a product without which life as we know it comes to a grinding halt... they're making too much money.

This is what you get when you vote, people trying to make good sound bites for ignoramuses who vote, as if the political process had all the depth and meaning of a Disney movie trailer. "Coming soon: Hope, Change and Reasonable Profits!"

And, finally, to put this all in perspective, the following is a quote that Reason magazine ran from Eric Schmidt of Google.

Q: You recently testified before Congress in an antitrust hearing about Google. What are your reflections on the experience? Were the leaders there asking the right questions?

Eric Schmidt: So we get hauled in front of the Congress for developing a product that's free, that serves a billion people. Okay? I mean, I don't know how to say it any clearer. I mean, it's fine. It's their job. But it's not like we raised prices. We could lower prices from free to… lower than free? You see what I'm saying?

I've said it before, I'll say it again here – if you want to fix the economy, stop government meddling!

[Persistently high unemployment is just one thread in the American debt crisis tapestry. Yet there are ways you can protect yourself – and even profit – during these troubling times.]

1 Comments in Response to About Those US Jobs

The only jobs that any of the gang of thieves, thugs, and incompetents in Washington give adamn about are their own! Who do you think caused the current problems that have led to the sorry state of the economy and the destruction of our nation? If you said U. S. politicians, you have been paying attention!