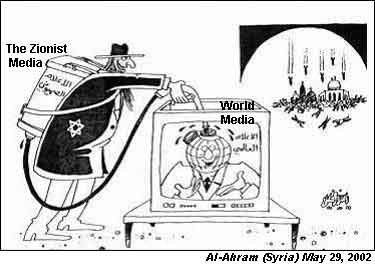 The diplomatic "setback" came the day after "Syrian opposition (elements) accused Assad's forces of killing hundreds of people (in) Homs, the bloodiest night in the 11 months of upheaval in the pivotal Arab country."

Like other pro-Western media, Reuters pointed fingers the wrong way. Throughout the conflict, Assad was blamed for Western-backed externally generated violence. In fact, he's more victim than villain, but don't expect media scoundrels to explain.

"Yesterday the Syrian government murdered hundreds of Syrian citizens, including women and children, in Homs through shelling and other indiscriminate violence, and Syrian forces continue to prevent hundreds of injured civilians from seeking medical help."

"Any government that brutalizes and massacres its people does not deserve to govern."

Since 1991 alone, Obama, Bush I and II, as well as Clinton, murdered millions of Iraqis, Serbians, Kosovars, Afghans, Libyans, Somalis, Yemenis, and many others ruthlessly and maliciously.

"Not only that: it has become a weapon of war, a virulent censorship (and deception) that goes unrecognized in the United States, Britain and other democracies; censorship by omission, whose power is such that, in war, it can mean the difference between life and death for people in faraway countries...."

In their book titled, "Guardians of Power," Davids Edwards and Cromwell explained why today's media are in crisis, putting free societies at risk. It's because fiction substitutes for fact. News is carefully filtered, dissent marginalized, and supporting wealth and power replaces full and accurate reporting.

For over a century, The New York Times notoriously served as America's lead print propaganda instrument. On February 4, it headlined, "Russia and China Block UN Action on Syrian Crisis," saying:

Hours before the Saturday Security Council vote, "the Syrian military attack the ravaged city of Homs in what opposition leaders described as the bloodiest government assault" so far.

Hours later, "(t)he Security Council voted 13 to 2 in favor of a resolution backing an Arab League peace plan for Syria, but the measure was blocked by Russia and China (as a) potential violation of Syria's sovereignty."

"Russia and China were the only permanent Security Council members opposing the draft, reminding others that it was not their place to intervene in another country's domestic affairs."

"The co-sponsors of the resolution have not, in the wording of the draft, taken into account that the Syrian opposition must distance itself from extremist groups committing acts of violence or called on states with the ability to use their influence to prevent such acts."

As a result, "(t)he Russian delegation was forced to vote against this draft resolution. We seriously regret this outcome of our joint work."

In Munich, Secretary of State Hillary Clinton, a notorious war goddess, said, "To block this resolution is to bear the responsibility for the horrors on the ground in Syria."

Throughout his tenure as UN Secretary-General, Kofi Annan was a notorious imperial tool. So is Ban Ki-moon. He called vetoing the Security Council resolution "a great disappointment to the people of Syria and the Middle East, and to all supporters of democracy and human rights."

He said doing so "undermines the role of the United Nations and the international community in this period when the Syrian authorities must hear a unified voice calling for an immediate end to its violence against the Syrian people."

Ban serves at the behest of Washington. He hasn't disappointed supporting years of imperial crimes, as well as Israel's against Palestine. No wonder Gazans pelted him with shoes during his February 2 visit.

Human Rights Watch (HRW) UN director Philippe Bolopion called last October's vetos by Moscow and Beijing "irresponsible," but today, "after weeks of Russian diplomatic game-playing and in the middle of a bloodbath in Homs, they are simply incendiary."

More often than not, HRW speaks for power, not human rights. Amnesty International also falls far short of its founding principles. Urging Russia's anti-Assad support, it called on Moscow to back Security Council actions against him instead of blaming perpetrators, not victims. It also falsely accused Gaddafi of Western-backed crimes. Libya's now ravaged. Will Syria be next? Veto power does little to stop it.

On Press TV Saturday, this writer said Washington prefers diplomatic cover for planned aggression. However, with or without it, imperial wars aren't deterred. In 1999, it bypassed Security Council approval against Serbia/Kosovo. It claimed NATO authorization alone mattered.

Obama plans regime change in Syria and Iran. As a result, expect a similar scenario to unfold.

Perhaps a false flag incident will precipitate conflict. What Washington wants, it gets, using whatever pretext fits the plan.

With major media support, getting away with murder is simple as bombs away. Expect it.