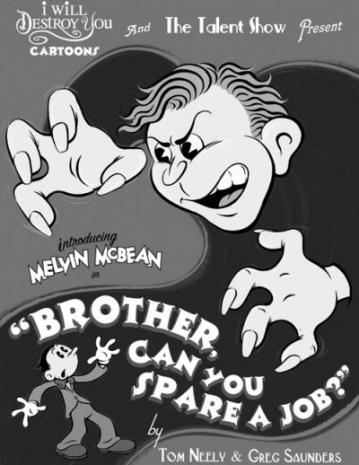 Reporting it doesn't make it so. In fact, it's more illusion than fact, but that doesn't surprise half of US households impoverished or bordering on it, according to recent US Census data.

Since crisis conditions began in fall 2007, most people experienced pain without gain. For them, current conditions are worse, not better, with no policies proposed to help them. That's today's grim reality, especially across America and Europe.

"Capitalism today abuses the people, environment, politics and culture in equal measures. It has fostered new extremes of wealth and poverty inside most countries, and such extremes always undermine or prevent democratic politics."

It's also "plunged the world into the second massive global economic crisis in the last 75 years." Yet in America and Europe, policies adopted assure harder than ever times ahead. Elections don't matter as no major parties offer better choices. Whatever their name, they're all involved in benefitting the few at the expense of the many.

Progressive Radio New Hour regular economist Jack Rasmus discussed the latest February 3 jobs report. He said it belies economic reality. Real unemployment's at 22.5%. Most jobs created since 2009 have been low pay temp or part-time ones with few or no benefits. Higher-paying full-time manufacturing, construction, high-tech, and others keep declining.

Unlike all previous post-WW II recessions, "the government sector has not created jobs to offset private sector losses." In fact, federal, state and local governments destroyed almost 650,000 jobs since mid-2009. Nearly, 250,000 were teachers. Moreover, around 20,000 public workers on average are laid off monthly.

If Obama maintains this trend in 2012, over one million public sector jobs will be lost with hundreds of thousands more coming after November 2012, whoever's elected.

In addition, long-term unemployed numbers rose from 24% in mid-2009 to over 40% now. Rasmus said "the Employment to Population Ratio that measures how well the economy (creates) jobs" shows the it's creating increasingly fewer numbers as population totals rise.

Obama's so-called job creation program is illusory. In January 2009, he promised six million jobs. Instead, over 40% of his $787 stimulus bill went for tax cuts, largely to America's rich and corporate favorites. In June 2009, 25 million were unemployed. A year later it was unchanged.

As a result, nearly 600,000 annual fake jobs are created in recessions. In addition, millions of discouraged workers aren't counted. Doing so masks the depths of today's jobs crisis. Yet major media scoundrels suppress it like a non-issue.

Obama's economic program serves Wall Street, other corporate favorites, and America's super-rich at the expense of ordinary households. "What was once a trickle down approach to job creation (became) a drip-drip policy."

Neither party offers credible fixes. Long-discredited programs are featured. Greater harm ahead is assured. Protracted Depression years will follow. Unemployment and poverty ranks will swell. So will human need. Hard times will get harder.

Reports of GDP growth are greatly exaggerated. For example, the alleged Q IV 2011 2.8% annualized growth was, in fact, "eight-tenths of one percent" net of unsold goods. In other words, "involuntary inventory build-up" produced more goods than sold.

Moreover deflating real inflation masks "no recovery (and an economy) in deep recession for four years despite" NBER (the National Bureau of Economic Research) claiming otherwise "based on rigged official numbers."

On February 2, Roberts repeated, "There is No Recovery," saying:

"A government and media that will deceive you about simple things such as inflation, unemployment, and GDP growth," said Roberts, "will lie to you about everything."

Indeed so from lowly bureaucrats to congressional leaders, to presidents, to top officials representing them, and major media scoundrels regurgitating their lies.

Roman philospher/stateman/political theorist Marcus Tullius Cicero once said "A nation can survive its fools and even the ambitious. But it cannot survive treason from within. An enemy at the gates is less formidable" because he's known. But covert traitors rot "the soul of a nation...A murderer is less to be feared. The traitor is the plague."

America's infested with them top to bottom in government and corporate board rooms. They serve elitist interests while popular needs go begging. They wage wars on false pretenses. They specialize in deception and fear. They profit from predation, destruction, and exploitation.

They cause human misery on an incalculable scale. They're driving America to tyranny and ruin. They made the country unfit to live in. They're now replicating their agenda on planet earth. It includes permanent war, banker occupation, super-wealth extremes, mass poverty, ecological destruction, and militarized control to curb opposition.

Reality's ignored to continue mass wealth transfers to banks, other corporate favorites and super-rich elites at the expense of deepening human need. The longer this continues, the worse the eventual ending. It's coming though timing can't be predicted.

On arrival the bang will be felt round the world. So will greater than ever misery for billions already experiencing too much. That's what Washington and rogue European leaders plan complicit with bankers and other corporate scoundrels.

Only mass outrage can stop them. It's there, growing, and if crosses thresholds of no return, all bets are off.

Ordinary people have more power than they realize when used collectively for change. It takes pain to energize action.

It's happening though only the fullness of time will determine where it's headed with what effect. Hopefully, better times will follow. The alternative's too unacceptable to tolerate.

These Are The World's Richest Families