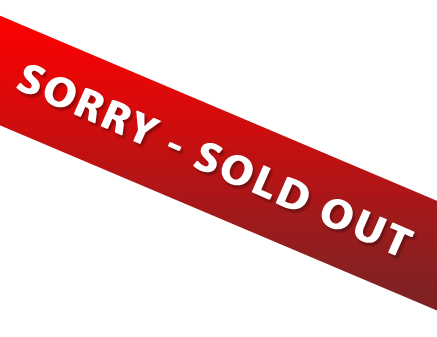 There are a number of reasons why many of us believe gold stocks will shoot for the moon before this bull market is over – they've done so many times in the past… the gold price still has a long way to climb… and producers are generating record revenue and profits. But I think there's another reason why gold stocks will soar – one that hasn't dawned on many in the industry yet.

The premise for my theory first lies in how gold itself is viewed. Some investors see gold as strictly a commodity or the infamous "barbarous relic." This group sees no compelling reason to buy the metal and so own little to none. Others view it as a play on a rising asset or because of supply and demand imbalances; they buy while those reasons are positive and sell when they turn negative. Still others view gold as a store of value, an alternative currency, or a hedge against inflation; they tend to buy and hold.

Ask yourself why you own gold. Is it because it's just another asset that offers diversification? Are you buying because it's going up and someone like Doug Casey thinks it will continue doing so? Or is it due to a genuine concern about the dilution of your currency, both now and in the future?

What's interesting to note is the shift in the number of investors wanting exposure to gold. Many who ignored it a decade ago are now buying. Those who started buying, say, five years ago, continue purchasing it today in spite of paying twice what they paid then. Slowly but surely, it's becoming more important to more people. To wit, increasing numbers of investors are viewing gold as a must-own asset.

So, what happens when it becomes a must-own asset to a substantial majority instead of a small minority? Sure, the price will rise, probably parabolically, but putting aside speculation on the price of gold for now, have you thought about what happens if you have trouble finding any actual, physical gold to buy?

I think what many bullion dealers warned of regarding supply in last month's BIG GOLD could come true. Andy Schectman of Miles Franklin insisted that the bullion market "will ultimately be defined by complete lack of available supply." Border Gold's Michael Levy cautioned, "If an overwhelming loss of confidence in the US unfolds, the demand for physical gold and silver will far outweigh all known inventories." And Mike Maloney of GoldSilver.com warned that if shortages develop, "physical bullion coins and bars might become unobtainable regardless of price."

Here's a trend to consider. The following chart shows the growth in the world's population vs. the total supply of gold from around the world. By this I mean new supply from mines, not the existing holdings of refined gold of various sorts held by governments, institutions, and individuals around the world. The population of planet Earth has grown roughly 15% just since the year 2000, while the new supply of gold from all sources (mining, scrap, de-hedging) has fallen 4.2%. The rate of growth in the world's population last year was 1.1%; while this is roughly similar to the increase in annual mine production for 2011, the trend right now is clearly for the growth in population to surpass the global supply of gold coming to market.

At the same time, demand keeps growing. China imported 3.3 million ounces of gold last November – and total global mining production outside China is just 6.4 million ounces per month. Gold bullion held by the world's central banks is at a six-year high – but it's roughly 15% below the amount they held in 1980 and has fallen in half as a percent of their total reserves.

Silver supply and demand paints an even starker picture: last year, for the first time in history, sales of silver Eagle and Maple Leaf coins surpassed domestic production in both the US and Canada. Throw in the fact that by most estimates less than 5% of the US population owns any gold or silver and you can see how precarious the situation is. A supply squeeze is not out of the question – rather it is coming to look more and more likely with each passing month.

This is great for gold owners and speculators, but it has further implications: As increasing numbers of people view gold as a must-own asset, and as supply is not keeping up with demand, where is the next logical place for investors to turn to get exposure?

Imagine the plight of the mainstream investor who calls a bullion dealer and is told they have no inventory and don't know when they'll get any. Picture those with wealth finally becoming convinced they must own precious metals and being informed they'll have to put their name on a waiting list. Imagine a pension fund or other institutional investor scrambling to get more metal for their fund and being advised the amount they want is "currently unavailable."

Mining equities would be the fastest way to meet that demand.

It's already happening on a small scale. Don Coxe, the Strategy Advisor to BMO Financial Group and consistently named one of top portfolio strategists in the world, stated that, "Gold has in the past decade evolved from being a curiosity, to a speculative investment, to a sound and necessary investment." He then urged investors to "emphasize the miners at the expense of the bullion ETFs."

David Rosenberg, chief economist and strategist for Gluskin Sheff, wrote, "If we accept the premise that gold is acting like a currency, in a world where central banks in many countries are bent on depreciating their own paper money, one could conclude that bullion will rally against all these units. Gold miners offer an attractive way to play this bullion rally. Because input costs tend to be heavily concentrated in the early years of a rally, history has shown that gold miners' shares tend to dramatically outperform bullion in the later stages of a gold bull market."

And it won't be just investors buying stocks; sovereign wealth funds will buy entire companies. China proposed to buy Jaguar Mining in November – a producer that can barely turn a profit – for a 74% premium, double the typical amount. China National Gold Group purchased five gold mining companies over the past four years, spending almost a half billion dollars to do so.

Then there was this from Mineweb last week: "A consortium of Indian companies led by Steel Authority of India has turned its sights to gold and copper exploration."

And this: "Afghanistan has now invited bids to develop gold mines in the provinces of Badakhshan and Ghazni…"

Keep in mind that the market cap of gold stocks is small – Apple and Exxon Mobil are each bigger than the entire gold sector. The boring water-utilities industry is almost three times larger. The sometimes-hated life insurance industry is more than 11 times bigger.

Meanwhile, most institutional investors are underweight gold and gold stocks, if they own them at all. The average pension fund devotes approximately 0.15% of its assets to gold stocks; doubling its holdings – still just one-third of one percent – would represent $47 billion of investment in the gold industry. If they wanted 1% exposure, $117 billion would flood our sector. And don't forget about the needs of hedge funds, sovereign wealth funds, mutual funds, private equity funds, private wealth funds, insurance companies, ETFs, and millions of worldwide retail investors like me and you.

All these entities could easily view a shift into gold stocks as a viable way to gain exposure to precious metals. It'll be the next logical step to take – maybe the only sensible step available if the supply of physical metal remains constrained. It will feel like the most natural thing in the world for them to do.

Make no mistake: if this bull market continues, gold stocks will truly soar. An increasingly desperate clamor for exposure to gold could light a short fuse for our market sector. It's not here yet, but when the rush starts, it will be both breathtaking and life-changing.

[You can buy deeply discounted gold today, getting yourself positioned for handsome profits ahead. Learn how to do it.]