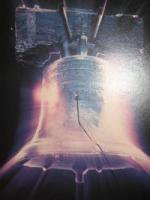 Give us an hour of your time to learn about the non-political plan to permanently organize We The People across America to hold government accountable and restore the Constitution. Tell a friend.  See our new organizing Tools and the Plan.
The WTP organization is attempting to give birth to 50 separate state controlled, locally funded and managed Constitution Lobbies.

Will Liberty survive?
Will your state be the next?

Learn more about the Constitution Lobby project and REGISTER for the Webinar at this link or just below:
http://www.givemeliberty.org/constitutionlobby/

5 Comments in Response to A Plan to Organize America to Restore the Constitution - Live Webinar Sun. Feb 12

And Carl, there is strength in numbers, absolutely, but not if you can't see the enemy:  The racketeering Ashkenazi COUNTERFEIT so-called Jew that is getting a second paycheck from the CIA (Criminals In Action)...  King's Men!!!  Why do you think investigations get no where?  Look at the last names of who is over-represented as a Secret Society of People hiding behind their so-called "Jewish" shield.

The Bible predicts this in Revelation 2:9 and 3:9 in that in these last days, there will be traitors, robbers, slanderers who will lock you up etc. etc. and that they "are not Jews, they are Liars!!"... Food for thought.  Spoken by a supposed descendant of the 75 year protectors of the Holy Land "GRAIL" family (by Stone, not by blood of Jesus & Mary M. propaganda).  What word does Grail rhyme with?  BRAIL.... Only with a "G" for the blind.  Yes, I do believe that at one time Freemasonry, as a Christian order in its origins has been perverted.


I swear to God that the "United We Stand[s]...hijacked by our faith comment" that I made removed the point that "United We Stand" was used as a ploy to use our emotional trauma and psychological abuse of that trauma tatooed in our brains through the media to ENSURE that we never THINK of standing up to who created this mess and profited from it at the Expense of WE THE PEOPLE.  I swear that I had typed that very argument, many words deleted that made the point well.

@Carl Rodriquez, with all due respect with the well-intentioned pose, I believe, that the emphasis needs to be on "We the People" and NOT UNITED WE STAND.

Why?  Because 9/11 has been so absolutely proven to have insiders who have expoited government positions and our trust to benefit from what many, I mean thousands of people identify is an insider heist for the Bush Family New WOrld Order, and no, it doesn't end at the Bush family.

United We Stand was a government tactic using our trauma against us and the "feel good" of cleaning up a mess that was caused by INSIDERS in OUR COUNTRY by exploiting actions by Clinton (bombing of Muslim communities) it wouldn't be difficult to have an intelligence created control group to create an actual event, or appearance of such. We didn't hear much about that though, we only remember the Monica Lewinsky distraction to make Clinton's treason and incitement of war without due process, it was made about something it is not.

So, I would make the argument more for the Declaration of Independence.  THAT IS HUGE.  Independence from the influence of The Global Banking Cartel (Vatican/Mormon/Crown alliance).  United we stands involved a lot of people enmeshed by their faith, and hijacked in to the lie.  If we are to be UNITED, it is to STAND UP to BANKSTERS.  Which means MORMON membership supporting this agenda, and unfortunately Catholics are caught up in this as well, many of our American made religions are held hostage.  Royal lineage (our government has a long history of English Royalty serving as President of the Crown-controlled U.S.) which brings to mind:

Why is Paul Revere's statement "The British are coming!!!" been removed from our schools?

Because the sleazy CIA lawyer-controlled UNITED STATES OF AMERICA (Now a Corporation), why in all caps at the 13/14th amendments, is SERVING THE QUEEN.  The American Bar (which wrote The Patriot Act) strengthened their control and profiteering from 9/11 through racketeering lawyers, among numerous other Americans, receiving a second paycheck from the CIA (Criminals In Action) to allow these horrible atrocities to WE THE PEOPLE.

God Bless America.  Awareness is paramount.  Please do the research and you will learn the truth.  You want to help American, spread the truth, don't wear a T-Shirt that feeds the lie of "United We Stand"....  Because we are being torn apart by Secret Societies.  (Kennedy predicted this problem with the passing of the 1961 Racketeer Influenced Corrupt Organizations Act, aka "RICO Act").

No one can argue with the 3 most powerful words ever written in the American Constitution,

I believe “We” all need to come together and be involved. Nothing will change until actively participate in our own self-determination. That is what America once stood for – I for one, would like to see more of our countrymen and women wake up, stand up, and unite together.

I invite you to visit http://www.united-we-stand.net and peruse the various designs of America’s 50 States including in its form of United States - “AMERICA.” I ask graciously that you share this with others who may see the intrinsic value of the message -

The American persona was founded on a declaration of unity. People standing together to be counted is a very powerful civics lesson - The understanding that “together – United” We can make a difference – United, We can be heard. Visuals can turn up the volume on any message without damaging an eardrum. A visual can become a powerful magnifier.

Consider a rally of 100-1000 people on the steps of your state capitol or the ‘White House.” There will be a large number of hodgepodge and mismatched articles of clothing that speaks psychologically of confusion. Dress those same people with “United We Stand!” t-shirts and the rally becomes a more powerful message. “United We Stand!” behind this bill, this event, this candidate…etc. It loudly proclaims – “We” come in numbers because believe in the message and together “We” have found common ground.

The Point Of No Return

When Revolution is Inevitable

'Lawmakers should read their own constitution before passing election laws'

Dismantling the Constitution: Police No Longer Have to Honor the Right to Remain Silent

'Assault Weapons' Ban: First Step on the Road to Tyranny

Democrats Announce Plan to End Second Amendment and Void the US Constitution...