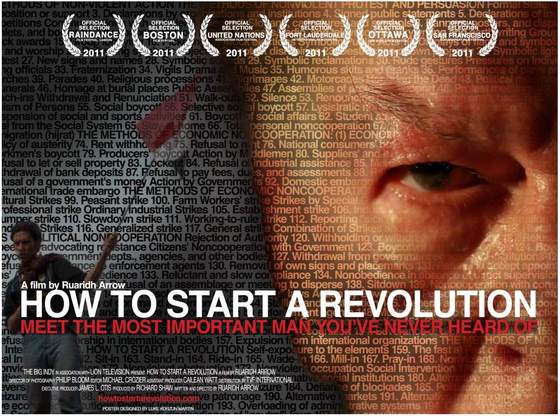 HOW TO START A REVOLUTION a new documentary film

A Documentary project in London, United Kingdom by Ruaridh Arrow

The Power and Potential of Nonviolent Struggle by Gene Sharp

The Power and Potential of Nonviolent Struggle by Gene Sharp

In this film Gene shows with example after compelling example what it takes to nurture successful nonviolent struggle. Military people trained in violence as the only way and people fighting against military violence can change their minds, hearts and ways as they learn how nonviolent struggle can work. Thoughtful strategy, discipline to carry it out, a willingness to learn and understand what people of a place want and will support are essential aspects of nonviolent struggle.

The film opens with a trailer of the award winning film - How To Start A Revolution.

Gene gave this talk, in 1990 at the National Conference on Nonviolent Sanctions and Defense in Boston. Since then he continues his work, ever more research, and writing that is translated into numerous languages where ever nonviolent struggle challenges non democratic ways.

Gene Sharp's books are available for order or free download from The Albert Einstein Institution, www.AEinstein.org
Including: From Dictatorship to Democracy, Self-Liberation, There Are Realistic Alternatives

This film is also available for broadcast on public access TV to download from PEGMedia.org. Phone your local public access TV station and ask them to broadcast this film so your local community can meet Gene Sharp and understand nonviolent struggle is a better alternative than war and other forms of violence. 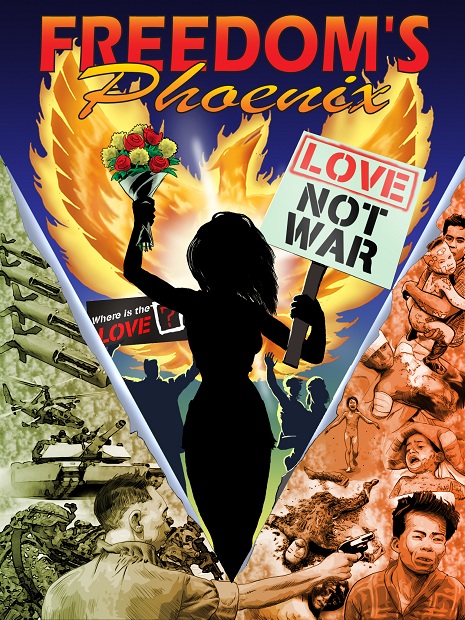 I have to thank Gene Sharp for teaching me how nonviolence works and why it should always be our first choice. It could have been used in every war we Americans ever fought. If it had, we would have had an untainted victory every time. Every war without it left us with a less civilized society and also less free, less safe, less prosperous. That's testimony to how necessary and powerful nonviolence is.
Make a Comment (1) • Email Link • Send Letter to Editor • View for Print

'Coup' Means Whatever the Regime Wants It to Mean

Protecting your house in the suburbs or the city. Fire from looters or a riot is a big threat.

THIS IS UNREAL... Water Riots Have Started

Uprising of Italian farmers in Piemonte: "We are not slaves, we are farmers!"

10 Promising Signs That The Insidious Mind Control Matrix The Elite Have Created...

The Spiritual Reawakening For Human Supremacy

When Revolution is Inevitable