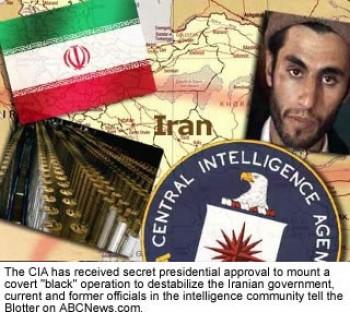 At the time, The New York Times called him "the most popular politician in the country." Nonetheless, a military showdown followed against pro-Mossadegh officers with each side staking their careers on the outcome.

He was deposed. Reza Shah Pahlavi replaced him. Sanctions were lifted, and America and Britain regained an Iranian client state until February 1979 when the same Anglo-American interests turned on the Shah and removed him.

As late as 1977, Jimmy Carter declared Iran an "oasis of stability." He ignored years of brutal regime repression. In 1978, a White House Iran task force recommended replacing the Shah with Ayatollah Khomeini. He was then living in France.

It was part of a larger scheme to balkanize the region along tribal and religious lines. It also sought to create an "arc of crisis" through Central Asia to Soviet Russia.

Accomplishing it in 1978 became urgent. The Shah was negotiating a 25-year oil deal with British Petroleum (BP), but talks broke down in October. BP demanded exclusive rights to future output but refused to guarantee oil purchases.

The Shah balked and sought new buyers in Europe and elsewhere. He also hoped to create a modern energy infrastructure built around nuclear power. He wanted to transform Iranian and regional power needs.

He envisioned 20 new reactors by 1995 to diversify away from Iran's dependence on oil. He also wanted Washington's pressure to recycle petrodollars weakened, as well as increased foreign investments.

Alarmed, Washington tried blocking his plan but failed. As a result, its usual tactics followed. They included cutting Iranian oil purchases, other economic pressures, and fueled instability through oil strikes, religious rivalries, and other disruptive practices to incite anti-Shah sentiment.

Major media scoundrels regurgitated government propaganda. Khomeini got a public stage to speak. The Shah was prevented from responding. In January 1979, things came to a head. He fled the country. Khomeini returned, and proclaimed the Islamic Republic with overwhelming public support.

In May, he cancelled Iran's nuclear plans. American officials thought they could control him and Iranian oil, but miscalculated. Free from Western dominance, Iran didn't look back.

On February 10, American Free Press contributor Pete Papaherakles suggested one reason why, besides America's intolerance of independent regimes, its quest for regional dominance, and determination to control its rich oil and gas reserves.

"Could gaining control" of Iran's central bank (CBI) be key? Few countries have independent ones. Pre-9/11, Libya, Iraq, Afghanistan, and Sudan were among them. No longer.

Islamic central banking prohibits usury. Western banks thrive on it through predatory loan practices. Money control is key to make more of it at the public's expense. Ousting Gaddafi perhaps was as much about banking as oil.

They want dominant money control. Achieving it in Iran is one of several reasons for wanting regime change.

Iranians want none of it. On February 11, they rallied across the country in solidarity against it.

Whatever their pro or con government views, they deplore Western imperialism. They remember hellish Shah repression or were taught by their parents who endured it. As a result, they reject going back and know how countries are torn apart and destroyed when America intervenes.

Press TV provided extended coverage of an extraordinary commemoration day. Millions turned out in over 1,000 Iranian cities and 5,000 villages across the country.

He stressed need for a new world order, guaranteeing justice, righteousness, prosperity, security, and dignity for everyone. He said governance should transcend racist stigmas and respect humanity.

He blamed US imperialism and Israel for supporting world despots and causing global turmoil. He said Iran stands resolute against them.

Annually, Iran commemorates its revolution. This year's turnout appears the largest ever. Over 300 foreign and 1,500 Iranian correspondents covered it. Images of huge supportive masses were impressive.

America never experienced anything like it. Why isn't hard to understand. When people have nothing to celebrate, they don't. Years of protest were needed for meager social gains. Racism and class divisions define America from inception to today.

Native Americans had no rights until the 1924 Indian Citizenship Act. It partially returned what no one had the right to take away in the first place. Today native people are treated more like serfs than citizens. Women's suffrage wasn't achieved until the 1920 19th Amendment after nearly a century of struggle.

Today, virtually all hard won gains are lost. Blacks have no reason to celebrate. Neither do Latinos and all working Americans exploited by corporate predators complicit with political Washington.

Early America was repressive and unfair. Today it's much worse beneath the veneer of illusory democracy, out-of-control imperialism, and Washington's war on humanity.

Freedom's a fading right. So is survival unless America's rogue agenda ends. Decades of destructive policies made more enemies than friends.

As a result, America's world influence is waning. Nations are more assertive saying no and getting away with it. Expect others to follow.

Putting a brave face on raw imperialism no longer works. Eventually perhaps only Israel, Britain, the worst of global despots, and a couple of small Pacific islands will stay supportive.

What can't go on forever, won't. Nations living by the sword, die by it. For growing millions, it can't happen a moment too soon.