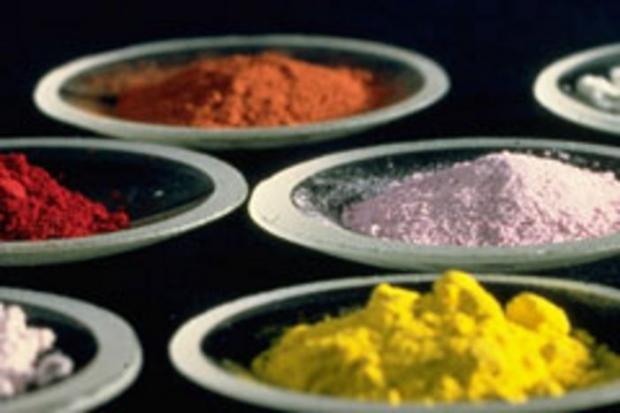 We've received a number of inquiries from Casey Research subscribers about our opinion on the current rare earth metals market. We have covered this topic previously, but this article, we'll take a fresh look.

As a matter of a recap, rare earth elements (or REEs) is a generic name for 17 metals widely used mostly in high-technology devices, such as mobile phones, laptops, flat screen televisions, hybrid car batteries, lasers, optics, and military equipment. New uses for these metals are being constantly found, but more on that later.

Despite the name, these metals are not actually rare in nature. The name refers to the fact that they are rarely found in a pure form and are usually mixed with other minerals, which makes extraction complicated and costly. Further, mining and refining of rare earth metals is environmentally challenging, due to acidic and radioactive byproducts. This is why most countries don't produce REEs. This has led to a reduction in reserves of these metals and left the bulk of production to less environmentally conscious companies and jurisdictions. China has expanded its production and, at least on the surface, looks to have a near monopoly on the industry. According to the US Geological Survey, China possesses one-third of the world's reserves and produces 97% of global supply.

None of this was a problem until China started introducing trade limits. Dramatic changes took place in 2010, when Beijing officially decided to cut export quotas on rare earths by 72%, to 35,000 tonnes, far below the levels of world consumption. Quotas were further reduced by 35% in the first half of 2011. Steep export taxes were applied, too. As a result, REE prices skyrocketed. Consumers lost some of their appetite for the now-expensive metals, and most REEs dropped in price – some of them by as much as two-thirds. Prices remain above historical norms, however, and were so lofty that exporters used only half of the Chinese quota allocations last year.

It's hard to miss the steep rise in prices from mid-2010 to April 2011. Should we expect similar price spikes in the future? And what's the long-term trend?

Analysts have opinions supporting both bullish and bearish outlooks. Some think another price rally is possible, since the industries using REEs are on the rise and also because there are, in the majority of cases, no substitutes for REEs. Neither is there an immediate solution to the market conditions caused by China's supply policy. Others believe that the REE market will face a surplus in 2012 and that prices will thus correct further.

The REE market is precarious because supply is artificially restricted. This imbalance can't be sustained for long, though, because industries and companies that use REEs need to have predictable and stable long-term supplies of the metals and hopefully at reasonable prices. It thus seems reasonable to assume that the market will find ways to decrease the effects of China's policy.

In fact, there are some adjustments already under way in this market…

Given the high REE prices, some previously producing REE mines are going back into production. Molycorp Minerals, for instance, is reopening its Mountain Pass Mine, which was shut down in 2002 because of competition from China and environmental concerns. The company was recently permitted to resume its operation and is expected to start producing this year. Another recent example is Australian miner Lynas, which obtained a license to begin processing rare earths at a new facility it's putting the finishing touches on. The company says by the middle of the year the plant will be able to process 11,000 tonnes of rare earths per year (about one-third of current world demand excluding China), and will later double its capacity.

Another solution to cope with supply shortages is recycling. Japanese companies have been studying the technology and costs of reusing neodymium and dysprosium from washing machines and air conditioners. Mitsubishi Electric has made some progress by creating a device that extracts rare earth elements from used household air conditioners. The machine "will be installed at a factory run by Green Cycle Systems Corp., a Mitsubishi Electric subsidiary in the city of Chiba and begin operations in April." Another Japanese company, Shin-Etsu Chemical, announced that it will spend 2 billion yen ($US25.8 million) to build a plant in Vietnam to process REEs from hybrid car motors and other products. The factory is expected to open in February 2013 and will produce 1,000 tonnes of rare earths per year.

If recycling technologies can manage to be cost effective, they will become another source of REE supply, albeit not as significant as new mine production.

Another way for companies to be less dependent on China's policy decisions is through new technology that uses less REEs. A widely quoted example is a company called Showa Denko, which managed to decrease its consumption of cerium oxide by half in 2011 by reusing the material up to five times, among other technological improvements. Other breakthroughs are likely to follow.

China officially mined 93,800 tonnes of REEs in 2011, only 5% more than in the previous year. Harsh export quotas and modest growth in mine supply are considered by some analysts as the incentive "to give priority of supply to domestic consumers and encourage foreign customers, mostly in high-tech strategic sectors, to move their operations to China." Whether or not they like it, the state of the current REE market may force some companies to relocate their production facilities to China. Japanese companies Showa Denko and Santoku, among others, have already done so.

It's clear that REEs have investment merit. These elements are crucial and irreplaceable for a lot of consumer uses.

However, the REE market is small, opaque, volatile, illiquid, and subject to manipulation. It's further complicated by a lack of reliable data, making it difficult to forecast and risky to play. It's also worth remembering that REEs are industrial metals, which are usually weak when the economy enters a recession – an outcome we think is more likely than not.

[How can an investor know when the time is right to get into a volatile sector like REEs – or out of an overblown sector? You don't need to become an expert in all the areas you invest in; you just need to identify and follow the resource titans who generate the most wins.]