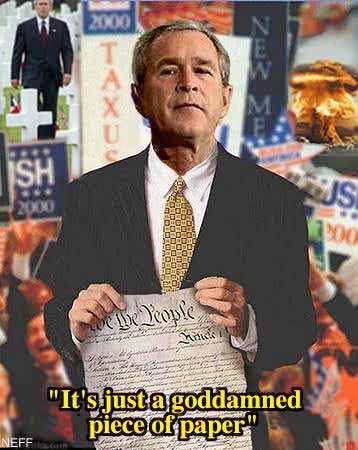 Major media scoundrels can't bear reporting good news they'd rather suppress, so they downplay and disparage it best they can. More on that below.

On February 27, Syria's Interior Ministry announced Sunday's impressive results. From 7AM, 14,185 polling centers opened across Syria's governorates, as well as at border crossings, airports, mobile desert areas, and other locations.

Syrians are enthusiastic for change. Despite opposition boycotts, threats, anti-Assad media campaigns, and turnout hampered in violence-torn areas, 89.4% of eligible voters approved it. Another 9% opposed, and 1.2% of ballots were invalid.

Overall, 57.4% of Syrians participated. The total was impressive, given the risks voters took to show up.

The Constitution includes 157 articles. From its initial draft, 14 are new, 37 were amended, and another 34 reformulated. Among other reforms, political pluralism was established for the first time, as well as presidential term limits, and press freedom.

Fighting keeps raging. Critics called it "too little too late, and Western leaders labeled (it) a farce."

"Even before the result was announced, after a morning of new shelling in the beleaguered city of Homs and elsewhere, some Western leaders had disparaged the vote as having no credibility."

UK Foreign Secretary William Hague said it "fooled nobody. To open polling stations but continue to open fire on the civilians of the country has no credibility in the eyes of the world."

In fact, Western-backed insurgents bear most responsibility for violence and instability to impose regime change most Syrians oppose. Their impressive turnout showed it.

Huge crowds voted in Damascus and other less violent areas. Voting continued until 7PM, and in high turnout areas until 10PM. Only then were centers closed.

Downplaying an impressive day, The Times said "(s)ome polling places appeared deserted, and at others, the opinions were divided."

"It's a phony referendum that is going to be used by Assad to justify what he is doing to other Syrians. So it's a cynical ploy to say the least."

"It is not going to work because the repression is continuing. They are caught up in this cycle, and it is simply to late."

New measures build on last September's oil embargo and other multiple rounds. They're effective after publishing them in the EU's Official Journal. It's usually within 24 hours of imposition.

In fact, rogue EU states, like America, won't tolerate democracy at home or abroad. They wage wars to prevent it.

For his part, Russia's Prime Minister Vladimir Putin warned about intervening against Syria and/or Iran "under cover of humanitarian slogans." In fact, "tragic events (are) driven not by concern for human rights, but a desire by some (nations for regime change and) to redistribute markets."

Russian news agencies quoted him saying nations need to "decide their own fate independently." He added that Western nations backed Arab Spring revolts to advance their own regional interests.

They very much want Syria and Iran regime change to assure them there against majorities in both countries.

Is This a Threat? Biden Strong Suggests the Rioting Will Stop When America Elects Democrats

Trump Supporter Executed Walking Down The Street In Portland, BLM Celebrates And Cheers The Killing

Democrats QUIT The Party in Droves, Voters FURIOUS Over Democrat Support For Riots Will Vote Trump

Arizona Is on the Verge of Turning Fully Blue