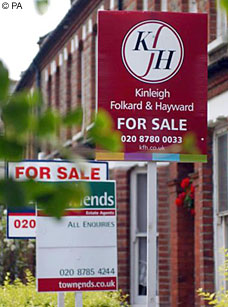 Recently, my parents were considering purchasing some real estate. As the financial professional in the family, they asked me, "What do you think? Will it go up in value? You know… not now, but eventually?" I've heard the same thing over and over again. In response, I shared my opinion: "Would you pay the current market price to live there even if its value never increased?" If the answer is yes, buy the property." Essentially, is the house worth it as a home, not as an investment?

In the past few decades, the concept of home ownership has been completely turned on its head. Previously, homes were considered a very long-term consumption good. Do you think anyone in the 18th, 19th, and prior centuries ever considered tripling the value of their homes by retirement time and selling them to move beachside? In the vast majority of cases, such ideas never crossed their minds.

Yet, somehow along the way, this became a reasonable investment expectation. Even today, home buyers still make their purchases with the hopes of escalating prices. But are homes really wise investments?

Consider the difference between your house and an investment such as Apple (NASDAQ: AAPL) stock. At a major company, the opportunities can be truly limitless. Apple can produce cashflows from computers, iPods, iPads, and future innovations that are just dreams and concepts today. If the local market is oversaturated, Apple has the option of spreading out all across the world. As a result, Apple's stock price has gone from $17 in 2005 to $540 today. Can your house do the same? Unless there's a hyperinflation ahead or your house is located in the New York City or London of the 21st century, the answer is no. Why? Because your house is ultimately a product – and products have an upper bound to their prices.

To understand this difference, there's no need to drag out the Case-Shiller Index or analyze complex statistics. Suppose one bought a single-family house over a decade ago for $200K. At the peak of the housing bubble, the price reached $500K; to his joy, the owner sold it and moved thereafter to retire in Florida. Can the house's price go higher from here? With Apple, the stock price can just keep climbing with greater profits and innovations. But is that true with real estate?

For the sake of argument, let's say that prices do keep rising. Eventually, the second owner sells to another buyer for $1 million a decade later. Guy number two also peacefully retires in bounty. Well, where does that leave the third guy? Unless real salaries make an incredible jump in the same time period, no one will be able to afford the home next. The median US worker earning $51K won't be selling such a house for retirement; instead, it will take him until retirement to afford it. In many ways, this "investment" more closely resembles a Ponzi scheme. (Yes, Ponzi schemes work: for those who get in early and get out – as the recent real-estate bubble demonstrated.) Ultimately, there's an upper bound to housing prices – they can't continue rising perpetually with no end.

The same is true of any product. At $300 for the newest iPod Touch, Apple might be doing well, but at $10,000 per unit, there likely would be very few buyers. As a homeowner, you're not holding a company that can innovate, cut costs, and enter new markets. You're ultimately holding a product which must be either sold to the next user or leased to the next renter. Houses are a good created for a specific use – to put a roof over one's head. They are not magical money machines. Previous generations understood this very simple concept. One built a home as a place to live and escape the elements – and worse yet, the squalor of tenement housing. Homes were not retirement tools, but rather long-term goods.

Unfortunately, policy makers still view homes as investments and are always worried about low prices. But is it really healthy to play another round of the same Ponzi scheme? Suppose the Fed manages to inflate housing prices again. There will be another boom in which some folks will make a tremendous amount of money. Eventually, housing prices will hit an unrealistic upper bound. Again, home prices will violently drop, resulting in homeowners deeper underwater than now. Of course, the banks will again take a hit as the mortgage holders. As long as real incomes trail the rise in housing prices, there will ultimately be a correction of some sort.

So, do I think the current real estate market is just fine? No, of course not; but I don't think shocking houses prices back into a bubbly stratosphere is the solution. Ideally, I'd like to see increasing housing prices, but only at the pace of real growth in society's wealth. Over the last few decades, houses grew in value for good reasons and bad. On the good side, the economy had been expanding. On the bad side, the Fed's low-interest-rate bubble artificially inflated housing prices beyond what made sense for our economy to sustain.

If US companies such as Apple are creating greater abundance in society, it makes sense for housing prices to grow with greater wealth. But, bringing those prices higher on a wave of printed cash does not make us wise investors, but rather willing participants in a Ponzi scheme where someone else will be left holding the bag. Though that might be an attractive solution for those underwater on their mortgages, it's no solution for the economy as a whole – nor for the next buyer.

[Treating houses as investment vehicles – a strategy pushed by federal government policy – is one part of the complex conditions that have created the current American debt crisis. Start learning about it, so that you can be among those who not just survive, but thrive during the challenging times ahead.]