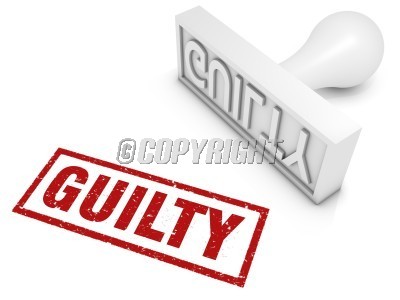 As a result, from April 4 through early October, hundreds were lawlessly tried. Military judges convicted defendants by accusation. Justice was denied.

"Based on scores of interviews with defendants, former detainees, defense lawyers, and observers of the trials, as well as a comprehensive review of available court records, medical documents, and other relevant material, this report finds that the National Safety Courts repeatedly failed to respect and protect basic due process rights."

"These findings are similar to those in the November 2011 report of the Bahrain Independent Commission of Inquiry (BICI), which comprised five international jurists and human rights experts, and was created by royal order in June 2011."

The monarchy's choice lack competence, impartiality and independence. Defendants can't communicate properly with counsel. Nor can prosecution witnesses be cross-examined. As a result, they're convicted by torture extracted confessions. They have no validity in judicial proceedings.

In one case, the tribunal convicted and sentenced a defendant, despite no incriminating evidence against him. Moreover, trials were mostly closed to the public.

Overall, National Safety Courts "served primarily as a vehicle to convict defendants of alleged crimes stemming from the exercise of fundamental rights of freedom of expression, association, and assembly, in violation of international and Bahraini law."

In fact, hundreds were convicted of "political crimes" related to exercising their free expression rights.

He was sentenced to five years for encouraging assemblies, demonstrations, and sit-ins, "discuss(ing) the demand for a republic," asserting the existence of "sectarian and tribal discrimination in the country," and claiming Bahrain's government "lost its legitimacy."

Al Haq leader Hassan Mushaima was also tried. He was accused of advocating "marches, demonstrations and civil disobedience" supporting the "establishment of a democratic republic." He got a life sentence.

Human rights advocate/political opposition leader Abdulhadi al-Khawaja was also convicted. He also received a life sentence for "advocat[ing] the overthrow of the regime, a willingness to sacrifice, disobedience, a general strike, and marches." Prosecutors also charged  him with "insult(ing) the army" and "impugn(ing) the integrity of the judiciary."

Of the 21 activists, two got 15-year sentences, despite no evidence whatever against them. Blogger Ali Abdulemam and human rights activist Abdul Ghani al-Kanjar were tried in absentia. No incriminating evidence was presented. Yet they were convicted of joining an illegal group and attempting to overthrow the government.

Overall, all 21 activists were convicted. Eight got life sentences. Others got from two to 15 years, despite violating no laws.

All 20 medical personnel were also convicted for doing their jobs responsibly. Baseless charges included joining in "slogans and chants," expressing "hatred and contempt for the governing regime," and "broadcast(ing) false and tendentious news" in interviews.

In fact, one defendant was convicted for having accidently stepped on the prime minister's photo. Charges against another involved asking Manchester United football club manager Alex Ferguson to observe a moment of silence before a match.

Judicial proceedings were rigged to convict. Military judges prohibited defense lawyers from cross-examining prosecution witnesses. In some cases, defendants got no right to testify in self-defense.

HRW also examined numerous other cases. They included a prominent defense attorney and former parliamentarian. In all trials, defendants were guilty by accusation.

Bahrain's civil courts function like military ones in highly politicized cases. Eleven of the charged 21 activists were earlier accused of being part of a "terrorist network" in civil proceedings. They involved 25 opposition activists.

The case was ongoing when unrest began last year. As an early concession to protesters, King Hamad freed 23 of the 25. However, 11 were re-arrested, tried and convicted.

In the "terrorist network" case, defendants were denied the right to counsel and access to trial materials. In addition, inappropriate prejudicial public statements were made against them. Moreover, allegations of torture in detention were whitewashed. According to court minutes, all but one defendant claimed security forces abused them physically and psychologically.

Charges against all were spurious. No evidence whatever proved crimes. An accused cleric was asked about his sermons and "what rights people should have."

Last year, HRW interviewed eight defendants after their release. All said they were tortured and ill-treated. They explained beatings, sleep deprivation, forced prolonged standing, extended isolation in solitary confinement, and other forms of abuse.

Torture extracted confessions used in two civil trials unraveled during proceedings. One case involved two defendants accused of assaulting a pro-government newspaper editor. In fact, the victim said they weren't his assailants. After release, the two men said they were slapped, punched and threatened with electric shocks until confessed to stop pain.

The other case also involved a torture extracted confession. An innocent young man got a year in prison, despite his passport showing he was in Britain at the time of the alleged incident. According to HRW:

"The egregious violations of fair trial rights in the cases presented in this report do not reflect simply poor practices by individual judicial officers, but also serious, systemic problems with Bahrain's criminal justice system as a whole and the role of the military and intelligence services in state oppression."

"For this reason, the government should conduct thorough and impartial investigations into the broad range of human rights violations detailed in this report by implicated ministries and agencies, including the Ministry of Interior, the National Security Agency, the Bahrain Defense Force, the Ministry of Justice and Islamic Affairs, and the Public Prosecution Office."

"The government should fully prosecute those responsible for serious abuses, regardless of position or rank, and adopt measures to deter future violations."

Despots spurn rule of law principles with impunity. They also ignore calls for judicial fairness and redress for victims. Instead, their crimes against humanity continue daily.

Since nonviolent protests began in February 2011, dozens of people were killed. Over 90 journalists were threatened and abused. So were many others. Hundreds of arrests were made. Virtually everyone was brutally tortured.

Defendants tried were guilty by accusation. Rigged proceedings railroaded them. On March 4, the Bahrain Center for Human Rights said unfair, politically motivated civil trials continue. They operate like military ones.

Virtually everyone convicted, sentenced and imprisoned is innocent. No matter. Some got life sentences for supporting right over wrong. King Hamad calls them terrorists. Like other regional despots, he's a valued US ally.