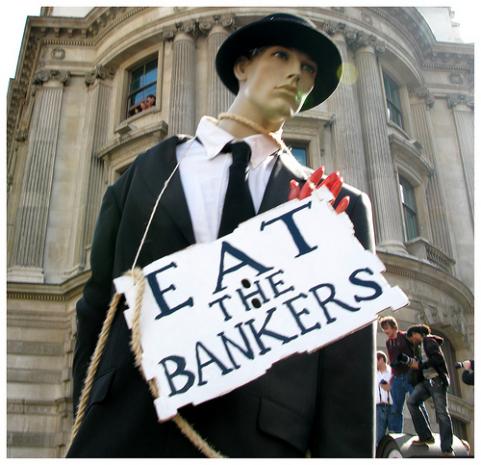 America: Land of the Poor

Years ago, who could have imagined the appalling growing poverty level in the world's richest country?

Various reports confirm it, including a new one by the University of Michigan's National Poverty Center (NPC), titled "Extreme Poverty in the United States, 1996 to 2011".

NPC promotes multidisciplinary research on poverty and policy. It mentors and trains poverty researchers. It analyzes causes and consequences, and addresses pressing policy questions at both federal and state levels.

Its methodology dates from the mid-1960s and hasn't changed. Inflation's taken into account annually. Families are judged poor based on pretax income. Non-cash benefits aren't counted, such as Medicaid and food stamps.

Adjusted for inflation, current thresholds are slightly higher, but bear no relation to reality. Individuals and families need double or more these levels to avoid poverty. Moreover, jerry-rigged inflation numbers further distort cost of living effects on all households.

The Department of Health and Human Services has its own federal aid eligibility guidelines. They differ slightly from Census numbers, and reflect marginally higher Alaska and Hawaii thresholds.

The Personal Responsibility and Work Opportunity Reconciliation ("welfare reform") Act (PRWORA) changed eligibility rules. From 1935 until then, needy households got welfare payments through Aid to Families with Dependent Children (AFDC). It protected states by sharing caseload costs during hard times.

Under TANF, recipients must work or receive job training, even during hard times when employment's harder than ever to find. Moreover, single mothers with young children are grievously impacted. During their most formative years, children need them as caregivers.

With increasing austerity official federal policy, protracted harder than ever hard times are assured. Future NPC and other reports will reflect them.

Moreover, when TANF was established, contingency fund assurances were given. That was then. Austerity demands little or none. The 2009 Recovery Act included TANF Emergency Fund aid. In September 2010, it wasn't renewed.

Moreover, its benefits are half or less poverty thresholds. Based on real inflation adjusted dollars, they've dropped precipitously since 1996.

They dropped from around 12.3 million 1996 monthly recipients to 4.4 million in June 2011. Adult beneficiaries comprise only 1.1 million.

As a result, millions of unemployed parents "have little access to means-tested income support programs." A new generation of poor resulted. They include "households with children living on virtually no income."

Children always are harmed most. Since November 2008, those affected increased dramatically at a time safety net protections are way inadequate and eroding.

About 48% of affected households are headed by White non-Hispanics, 25% by Blacks, and 22% by Hispanics. NPC added:

"Thus, extreme poverty is not limited to households headed by single mothers or disadvantaged minorities, though the percentage growth in extreme poverty over our study period was greatest among these groups."

It also said eroding social benefits are "leaving many households with children behind." They haven't enough resources to get by. TANF and other forced austerity bear most blame.

Given bipartisan agreement for additional deep cuts, America's most vulnerable more than ever are on their own out of luck because policy makers able to prevent it don't give a damn.