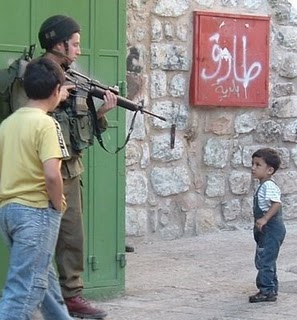 On March 8, women worldwide commemorate International Women's Day. It celebrates over a century of economic, political, and social achievements.

Since arrested on February 16, she's only ingested water. However, for the past five days, extreme nausea prevents her from drinking more than 1.5 liters daily.

On March 4, PHR-I petitioned the Petach Tikva District Court, demanding immediate access to Hana. No word on if it's approved or rejected. PHR-I expressed grave concern for her health. After two weeks without food, muscle decomposition begins. The heart and other organs are affected.

On March 5, Hana's lawyers petitioned Israel's Military Court of Appeals to end her administrative detention. Her scheduled March 7 hearing was postponed until March 11 or 12. She vowed to continue hunger striking for justice.

For days, Palestinians rallied supportively. A candlelight vigil was held. Dozens of other Palestinian prisoners hunger struck with her. According to Palestinian Prisoners' Club head Qadoura Fares, they're also protesting their own horrific conditions.

Since February 28, they'd been hunger striking supportively. Earlier they did in mid-February for one day. In response, Israel punished them harshly. Now they'll endure Nafha Prison isolation far from home. Israel often does it punitively. As a result, their suffering increases.

Torture is official Israeli policy. So is state terror and many other forms of cruel and inhuman treatment. April 17 marks Palestinian Political Prisoners Day. Dozens of human rights and other organizations worldwide called for a day of international action against Israeli injustice.

According to PLO data, around 100,000 Palestinians, including 10,000 women, were lawlessly administratively detained since 1967. Many spent months or years uncharged with no trials. Young children are affected as part of Israel's collective punishment policy, violating international law.

Arrested on 18 April 2002, she was sentenced to 17 years in prison. She's currently at HaSharon.

On October 4 2006, she received 6 years in prison. She's currently at Damon Prison.

On December 7 2011, she was arrested. She's also at HaSharon. So far, she's unsentenced. Though age 17 when arrested, she'll be treated like an adult. Israel makes no distinction in violation of international law.

Arrested on March 4, 2012 while visiting an imprisoned family member, she's currently detained for interrogation in Beersheva.

On March 6, 2012, she was arrested. She's currently undergoing brutal interrogation at HaSharon. Virtually all Israeli interrogations use torture, abusive and degrading treatment to force innocent detainees to confess. It's standard policy.

On February 16 2012, she was re-arrested less than four months after release as part of Israel's October 18, 2011 Shalit prisoner exchange deal. Earlier she was lawlessly detained for two and a half years.

On February 23, 2012, she received a six month administrative detention without charge. On March 4, it was reduced to four months. For her and thousands of other Palestinian political prisoners, four minutes is too long.

As a result, Hana, Khader Adnan, and others hunger strike for justice. Hana's at HaSharon. On March 8, day 22 and counting began.

All Palestinian prisoners are treated abusively, including children and women. They endure "sexual harassment, psychological and physical punishment and humiliation, and a lack of gender-sensitive healthcare. These practices (violate) international law and must stop immediately."

On March 7, the Palestinian Center for Human Rights (PCHR), Al Mezan, and Al Dameer called for Hana's immediate release. They hold Israeli responsible for her life and welfare.

A joint March 8 Palestinian Council of Human Rights Organizations (PCHRO) statement said Palestinian women and girls are "regularly subjected to harassment, intimidation and ill-treatment by Israeli military authorities and as a consequence they are denied the enjoyment of basic human rights such as education, health and freedom of movement. Such treatment amounts to an assault on their dignity and security of person in violation of international law."

"The international community of States cannot continue to avert its gaze while Israel refuses to apply international human rights law, including the Convention on the Elimination of All Forms of Discrimination against Women (CEDAW), in the OPT."

"Israel is not only in violation of the positive duty to implement its obligations under CEDAW, but also, through the imposition of illegal policies such as restrictions on the freedom of movement, is in breach of its negative duty not to interfere in the enjoyment of the rights under the Convention."

Israel spurns all international law abusively. Contemptuously, it treats Palestinians horrifically for praying to the wrong God and demanding freedom on their own land in their own country.

As a result, they're called terrorists. World leaders able to act do nothing. With or without help, their liberating struggle continues.

Hana, Khader, and many other courageous hunger strikers highlight its importance. Millions worldwide support them. Everyone should! Their struggle is ours!

JFK “The President and the Press” Speech, before the American Newspaper Publishers Association.

MUST WATCH FILM: Under the Sign of the Scorpion, by Juri Lina, aka In the Shadow of Hermes (Full Film)
http://www.thetruthseeker.co.uk/?p=30145

Israel Is The Greatest
Threat To The Entire World
The Sampson Option
http://www.rense.com/general95/samp.html