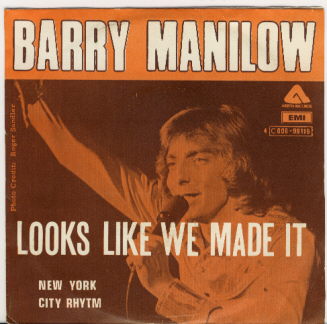 One reason the resurgent antigovernment "Patriot" movement is taking off so quickly is the support for many of its central ideas that comes from ostensibly mainstream figures in politics and the media.

These men and women have helped to put key Patriot themes — the idea that President Obama is a Marxist, that he and other elites in the government are pushing a socialist takeover, that the United States plans secret concentration camps and so on — before millions of Americans, many of whom actually believe these completely false allegations. Whether these people tell such tall tales because they believe them or simply because they are willing to shamelessly pander for votes or ratings, is anyone's guess; but the noxious effect on the body politic is the same. Here are profiles of four such characters: (here are the two we are happy to finally be listed with :)

In a recent Washington Post article, a media analyst contended that Fox News was at a crossroads. He said the network was in danger of losing its credibility as a newsgathering operation because of far-right conspiracy-mongers like host Glenn Beck.

But Beck is not the only one weakening Fox's credibility. Another hot contender in the far right-wing advocacy department is Fox's "senior judicial analyst" — Judge Andrew Napolitano.

Napolitano, a former state judge in New Jersey, appears on several Fox shows and is broadcast on any given day over the television, radio and the Internet. He was scheduled to be the keynote speaker this past February at the first annual Tenth Amendment Summit in Atlanta, but was snowed in and never made it. He missed out on rubbing elbows with neo-Confederates, conspiracy theorists and antigovernment Patriot activists.

It seems the TV judge is vying to become a fixture on the far-right lecture circuit. He was also scheduled to address the 2010 New Hampshire Liberty Forum, a gathering of self-described "pro-liberty activists" who are striving to "cut the size and scope of government by about two-thirds or more."

Napolitano has joined other conspiracy theorists in falsely claiming that efforts to expand affordable housing through the Community Reinvestment Act were responsible for the crash of the economy in 2008. He called Sarah Palin's baseless accusation that Obama was trying to set up "death panels" a "legitimate concern." He falsely suggested that Obama bribed a congressman to change his vote on health care by appointing his brother to an appeals court.

Napolitano joined Fox in 1998. He appears daily on "The Big Story with John Gibson," co-hosts "Fox & Friends" once a week and is a regular on "The O'Reilly Factor." Napolitano taught constitutional law and jurisprudence at Seton Hall Law School for 11 years. He was the youngest life-tenured Superior Court judge in the history of New Jersey and served on the bench from 1987 to 1995. He returned to private practice in 1995 and began his career in broadcasting that same year.

The "Ron Paul Revolution" failed to put the radical libertarian and outspoken Texas congressman into the White House, but Paul's long-shot campaign gave voice to discontented conservatives and created a prototype of sorts for the Tea Party insurgency that followed.

Whether he's advocating pulling out of the United Nations, trashing the Fed, or returning to the gold standard, Paul's views have scored him plenty of points among the Patriot crowd. One Patriot activist minting his own currency in the late 2000s even created the "Ron Paul Dollar."

With his straight-shooting style and unwavering ideology, Paul represents an accessible brand of Patriot politics that helps validate and stoke fears of an overreaching government on the far right. Paul told Fox Business News earlier this year, for example, that the health care reform legislation "is immoral because it's based on government theft." On his congressional website, he warns that Census information has been used to intern Japanese Americans and find alleged tax evaders and draft dodgers. "It is not hard to imagine that information compiled by the Census could be used against people in the future, despite claims to the contrary."

Paul has encountered controversy over racially charged comments that surfaced during his 1996 congressional campaign. A March 15, 1993, issue of his newsletter, The Ron Paul Survival Report, included this nugget: "If there is one thing we don't need in this country, its [sic] more Haitians [sic] immigrants with AIDS. Congratulations to the Senate for stopping, at least temporarily, Clinton's plan to have the AIDSians move here to die at $100,000 a pop, courtesy of the taxpayers."

A May 15, 1995, newsletter delved into traditional Patriot paranoia, including an article about foreign troops training on American soil and President George H.W. Bush's "New World Order." An article about a botched raid by the Bureau of Alcohol, Tobacco and Firearms is presented under the headline, "Jack-Booted Thugs."

Paul claimed in 2001 that ghostwriters had penned the newsletters that bear his name but acknowledged he bore "some moral responsibility." Paul, a physician who is often called "Dr. No" for his routine opposition to government programs, not only survived the controversy and won the election, he continues to build his popularity. He easily won the Conservative Political Action Committee's presidential straw poll this year.

Active ‘Patriot’ Groups in the United States in 2011

The Southern Poverty Law Center identified 1274 anti-government “Patriot” groups that were active in 2011. Of these groups, 334 were militias, marked with an asterisk, and the remainder includes “common-law” courts, publishers, ministries and citizens’ groups.

Generally, Patriot groups define themselves as opposed to the “New World Order,” engage in groundless conspiracy theorizing, or advocate or adhere to extreme antigovernment doctrines. Listing here does not imply that the groups themselves advocate or engage in violence or other criminal activities, or are racist.

The list was compiled from field reports, Patriot publications, the Internet, law enforcement sources and news reports. Groups are identified by the city, county or region where they are located.

Where is the list of "non-patriot groups" i.e. groups that oppose constitutional government, principles of the founding fathers, Christian morals/values, anti-God etc. Groups such as the southern poverty law center? When did it become "extreme" to believe in the principles and values of your "fathers"? How is it "anti-government" to resist forces that are destroying "constitutional government"? Socialism is anti-God, anti-freedom, anti-American. How about a list of groups that support socialism in America? I'm a patriot, how about you?

This is one of the proudest moments of my life.  sob.  sniff.  And they even spelled our name correctly.  Mother would have been so pleased.