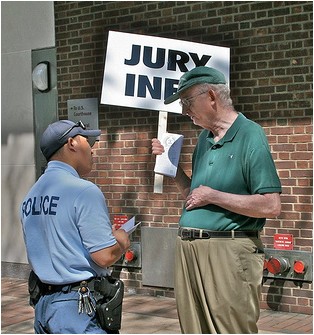 If you fight for a cause, almost anyone can change the world. It takes personal discomfort, confrontation, and persistence.  It  does not  happen fast.  Usually  it  takes  a generation, and sometimes maybe longer.  You do not convince the present generation. It is the following generation that you hope to reach.
You engage in unconventional behavior that produces publicity and adherents to your cause.  You grow or join a movement.  Remember that eternal publicity is the price of justice. You must be a publicity hound.
Individuals who changed the world, with the help of their followers, were Moses, Jesus, Mohammad,  Matin Luther,  Buddha, Isaac Newton, Johannes Gutenberg, Albert Einstein, Max Planck, Stephen Hawking, Sigmund Freud,  Mohandas  Gandhi, Martin Luther King, Ayn  Rand, Victor Hugo, Charles Dickens, George Washington, Anne Morrow Lindbergh, and many others.
Many of these people were ordinary people.  Moses started his career by killing a man, spent most of his adult life in exile from Egypt, must have been stoned out of his mind to be talking to a burning bush, had a speech impediment, and was 80 years old when he decided to lead the Israelites out of Egypt.

Jesus was a poor carpenter when he decided to challenge the priests and money changers on the Temple Mount, yet founded a religion, as did Buddha.  Mohammad started a holy war and founded a religion.  Luther was excommunicated by the Catholic Church, but founded another religious group.

Newton was a compulsive introvert, who rarely spoke.  Yet he founded the Royal Society, which started the scientific revolution for which he was considered the second most important individual of the last millennium.   First place was given to Johannes Gutenbergh for developing the printing press. Max Planck discovered quantum mechanics, but never believed it.  Einstein was an introvert, but dominated modern physics. Hawking is completely physically incapacitated and cannot talk, but he holds the physics chair at Cambridge University once held by Newton.

Mohandas Gandhi was a pathetic old man, but he liberated India.  Martin Luther King was a 25-year old Black man in the United  States,  but  he  coalesced  the  civil  rights  movement.

George Washington was a pompous, extravagant, womanizer.  He was President of the Constitutional Convention, but made no legal contribution to it.  His genius was keeping his mouth closed, but uniting all the delegates into a common goal by throwing lavish parties for them.

Charles Dickens, Victor Hugo, Ayn  Rand, Ann  Morrow Lindbergh, and many others did it by writing books.

The secret to changing the world is to use your particular talent with persistence, publicity, and patience.
Julian Heicklen is a retired Chemistry Professor from Penn State University. He has been a libertarian activists for many years, has spent countless hours on the steps of court buildings handing out FIJA (Fully Informed Jury Association) information, as well as being an advocate for marijuana legalization. He has been arrested and incarcerated many, many times for his efforts to educate the public of government corruption, and fled to Israel on May 22nd, 2012 as a political exile and was granted Israeli citizenship at customs. Visit his webpage at TyrranyFighters.Com and Facebook.

Time to stock up on more guns, more advanced guns, better guns, and lots of ammo. If you are going to die in the Nazi executions anyway, you might as well go down fighting.

In some respects the U.S. and the modern State of Israel are traveling on near-convergent paths, like trains passing at a siding.

Israel started out as a weird mix of traditionally observant Jews and those who slipped off the rails, driven by the "Pintele Yid" towards socialism (a defective, secular substitute for genuine "Tikkun Olam").

Slowly, today Israel moves forward.  The inexorable dynamic of assimilation & intermarriage are removing the secular and marginally religious Jew (along with the attachment to socialism).  At the same time, the world-wide shift to economic value vesting in Knowledge sets the course towards a market economy.

Conversely, America slowly slides (held back only by a huge inertia, borne of past glories) towards a future of being a marginalized, third-world, "Idiocracy". Replete with resources, but with a culturally selected population of sullen, grasping drones, (the productive class having quietly slipped away), America will eventually chugg to a moaning, exhausted, stop.

It is good that Julian Heicklen, has returned to his people.  May we all merit the coming of Moshiach ... soon.

Thank you for the good news, Ernie!