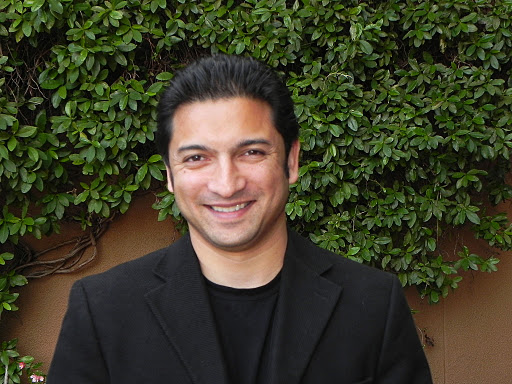 Bengali from Wimbledon gets a degree in philosophy from Cambridge University, then tools around in a band. Joins GQ, has a blast, becomes features ed. Then turns freelance and moves to Los Angeles to spend the next nine years writing features about fringe groups and subcultures, sex, crime, entertainment and boxing. Work appears in the UK and the US, in titles like Details, the Los Angeles Times, Marie Claire, GQ and the Observer. He's currently the US Correspondent for British Esquire.

Then - polygamy. A piece for Marie Claire leads to a documentary for Channel Four leads to a book deal in which he spends far too long exploring Mormon fundamentalism in the American West. Which leads to Secrets & Wives: The Hidden World of Mormon Polygamy (Soft Skull Press), which comes out Spring 2011.

And in amongst all this, he moves to India for a couple of years to edit lifestyle magazines for men. First GQ India in Bombay and then some others at the India Today Group in Delhi. India is full of surprises, not all of them pleasant. But never mind. He returns to LA, continues to work on books and articles and such.

Webpage: Esquire.Co.UK
Esquire Magazine U.K. - In America In 2012, This is What a Radical Looks Like
VIDEO ARCHIVE OF DECLARE YOUR INDEPENDENCE WITH ERNST HANCOCK FOR 7-13-12,  HOUR 3:

Ron Paul: The Untold Story Of The Man Who Inspired A New Generation Of Liberty Lovers

Ron Paul: The Untold Story of the Man Who Helped Inspire a New Generation of Liberty Lovers

The Truth Is A Harsh Mistress

Should Libertarians Vote for Biden, Jorgensen, or Trump? A Soho Forum Debate

Trump vs. Biden: What is Best for Libertarianism?