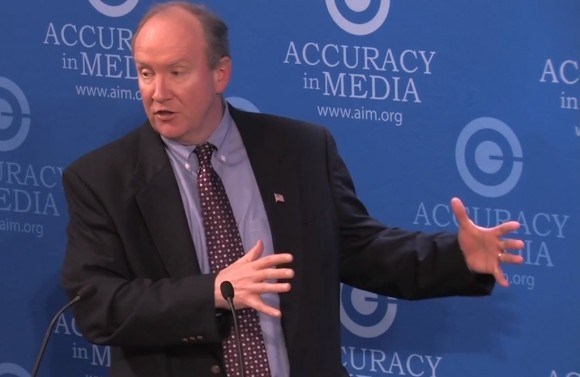 Risk perception isn’t what it used to be. Ask the swelling ranks of Canadian junior oil and gas companies braving high-risk venues like Sudan, Iraq and even Yemen.

Technological advances and the shale revolution are making risk easier to digest. And political risk is no longer limited to developing countries. Plus, risk is increasingly relative: Ask anyone who’s been caught up in the politics of the Keystone pipeline.

Sudan is a case in point. While instability and a very fragile peace with South Sudan remains a threat, there is also growing optimism. The philosophy is this: Sudan and South Sudan will come to terms for the sake of economic growth, and oil will get them there. The prize: An estimated 5 billion barrels of oil.

Emperor Oil (TSXV: EM.V) is an international oil and gas company with a focus on the Middle East and North Africa. Most recently, the company has renegotiated the terms of a joint venture gas deal in Turkey and introduced a significant conventional oil project in Sudan.

James Stafford: Oil and gas juniors are now setting up shop in high-risk countries like Sudan, Iraq and even Yemen. What’s behind this new era of risk, and are we likely to see more of this?

Andrew McCarthy: This question creates an opportunity for risk comparison – is it less risky to drill a mile below the ocean surface and create the kind of disaster we saw BP (NYSE: BP) deal with in the Gulf, or do we continue to look for work in regions that have accessible resources and are anxious to advance their economic position along with the health and welfare of their community?

James Stafford: So you are saying that on a comparative level even North America has become a political risk? And that in this balancing act, volatile places like Sudan do not necessarily pose any greater political risk?

Andrew McCarthy: Yes, there are always risks associated with any investment. The US halted all exploration in the Gulf of Mexico for extended periods following the BP disaster. This is a risk that few would have foreseen when exploration and development began in a country whose level of political risk is considered to be negligible.

James Stafford: Furthering your point, there have been a number of other unforeseen political risks, both in the US and Europe…

Andrew McCarthy: Certainly. The US banned all exploration and production in the Marcellus Shales in the State of New York. The US has also stalled the construction of Keystone XL pipeline that would link the US to Canada’s oil sands. In Canada, we have seen the province of British Columbia place a moratorium on offshore drilling. Across the Atlantic, we have also seen Europe place a moratorium on all shale exploration and development.

James Stafford: What is your message to investors who still view Africa and the Middle East as too risky?

Andrew McCarthy: Based on all of these North American and European developments, is it any less risky than operating in developing countries?

James Stafford: Which brings us to Emperor’s operations in Sudan. When South Sudan declared independence in July 2011 it took with it some 75% of the known oil resources. Since then, the situation between Juba (the capital of South Sudan) and Khartoum (the capital of Sudan) has been tense and even bloody. How will this affect exploration and extraction?

Andrew McCarthy: Well, now we have healthy competition due to the secession of the south and the need for both countries to maximize their economic opportunity. The skirmishes fought in the spring were quickly squelched when both countries realized the impact it was having on their economy and their people. Rather than fight over existing production they have chosen to expand their resource development so that there is a larger pie to share.

There have certainly been many difficulties over the years but the country recently emerged from a democratic process that the South secede in a diplomatic fashion. Both countries are now keen to advance, and the competition to succeed is healthy and beneficial. Of course, one also has to remember how truly enormous this country is and how remote some of the areas are in which much of the oil reserves are located.

James Stafford: There is also the question of infrastructure. South Sudan is seeking alternatives to transiting oil through Sudan, and Juba is extremely optimistic about the prospects of a new pipeline from South Sudan to Kenya. This is all part of Kenya’s massive regional infrastructure plan—the $24.7 billion Lamu Port-South-Sudan-Ethiopia Transit corridor (LAPSSET). How feasible is this pipeline? What are the implications for Khartoum?
How much would Khartoum stand to lose in transport revenues if this pipeline is realized?

Andrew McCarthy: I think this is an unnecessary undertaking that will be difficult to finance for many different reasons. Pipelines are exorbitantly expensive to build and would seem especially unnecessary given the fact that they could face similar problems to those which they have just overcome in Sudan [in terms of prohibitively high transit fees].

It is doubtful that a new pipeline would have any negative effects in Sudan. If anything it would likely cause the country to push for further exploration and production so as to maximize the infrastructure already in place.

James Stafford: The International Energy Agency (IEA) forecasts a drop in Sudan’s oil production through 2017. This contradicts Sudan’s own projections that it could double production in the next two years. How realistic is this?

Andrew McCarthy: I think that they are more than realistic. The main pipeline and port in Sudan is more than capable of handling the capacity. The resources are proven and available.

James Stafford: Despite the problems between Juba and Khartoum, Emperor seems confident that development and production will proceed without interruption. Can you tell us more about your recent progress in Sudan that boosts this optimism?

Andrew McCarthy: Emperor has signed an MOU to acquire a 42.5% interest in concession Block 7 in Sudan. The other 57.5% is owned by the country’s energy company, Sudapet. Block 7 is 10,000 sq km in size and tens of millions have been spent on the property. The property has 3 discovery wells which have been drilled, capped and are waiting for production. Initial production will be shipped by truck using existing roads which connect the property to the country’s main pipeline, located approximately 60kms away. A tie-in pipeline will be constructed during the second phase of development.

James Stafford: Beyond Sudan, another key area of focus for Emperor has been Turkey, a key strategic player in Middle East oil and gas, where oil majors like Chevron Corporation (NYSE: CVX) and ExxonMobil (NYSE: XOM) have significant interests. What can you tell us about Emperor’s recent activities here?

Andrew McCarthy: Emperor has a JV agreement with a partner in the Catalca Block in Turkey’s Thrace Basin. A major gas discovery was made on the property, which is located 30 kilometers west of Istanbul and only 5 kilometers from the natural gas pipeline supplying the country. The short-term plan is to complete the discovery well and connect it with the pipeline tie-in located only 5kms away. The long-term plan is to drill 5-10 more wells and expand the resource significantly.

James Stafford: In high-risk countries, what should investors look for risk mitigation?

James Stafford: Certainly, the reverse would be true as well?

Andrew McCarthy: Yes. In Sudan, for instance, Canadians have an excellent reputation for quality work. They embrace the community and are willing to share their technologies and knowledge with the local people. Canadians are seen as net contributors and effective partners whose relationships are valued.

James Stafford: How are technological advances contributing to the juniors’ readiness to operate in risky territory?

Andrew McCarthy: With ever improving technical advantages in extraction methods I believe we will see more opportunities for resources which have a lower cost structure. Shale oil and gas developments will continue to evolve and conventional oil will have to compete on a cost level. Traditional extraction methods won’t have the same exploration budgets nor will they be able to compete unless the extraction is simple and inexpensive. I believe this is why we are starting to see a renewed interest in Africa and South America.
Energy reserves are abundant, they are often defined by past work and are inexpensive, efficient and safe to extract. This creates a significant advantage that can in many cases offset the political and geopolitical risk that was once associated with these parts of the world.

I also see the world becoming a safer place. Modern communication has improved access to information and changed people’s basic needs to wants and desires. Resource development creates employment and wealth – the cornerstone from which luxury and comfort is attained. Energy development is fundamental to advancing social, economic, health and safety standards for the world.

James Stafford: On a broader level, does natural gas have much further to fall, or have we seen the bottom?

Andrew McCarthy: I think we have seen a bottom in North America but Europe’s moratorium on shale exploration and China’s environmental concerns and air quality issues create a huge demand for natural gas, which in turn creates a long-term, sustainable model for natural gas exploration, development and export.

James Stafford: Will the shale revolution live up to the hype?

Andrew McCarthy: I really don’t believe the hype has even started yet. Unfortunately, the uninitiated are still focusing on the concept of ‘fracking’, while this is in fact one of the oldest technologies. We’ve been ‘fracking’ oil and gas wells since the 1930s. What has changed and continues to change is the technology applied – do you know they actually use CAT scan equipment to check shale porosity? It’s truly a fascinating region of science. The shale oil developers refer to 2010 like its ancient history and there is no reason to expect this rapid pace of development and advancement to slow.

James Stafford: While shale is currently the hot item, which sector will be the next big thing for energy investors?

Andrew McCarthy: Conventional oil is an excellent place to invest if you can find opportunities in areas that have excellent resources and are overcoming or mitigating their political risk. I think that technology stocks which are focused on the energy sector create wonderful investment opportunities. We are in a technological revolution in this industry. When people speak of peak oil they should first realize that the issue is energy – not oil. And in order to talk about a peak we have to eliminate the human factor – man’s creativity, ingenuity, invention and design always has and always will prevail.

By. James Stafford of Oilprice.com