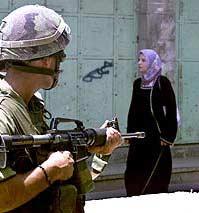 No Relief for Palestine in New Year

Gaza remains isolated under siege. No relief in sight looms. Occupation harshness is policy. Peace is a four-letter word.

Dominant Israeli hardliners scorn it. So does Washington. Violence and instability advance their agenda. Conflict will continue in 2013. So will Palestinian suffering.

His notion of Palestinian self-determination is none at all. Rhetorically he claims otherwise. On January 1, Israel National News headlined "Netanyahu Stands behind 'Palestinian State' Vision."

Palestine, of course, achieved statehood in November 1988. Netanyahu has his own vision. It's conditional on "a public, binding and unequivocal Palestinian recognition of Israel as the nation state of the Jewish people."

He insists Palestinians must recognize Jerusalem as Israel's exclusive capital. Behave like good little boys and girls, he insists. Obey your Israeli master.

Only Jews have rights. Do what we say or else is policy. Mahmoud Abbas is enforcer. He's well compensated for services rendered. They'll be no third Intifada as long as he's president, he says.

He scorns resistance. He deplores liberation. He supports surrendering most of Palestine to Israel.

Marwan Barghouti is a legitimate Palestinian leader. He's Palestine's most popular one. He's a prisoner of conscience. He was incarcerated on fraudulent charges.

If allowed to run for president, he'd win overwhelmingly. Imprisoning him for life prevents it. On December 26, he was interviewed. Israel's Channel 10 did so for the first time.

He warned that if occupation continues, a third Intifada looms. It'll be a popular, nonviolent one, he said. If he was Palestine's president, he'd support it.

He called Abbas a "comfortable" Israeli partner. He said Israel spurns peace. He believes resistance is essential. Change won't come any other way.

He spurns new elections. In October, sham municipal ones were held. They were the first since 2005. Democracy wasn't on the ballot. Legitimate choice was excluded.

Hamas opted out. A spokesman said "Our supporters understand that we are not participating, and therefore we expect them not to vote for anyone."

Palestinians are stuck with him as long as he stays president. Likeminded pro-Israeli stooges await to replace him when he steps down.

Ayoub Smamasneh lives in Um Haroun, Sheikh Jarrah. His plight reflects thousands of other Palestinians. They're victims of Israeli ethnic cleansing. They live on land Israel wants. State authorities can't claim it legally. They steal it instead.

"To whom it may concern," he wrote. His family is threatened. He's lived in his home since 1964. He and his wife raised six children.

In 2009, Israel's General Custodian told him his rental agreement won't be renewed. Israeli authorities sued him "to take ownership of (his) property via individuals they claim are descendants of (pre-1948) original Jewish owners."

Two judicial hearings were held. Evidence proving nearly 40 years of legitimate residency was dismissed out of hand. Leave by December 31 or be forced out, he was told.

"As far as we know," he said, "the property will be handed over to a right wing settler organization that has previously taken over properties in the neighborhood."

Israeli law reflects double standard illegitimacy. Palestinian land is stolen for Jewish development. "We are about to lose our home and be thrown out onto the street," he said.

"Forced eviction will not only be a human tragedy but also a political maneuver to strengthen and expedite" East Jerusalem settlement expansions.

He called on readers and concerned people worldwide for support. Ongoing evictions affects others. On December 31, around 1,000 Palestinians got evacuation orders.

On December 6, the Hamoked Center for the Defence of the Individual said from 1967 - 1994, "Israel revoked the residency of some quarter million Palestinians from the West Bank and the Gaza Strip."

Another 14,000 East Jerusalemites were affected. Without notice or judicial review, Palestinian land was stolen. Thousands lost their residency status. Homeland rights were lost.

On January 1, Maan News headlined "A precarious existence in the Jordan Valley." It's home to some of Palestine's most fertile land. Most Palestinians there are impoverished. Basic infrastructure is lacking.

The entire Valley reflects "a patchwork of zones in which Palestinians are allowed to live." They have little room for maneuver.

According to UN Office for the Coordination of Humanitarian Affairs head Ramesh Rajasingham:

"These restrictions have removed their ability to be self-sustaining. They are in an artificial humanitarian crisis. They have the capacity, the training, the education, but because of man-made restrictions, they are made vulnerable."

Their legitimate rights are denied. Israel stole their land. It's "marked as closed military zones and nature reserves. An additional 50 percent is controlled by settlers."

Palestinians are largely shut out of land rightfully theirs. They're denied sufficient clean water and other essential services. Settler needs are prioritized.

Multiple Israeli military bases occupy Valley land. They terrorize Palestinian residents. They're called "intruders" on their own property. They're dispossessed of what's rightfully theirs. One resident said:

"The army came and said 'if you don't leave we will demolish your houses. You must to to Tayasir.' (It's) far from here." Palestinians have no choice. Leave or be forced out.

Eviction orders are served regularly. A "general environment of fear and uncertainty, particularly among children" affects everyone.

Palestinians living in or near military firing zones are most affected. They have "little access to services such as health care and education, and no basic utilities like electricity and sanitation."

Building on their own land is prohibited. Doing so assures demolitions and fines. Settlers get financial help on stolen Palestinian land. They're encouraged to take full advantage.

Israel wants Jordan Valley Palestinians out. It wants total area control. Resident rights are spurned. Growing numbers are impoverished. They hang on best they can. They struggle to retain what's rightfully theirs.

Settler violence "continues to escalate on a daily basis." Israel practically encourages it. Nothing is done to stop it. Settlement construction facilitates land theft. Palestinian dispossessions accompany it.

Abbas is bluster without bite. He's not about to confront the hand that feeds him. He nears retirement. He amassed enormous stolen wealth. He wants to live comfortably when he steps down unharassed. Acquiescing to Israeli harshness assures it.

His enforcer services, rigged elections, and opposition to legitimate Intifada resistance show where he stands. He'll do nothing to block growing annexation of Palestinian land. He talks but stops short of acting. He's not about to lose everything he gained.

He was imprisoned for 10 years. Last October, he was freed with others in exchange for Gilat Shalit. In July, Israel rearrested him. He was bogusly charged. In August, he hunger struck for justice.

His condition deteriorated. Village residents support him. A solidarity march was organized. Clashes followed. So did mass arrests. At least 17 children were targeted.

Security forces terrorize village residents daily. Hani Issawi lives in Issawiya. "There's an intifada here," he says, "but it's" by police, not residents.

"In the past (few) days, there have been no demonstrations, no marches, nothing, only police provocations."