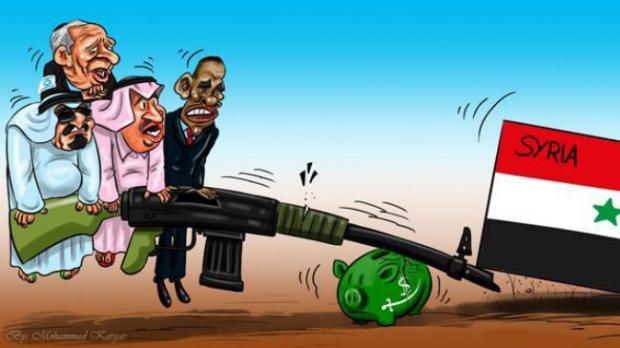 The Office of the UN High Commissioner for Human Rights (OHCHR) commissioned the analysis. It covers the March 15, 2011 - November 30, 2012 period.

Her previous reports on Syria expressed one-sided anti-Assad sentiment. She part of the conspiracy to replace him with a pro-Western puppet.

Whatever she reports is suspect. Credibility on Syria isn't her long suit. She spurned her mandate. Instead of responsibly "strengthening the promotion and protection of human rights," she defiled them in deference to Western interests.

Throughout the conflict, she pointed fingers the wrong way. She ignored Western-sponsored massacres and other atrocities. She blames Assad, not foreign death squads.

"Given there has been no let-up in the conflict since the end of November, we can assume that more than 60,000 people have been killed by the beginning of 2013," she said.

"This massive loss of life could have been avoided if the Syrian Government had chosen to take a different path than one of ruthless suppression of what were initially peaceful and legitimate protests by unarmed civilians," she claimed.

"Cities, towns and villages have been, and are continuing to be, devastated by aerial attacks, shelling, tank fire, bomb attacks and street-to-street fighting," she said.

She blames Assad for "massive scale" killing. She ignores what most needs explaining. Conflict would stop straightaway if Washington called off its dogs.

So do reliable human rights partners. Pillay practically begs for intervention. "Where is the international community," she asks? "Why aren't (world leaders) acting to stop this slaughter?"

Current body counts will pale compared to numbers if NATO intervenes. Hundreds of thousands could die. Multiples more could be injured and displaced. Pillay mindlessly ignores what she should deplore.

"There are also reports of fresh clashes between the two sides in some other parts of the country, including the northern city of Idlib, where the government forces confronted militants near the Taftanaz military airport."

"According to sources inside Yarmouk, there were also deadly clashes between members of the terrorist Free Syrian Army and the al-Qaeda-linked al-Nusra Front inside the camp. Armed men affiliated to the al-Nusra Front have reportedly killed a number of Palestinian civilians there."

Thierry Meyssan says "reality on the ground has turned around completely." Free Syrian Army (FSA) elements are being routed.

"The truth is that on the ground the upper hand is held by the Syrian government. The military situation has been reversed."

FSA fighters have no popular support. Extremist elements are hated. Meyssan believes strategically "the war is already over." The fullness of time will have final say.

Terrorist forces are being effectively confronted.

"Our Armed Forces confronted them and foiled the attempt, killing and wounding large numbers of terrorists and destroying their weapons."

Aleppo International Airport areas are being cleared. Large numbers of terrorist elements were killed or wounded. Their weapons and ammunition were seized.

"In Hama, our Armed Forces completely controlled Morek town and the international highway and dismantled more than 150 explosive devices."

Deir B'albeh neighborhood in Homs, Daraya outside Damascus, and other areas are also controlled.

Some were Israeli made. Israel's been involved in arming invaders for months.

They're jockeying for control of "buffer strips." They want "their opposite numbers (prevented) from establishing intelligence gathering posts there."

"Extensive preparations are secretly afoot by US special forces, the IDF, and the Turkish and Jordanian armies."

They're "ready(ing) for President Bashar Assad to hand down the order to his army chiefs to launch a chemical war offensive on the military concentrations of Syrian rebels and their allies in the lands neighboring on Syria."

Claiming it is fear-mongering propaganda. Syrian forces have no intention of using chemical or other banned weapons. Washington and Israel prioritize them.