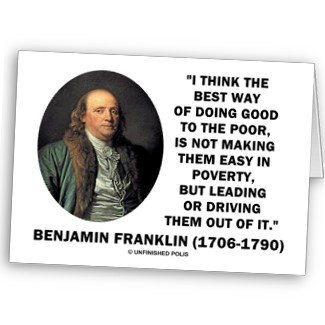 Millions of Americans face lump of coal harshness this holiday season. It's no different throughout the year. Annually, things get worse.

Wealth, power and privilege are prioritized over basic human needs. Extreme deprivation follows. Families struggle to get by. Annually the battle gets harder.

Many can't cope and suffer. Some give up entirely. Poverty, unemployment, underemployment, homelessness, hunger, and despair affect them. The world's richest country doesn't care.

Imperial priorities take precedence. So does redistributing wealth to bankers, other corporate favorites, and super-rich elites.

It's the American way. It was never beautiful and isn't now.

A three-part Reuters report discussed it. It's titled "The Unequal State of America." It covers the plight of America's "undeserving poor." They struggle out of sight and mind. Growing hardships harm them.

"The American welfare state has grown," said Reuters, "but so have the ranks of the poor." The latter way outstrips the former.

Over half the population needs some form of federal aid. Bipartisan complicity plans on cutting it en route to eliminating it altogether.

A decade or two from now, it may be gone. At the same time, median household income is declining. Unemployment approaches 23%.

Around 100 million working age Americans are jobless. Most others are underemployed. Conditions are getting worse, not better. Middle America is disappearing.

Most children live in households considered low income or impoverished. Over three-fourths of Americans live from paycheck to paycheck.

At the same time, benefit cuts are planned. Social Security and Medicare recipients are affected. So are poor households. America's social contract is eroding. Plans are to eliminate it altogether.

"Some rich countries are more unequal than others," said Reuters. America is "more so than others." It has greater income inequality than almost all other developed nations. Chile, Mexico and Turkey alone rank higher.

America spends hundreds of billions of dollars annually on welfare. Increasingly there's not enough to go around. Growing numbers get  squeezed.

It's happening "in virtually every corner of the world's richest country." Since 1989, inequality grew in 49 of 50 states. Everywhere the top quintile benefitted most.

A US canard suggests that anyone working hard enough can get rich. John Steinbeck (1902 - 1968) once wrote that at least some poor Americans saw themselves "not as an exploited proletariat, but as temporarily embarrassed millionaires."

"Let me tell you about the very rich. They are different from you and me. They possess and enjoy early...They think, deep in their hearts, that they are better than we…."

"Even when they enter deep into our world....they still think that that they are better than we are. They are different."

In his article, titled "The Truth About 'Class War' in America," economist Richard Wolff said:

"The last 50 years have indeed seen continuous class warfare in and over federal economic policies." Wages haven't kept up with inflation. Benefits as a percent of income declined.

"Free markets" work best for those who control them. Others lose out. Growing numbers do entirely.

Corporate giants and America's super-rich wage war against working Americans. They're winning. Notably since the 1970s, "(b)usiness and its allies shifted most of its federal tax burden onto individuals."

At the same time, benefits are eroding as inflation adjusted incomes decline. Low income and poor Americans suffer most. Increasingly they're getting disproportionately less. Institutionalized inequality victimizes them.

Until the mid-1970s, younger generations outdid older ones financially. Wages rose in real terms. They no longer keep up with inflation.

High-paying jobs disappeared. They shifted offshore. Low-paying/poor benefit ones replaced them. Many are temp or part-time.

Reuters focused on conditions in Indiana, Massachusetts and the District of Columbia. They reflect what's happening across America.

Residents in America's capital face appalling social inequality conditions. In the shadow of the White House and Capitol Hill, human need grows out of sight and mind.

Michael Harrington's "The Other America: Poverty in the United States" exposed the nation's dark side.

"In morality and in justice every citizen should be committed to abolishing the other America, for it is intolerable that the richest nation in human history should allow such needless suffering," he said.

It's happening when income inequality stands at "levels last seen in the years before the Great Depression." America's wealth is disproportionately distributed up. Rich and poor more than ever are unequal.

Draconian policies hammer Indiana residents. Welfare is a four-letter word. It's restricted to 24 months. Beneficiaries must perform community service. They also must show they're actively job-searching.

Thirty-four year old Shaun Case has learning disabilities. He also endured childhood abuse. His grandmother once threw him through a plate glass window.

His left hand is permanently numb. Social workers consider him well enough to work. He never qualified for disability benefits. He gets by best he can in temp jobs. He never makes more than $10 an hour.

He gets no unemployment benefits. He's ineligible for Medicaid. Until October, his only help was $200 monthly in food stamps. No longer.

He has to "scrounge for cash." He sells plasma at a blood center twice a week. He earns $30 each time.

"What's out there for people like me," he asked? "There's nothing." He's not alone. Growing millions across America endure similar hardships. Conditions increasingly worsen.

Massachusetts is "home to America's best schools and best educated workforce." At the same time, income inequality "soar(ed). Why? The poor are losing an academic arms race with the rich."

In 2011, over half the nation's bachelor degree holders under age 25 were either unemployed or underemployed. Decades earlier, conditions were polar opposite.

In the past two decades, Massachusetts had the nation's second greatest income inequality increase. As the gap between rich and poor widen, "America's best educated state is among those leading the way."

"Massachusetts now has one of the widest chasms between rich and poor in America." It ranks seventh most unequal. Two decades ago, it was 23rd.

Good jobs increasingly fewer. Getting ahead requires better than ever credentials. At the same time, fewer opportunities exist. An "academic arms race" rages.

Poor kids are disadvantaged. Rich ones perform 30 - 40% better on standardized tests compared to 25 years ago.

Rich kids benefit at the expense of others. It's happening across America. It's reflected in growing need, declining aid, and institutionalized inequality.