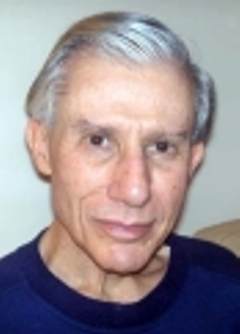 NCC is one of Iran's largest media operations. It works collaboratively with major TV and News services.

Questions and answers are below. Editing was done as needed. Final comments follow.

NNC: Why will Obama appoint a new Secretary of State? Do US foreign policy issues alone matter? Is personal character considered?

Susan Rice looked like top choice. She and Obama are longtime friends and cohorts. They ally in imperial crimes. She matches Clinton's bullying, bluster and arrogance.

Both deplore peace, nonviolence, and social justice. They're pro-war, contemptuous of rule of law principles, and brazenly anti-democratic.

They represent wrong over right. They're war criminals multiple times over. They're indifferent to human suffering. They disgrace America and humanity.

Rice's abrasiveness made more enemies than allies. She gives diplomacy a bad name. She's an embarrassment to legitimate governance. She's one of America's worst ever envoys.

Sticking with her assured a nasty Senate fight. Obama wants it avoided. He's got bigger fish to fry. He's planning full-scale war on Syria. Iran's on his target list. So is Hezbollah in Lebanon.

He plans four more years of war and much more. He and Republicans agreed to destroy social America. They'll do it incrementally over the next decade. Hard won benefits will be eroded and eliminated.

At issue is greater wealth for corporate America and super-rich elites. It's also about permanent imperial wars. America's most disadvantaged and middle class will suffer most.

The nation is being third-worldized. Full-blown tyranny is a hair's breath away. It could arrive any time. It'll violently confront resisters. Imperial rogues tolerate no opposition.

Washington's no different from the rest. Wrapped in the American flag conceals hardline destructive policies.

Kerry is odds on favorite for Secretary of State. He'll sail through Senate confirmation. He's no better than Rice. His less confrontational style hides his imperial agenda.

Clinton wants planning time for 2016. She hopes to be America's first woman president. If successful, she may exceed the worst of Obama. He outdid George Bush. He's got four more years to continue waging war on humanity.

She abhors peace and stability. She favors violent confrontation and wars. She and likeminded officials want all independent governments replaced by pro-Western puppets.

She's a war criminal multiple times over. She's arguably America's most shameless ever secretary of state.

She's clearly the most brazen. Her language and attitude exceed the worst of Cold War rhetoric.

Her take-no-prisoners thinking, character, and demagoguery reveal a woman addicted to self-aggrandizement and diktat authority.

She relishes death, destruction, and war spoils. She wants her piece of the pie. She's indifferent to human suffering. She's a monument to wrong over right.

She's a disgrace and embarrassment to her country, position and humanity. Many others in Washington on both sides of the isle reflect likeminded policies.

No matter who hold State or other top cabinet posts, US policy stays unchanged. It's hardline, imperial and ruthless. It threatens humanity. Unless stopped, it may end it in mushroom-shaped horror.

Warrior states usually overreach. They become victims of their own extremism. Given today's super-weapons, they can end up destroying the world to control it. The possibility is real and frightening.

NNC: How might Kerry differ from Clinton on EU, Russia and China policies?

Each reflects the other. Their style alone differs. Policies remain unchanged. Confrontation with Russia and China appear possible. It's hard imagining America wants war. Anything ahead can happen. Events at times spin out of control.

It's furious about Washington wanting super-weapons. It seeks them for unchallenged global dominance. It wants enough power to bully the rest of the world into submission.

What it plans can't be tolerated. Hopefully it won't be.

Russian and Chinese views on Syria and Iran differ greatly with Western countries. Will either nation or both draw red lines? Will they clearly say full-scale intervention against Syria won't be tolerated?

Will EU countries support US policies they think reckless? The fullness of time alone will have final say on these and other major issues.

Next year could be defining. At stake is whether things will spin violently out of control, or will moderates prevail. It's unclear what's most likely. At this time, hawks have control. Whether they'll keep it remains to be seen.

NNC: Is there any relationship with new State leadership and placing more importance on East Asian foreign policy?

Obama may ask Congress for war on terror funding against Mali, Nigeria, and Libya. At issue is solidifying control over regional resources.

Perhaps other regional countries will be targeted. Obama's warmaking appetite is insatiable. It exceeds all his predecessors and then some.

He's already waging multiple direct and proxy wars. His rhetoric about winding them down rings hollow. He wants to make the most of the next four years. He governs like a serial killer. At State, expect Kerry to offer full support.

NNC: What will be Kerry's dominant approach? Will he prioritize soft or hard policies, or perhaps both?

He'll differ from Clinton only in style. His rhetoric may be less hardline. His approach may be softer. He'll avoid operating like Rice.

Her abrasive gives diplomacy a bad name. Winning back friends she alienated may be stressed. Her contempt for sound policy needs rectifying.

Some call her and Clinton war goddesses. They never met conflicts America waged or planned they didn't support. Kerry's much the same. Fundamental policy stays unchanged. Style alone will give false reassurances.

Kerry won't change it. He'll continue destructive policies. He won't disappoint imperial planners depending on him. Humanity has much to fear.

Bedrock Social Security, Medicare, Medicaid, and public pensions are threatened. Death by a 1,000 cuts is planned. Both sides of the isle agree. Grand bargain betrayal looms.

Neither party worries about debt or deficits. Saying so is duplicitous doublespeak. Obama, most Democrats, and Republicans want corporate friends and super-rich elites protected.

Obama was hand-picked for what no Republican leader would dare try on his own. Lies repeated ad nauseam claim no alternatives exist.

Imagine force-fed austerity when stimulus is needed. Imagine decades of transferring public wealth to bankers, war profiteers, other corporate favorites, and super-rich elites already with too much.

In the 1980s, it was Reaganomics, trickle down, and Thatcherism. In the 1990s, it was shock therapy. Today it's austerity. Duplicitous fiscal cliff doublespeak conceals what's really going on.

Social programs improve lives. Prosperity produces jobs. When people have money they spend it. Cutting back when stimulus is needed is madness. For most people it's the worst of all possible worlds.

Bankers make money by stealing it. Doing so fails long-term. Grand theft economic policies don't work. Benefitting America's 1% at the expense of all others assures the worst of times for people most in need.

Both parties agreed to grand bargain betrayal. It won't be pretty when it arrives. Ordinary people will have three choices. They can either suffer, leave or revolt.

Impossible to tolerate pain may become uncontainable rage. People grin and bear it only so long. Fighting back is the only chance for change. Key is mobilizing it to make a difference. Perhaps it's only a matter of time.