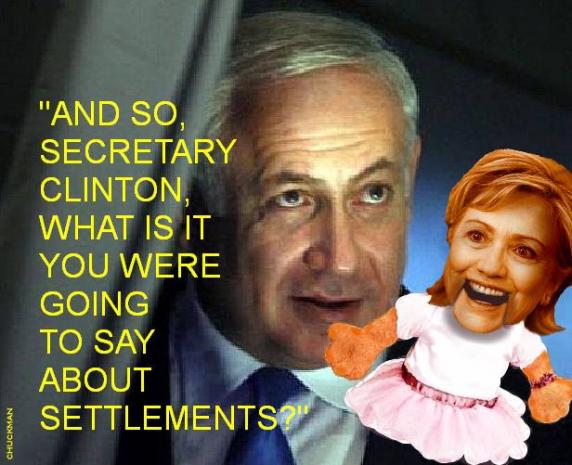 He's an embarrassment to legitimate governance. Polls suggest he'll remain prime minister after January 22 elections. Israelis have themselves to blame.

They'll reelect officials harming their own welfare. They're as mindless as Americans. They expect making the same mistake will beget different results. They're not wise enough to know better. They'll get the government they deserve.

Yuval Diskin headed Shin Bet from 2005 - 2011. It's Israel's General Security Service. It calls itself "The unseen shield." It operates jointly with Mossad and Aman (military intelligence).

On January 4, Diskin criticized Netanyahu. He called him "weak," "wavering," and "unreliable."

He represents "a crisis in leadership here, a crisis of values and total contempt for the public. Maybe people will think I'm exaggerating, but I'm telling you. From close up it looks even worse."

He discussed how Netanyahu and Defense Minister Ehud Barak behaved in closed meetings. He discussed one on Iran, saying:

"My colleagues and I did not feel secure in Netanhayu and Barak's ability to take action on Iran."

"We didn't trust these people's motives. We were afraid they would make underhanded moves and complicate matters for us as a country. When we sat in very small meetings we had a feeling they were trying to sneak something under the radar."

"The defense minister gets up and walks over to a corner and pours himself a little drink from time to time."

"In the middle of such a sensitive, confidential meeting, he is standing with a drink in one hand and a cigar in the other, in front of the IDF's officers and intelligence officials."

"This is the scene. I'm telling you, a picture is worth a thousand words. In the midst of this deep and significant meeting, there is a feeling of total disrespect for the people there. I don't even know how to explain the feeling we experienced in that moment."

"The feeling many of us had about Barak was that, whether under Olmert or Netanyahu, the question of who will claim credit for specific moves may lead to bizarre decisions or recommendations."

"I can't disclose more than that. But these recommendations left the participants in these closed-door discussions open-mouthed more than once."

"When I look at Netanyahu and Barak, I don't see an iota of leadership qualities in either of them. Rabin, Peres, Sharon and Olmert knew how to put the national interest before everything else. I didn't feel this way with Netanyahu or Barak. I don't think others did either."

Netanyahu has messianic ambitions, he added. He's-over-the-top and dangerous. He wants his stamp put on history. He wants it written the wrong way.

"I have a very deep feeling that when it comes to Iran, Netanyahu is possessed by Menachem Begin, who attacked Iraq's nuclear reactor, and by Olmert, who many claim is responsible for the attack on Syria's reactor."

"Bibi wants to go down in history as the person who did something on this size a scale. I have heard him belittle what his predecessors have done and assert that his mission on Iran is on a much grander scale."

He's ideologically over-the-top. He considers himself "a prince of a 'royal family' from the Jerusalem elite, alongside insecurity and a deep fear of taking responsibility."

His decision-making style is "zig-zag." He fails to convince associates to trust him. Other current and past Israeli officials share Diskin's views. Former IDF chief, Gabi Ashkenazi clashed with Barak on policy. His career was cut short.

Last April, Diskin made similar comments. He expressed no confidence in Netanyahu and Barak. He called Israel's leadership "messianic. Our two messiahs are unfit to hold the reigns of power."

"They give the public a false picture on Iran. They create the feeling that if Israel does not act, Iran will have a nuclear bomb, even though experts think an attack on Iran will" encourage efforts to develop one.

Diskin also expressed concern for his children, saying "When I see the current leadership, I am worried about what we'll leave for them."

In response to Diskin's latest comments, Netanyahu's office called them "unfounded, baseless, recycled and shocking, in both content and timing." "There is no kernel of truth in (his) statements. There are no flaws in the decision-making process on issues concerning Iran."

More about Netanyahu than Iran is disturbing. Jamal Juma is a Stop the Wall activist. He's been persecuted, arrested and imprisoned unjustly. Israel wants him silenced.

He participated in last November's World Social Forum (WSF) Free Palestine. It was held in Porto Alegre, Brazil. He called the event "the most important (one) in the international arena for Palestine."

It's goal was to coordinate solidarity initiatives worldwide. It hoped to enhance Palestine's liberating struggle.

On January 4, Russia Today interviewed him. A separate topic was discussed. Walls around Israel are increasing, he said. Israel plans one in Golan on Syria's border.

They're built for political advantage. They advance land theft. They're not for security. Juma calls them walls of oppression and segregation. Israel has ulterior motives in mind. Eventually they'll be torn down, he believes.

"Israel has to recalculate what they're doing in the Middle East. Israel tries all the time to build walls around itself, claiming that people hate them and target them."

"Israel harmed the whole region around it. Israel is building a wall around Palestinian areas, claiming it's for security - but it amounts to apartheid for the Palestinian people."

"They built a wall around Gaza and turned it into a jail - the biggest prison in the world. We know how devastating the situation in Gaza is."

"They still occupy parts of Syria, and are now building a wall on occupied land. They want to keep this land and keep themselves as occupiers."

"To keep building walls is not a solution. It needs to make peace with the region. In Syria and the Arab world, there are six million Palestinian refugees because of Israel."

"They have to solve the problem of the refugees, to give them the right to return to their homeland that has been taken from them."

"Israel cannot build its future at the expense of the people of the region. And building walls to protect themselves. Walls are not going to protect the Israelis. People have rights, and they will keep claiming those rights."

Settlements are built to control Palestinians and deny them their rights, he added. "Palestinians are locked in ghettos and reservations." Gaza is isolated under siege.

Apartheid is a failed system. "Why would Israel's version survive?" Palestinians won't settle for less than liberation. "We are not going to accept the system they are imposing on us."

It citied al-Watan. An "informed source" was quoted saying "American experts have leveled off the bordering areas in Rafah city in the North to the city of Taba in the South and parallel to the borders of the occupied Palestinian lands."

They "drew the needed sketches for constructing a 200-km-long wall of separation, and worked out a plan to evacuate the people from the region."

Sources claim it's for Israel's security. It's politically motivated. It facilitates land theft. It's for greater Palestinian persecution. It's lawless.

"Newly obtained documents show" purchased Sinai lands. Selling it to Israelis flies in the face of preventing Egyptians from doing it.

After Israel's 1967 Six Day War. It occupied Sinai. By 1982, Egypt got it back. It's divided into two governorates. North Sinai has its capital in al-Arish. At-Tur is South Sinai's capital.

"Israel has long been pursuing a Judaization plot to change the identity of the region." It advanced its efforts across Occupied Palestine and Golan.

It wants more. It's longstanding policy. A Greater Israel is planned at the expense of neighboring countries and beyond. Settlements advance its agenda. So do walls.

Stop the Wall says they're built to ethnically cleanse Palestine. US tax dollars help construct them. They're an unabashed land grab. They devastate the lives of ordinary people.

Communities are surrounded and isolated. Valued agricultural land is lost. Thousands are separated from property and means of subsistence. Others lose out altogether. Nearly the entire Jordan Valley is isolated. It's a closed military zone.

Palestinians are dispossessed to advance construction. Netanyahu wants it escalated. He wants all valued parts of Judea and Sumaria under Israeli control. He wants Jerusalem as Israel's exclusive capital. He wants mission accomplished as soon as possible.

He doesn't give a damn what world leaders say. Settlements and walls assure conflict. Netanyahu prioritizes it. He's over-the-top and out-of-control. He menaces Jews and gentiles alike.

Doing so resembles Crusaders in Islamic lands. Israelis are encircling themselves within walls and electric fences. They believe "Fortress Israel guarantees the perpetuation of the conflict with the Palestinians, their Arab neighbors, and Muslim societies as far away as South-East Asia."

Israel prioritizes conflict and instability. Doing so justifies belligerence, repression and occupation. US policies are likeminded.

Both countries perpetuate war. Ordinary people are harmed most. Palestinian suffering began decades ago. It shows no signs of ending.

Unprecedented: US Air Force To Join Israelis In Mock Attack On Iran

Israeli troops sent to Ukraine and the Russians are irate.