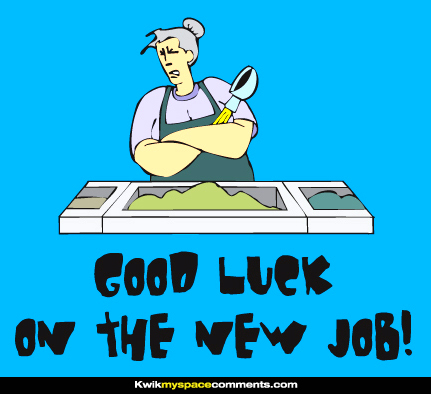 Syrian authorities said so in 2011. Other reports acknowledged it then and now.

Using them "go(es) back to the Vietnam war."

They're still doing it. They're imported from abroad. More on that below.

In Vietnam, Operation Phoenix (OP) did the same things earlier. It became a template for future counterterrorism operations.

Their mandate was to crush National Liberation Front (Viet Cong) resistance. Strategy was to terrorize people into submission.

High-value elements mattered most. Countless others were affected. Around 80,000 died before operations ended.

Patriotism means going along with criminal lawlessness. Truth is turned on its head. Media scoundrels suppress it. Rogue politicians betray their constituents.

It's institutionalized. Empires never say they're sorry. Policy is made through the barrel of a gun. It's not pretty. It proliferates state terror globally. Most people haven't a clue.

They're hooked on bread and circuses. They're mindless about what affects them most. Their dismissiveness compromises their own security. Their futures are jeopardized. Their children may not have one worth living. People are on their own to fight back.

Popular ones go begging. Bailing out bankers and rewarding other corporate favorites matter more. So do imperial conquests. Permanent war is policy.

Direct and proxy ones are waged. Brutal assassins are used. They're recruited abroad. A UN report said 29 countries supply them. The worst of cutthroat killers are hired guns. They're enlisted to advance America's imperium.

They're waging war on Assad. It's mischaracterized as civil. There's nothing civil about Washington's war on Syria. The same dirty game repeats. Independent states are targeted for regime change. All options are used.

They include full-scale war, mass killing, and gruesome atrocities. Nations are transformed into charnel houses. It's done on the pretext of liberating them.

Post-9/11, Afghanistan and Iraq were ravaged and destroyed. So was Libya last year. Now it's Syria's turn. Perhaps Iran comes next.

Most Syrians deplore violence. They oppose internal and external elements committing it. They support protective security forces. They represent a vital last line of defense.

"The Zionist regime has become the largest training base for active terrorists in the Middle East region and the footprint of this sinister regime can be easily traced in recent terrorist operations."

Al Qaeda and like-minded terrorists wage war on Syria. They're closely allied with Washington. They're recruited throughout the region and beyond.

"The number of terrorists in Syria, compared with the people and the popular army of this country, is not high and they are weak."

"However, they have been provided with advanced weapons and shoot people from hiding places, and this is not a coherent and systematic move."

The London Independent discussed the issue. It's report was largely one-sided. It headlined "Foreign fighters fuel the sectarian flames in Syria."

It called the conflict "sectarian." Doing so implies civil war. It covered up a foreign invasion. It cited a duplicitous Human Rights Council International Commission of Inquiry for Syria report.

It claimed Syrian forces "resorted to aerial bombardments, including shelling of hospitals." It called such attacks "disproportionate." It blamed Assad for Western aggression.

Media scoundrels turn truth on its head. Managed news substitutes for the real thing. Readers and viewers aren't told what they most need to know.

US forces will be based at Gaziantep. It's 50km north of Syria's border. Missile batteries will be fully operational later in January. They're for offense, not defense.

The Sunday Times was cited. It said Russia sent sent five landing ships. On board are military vehicles, hundreds of marines, and combat vessels.

"Russia should be prepared for any developments as it believes the situation in Syria might reach its peak before Easter," it said. An unnamed diplomatic source was quoted.

He added that Russia intends to deter "the West from deploying ground forces." Moscow says its ships are to "improve the management, maintenance, and testing of the interaction of naval forces."

Another Russian warship carrying marines heads for Tartus. Moscow maintains its only Mediterranean base in the Syrian port city.

On December 29, two other warships, the Azov and Nikolai Filchenkov, were deployed. They'll arrive in Syrian waters shortly.

"In mid-December, Russia's Defense Ministry announced that a fleet of Russian warships had been sent from the Baltic port of Baltiysk to the Mediterranean Sea near the Syrian waters."

"Causing developments through military intervention and remaining empty-handed in the developments in Syria are Moscow's red lines."

"Russia tries to prove on the international scene that it is committed to its strategy, which is opposition to and confrontation against foreign military intervention and unilateral moves in Syria to show that it has not surrendered on them," he said.

He referred to Vladimir Putin's earlier comments. They suggested Moscow's new position. It remains to be seen what follows.

Patrick Seale is a longtime Middle East analyst. On January 1, he offered grim new year tidings. "The coming year" won't be "happy" for "the tormented Middle East," he said.

"(T)he balance sheet of the past two years remains profoundly negative." Nowhere throughout the region have "convincing sign(s) of peace and reconciliation" emerged.

Some countries suffered more than others. He called the "Palestine cause….all but lost. The two-state solution is virtually extinct." He stopped short of saying it's been that way for years.

He stressed the importance of preserving a "unitary Syrian state." Doing so is essential to "containing Israel." Resolving the conflict militarily can't succeed.

The only solution is mutually agreed on ceasefire, halting weapons and funding sent insurgents, "isolat(ing) murderous extremists," and resolving the conflict politically.

At issue isn't whether Assad stays or goes. Syria is vitally important. It's essential to protect its "unique historical heritage, its state institutions, its ancient minorities, and its vital role in the defense of Arab independence."

On January 6, Assad delivered a major address. It's his first in months. He called for "comprehensive national dialogue in the near future" with opposition elements and other political parties.

"Syria wants peace and reconciliation," he stressed. At the same time, "(a)rmed groups must halt terrorist acts." Outside forces direct them.

They're "terrorists" and "criminals." They want Syria's government ousted. He vowed to defeat them. He called for "full national mobilization."

"We meet today and suffering is overwhelming Syrian land. There is no place for joy while security and stability are absent on the streets of our country. The nation is for all and we all must protect it."

"They call it a revolution, but it has nothing to do with revolution. A revolution needs thinkers. These are a bunch of criminals."

"The first stage of a political solution would require that regional powers stop funding and arming (opposition forces), an end to terrorist operations, and controlling the borders."

"We will not have dialogue with a puppet made by the West," he stressed.

The Syrian Arab News Agency (SANA) reported what he said in detail.

He prefers responsible conflict resolution. He urged it all along. Mutually agreed on ceasefire is essential. Washington and key NATO partners spurn it.

For months, Assad made good faith efforts. A year ago, Syria's constitution was rewritten. It was put to a popular referendum.

Despite opposition boycotts, threats, anti-Assad media campaigns, and turnout hampered in violence-torn areas, 89.4% of eligible voters approved it. Another 9% opposed, and 1.2% of ballots were invalid.

It includes 157 articles. Key reforms were instituted. They include political pluralism established for the first time. Presidential term limits and press freedom were mandated.

Last May, first time ever legislative elections were held. Doing so was a milestone political event. Independent candidates participated.

Assad said nothing about stepping down. He, Russia, China, Iran, and other sources say Syrians alone should choose their government.

Outside interference is rejected. International law is clear and unequivocal. The UN Charter explains under what conditions intervention, violence and coercion (by one state against another) are justified.

Article 2(3) and Article 33(1) require peaceful settlement of international disputes. Article 2(4) prohibits force or its threatened use, including no-fly zone acts of war.

In addition, Articles 2(3), 2(4), and 33 absolutely prohibit any unilateral or other external threat or use of force not specifically allowed under Article 51 or otherwise authorized by the Security Council in accordance with UN Charter provisions.

• the 1965 Declaration on the Inadmissibility of Intervention in the Domestic Affairs of States and the Protection of Their Independence and Sovereignty;

• the 1970 Declaration on Principles of International Law Concerning Friendly Relations and Cooperation among States in Accordance with the Charter of the United Nations; and

Under no circumstances may one or more nations intervene against another without lawful Security Council authorization. Doing so constitutes illegal aggression.

Article 8 of the 1933 Montevideo Convention of Rights and Duties says "No state has the right to intervene in the internal or external affairs of another."

Now Syria. America prioritizes attacking one nation at a time or in multiples. Unless stopped, doing so may end up destroying humanity in the process.