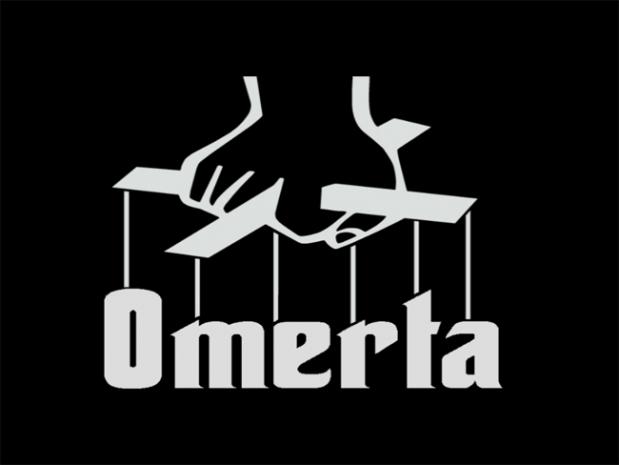 Senate confirmation on both is required. Expect little opposition to Brennan. More on him below.

Republicans will challenge Hagel. At issue is political opportunism more than who serves. Questions about Obama's nominee are exaggerated. More on that below.

Rarely ever are presidential nominations rejected. Expect nothing different this time. Candidates are carefully vetted. Selection depends on full support for US policies.

Hagel is a reliable imperial supporter. His Senatorial voting record offers proof. The Peace Majority Report rated him highly. The lower the score, the higher the rating. He scored 5%. John McCain got 4%, Joe Lieberman 26%, and Bill Clinton 74%.

The American Conservative Union called him solidly Republican. It gave him a lifetime 84% rating.

At stake was a US Senate seat. Polls suggested a close race. Hagel won by 15 points. Few Nebraskans knew about Hagel's ties.

He was part owner, chairman and CEO of Election Systems & Software (ES&S). It's an electronic voting machine company.

He never disclosed his business ties. A Senate Ethics Committee investigation was requested. It was rejected. Nothing followed. Expect little or nothing said now.

Hagel serves as chairman of the Atlantic Council (ACUS). In 1961, former Secretaries of State Dean Acheson and Christian Herter established it. It was done to support NATO.

It's headquartered in Washington. It supports Washington's global agenda. Past and current members include a rogue's gallery of reliable American imperial supporters.

The Washington Post listed other Hagel credentials. Past and current ones include:

• chairman of the US Vietnam War Commemoration Advisory Committee;

• co-chairman of the President's Intelligence Advisory Board and Defense Policy Board member;

He's no dove. He's solidly right-wing. He supported Bush's war on terror. He backs it now. He voted for every National Defense Authorization Act (NDAA). He endorsed NATO's 1999 Yugoslavia war.

At the time he said: "When you're in a war, you're in a war to win." He called Slobodan Milosevic "a butcher loose in the backyard of NATO." He viewed Kosovo as a "goal-line stand."

He said if America doesn't respond, "we will be tested every day for the next who knows how many years." He favored sending US forces to Kosovo. He said "never….take any military option off the table."

He voted for the Patriot and Homeland Security Acts. He endorsed an "urgent need" for missile defense. He called the 1972 US/Soviet Russia Anti-Ballistic Missile Treaty (ABM) "obsolete."

He said "We can't hold America's national security interests hostage to any threats from some other nation."

After Bush withdrew from ABM in December 2001, he said "What the president did was responsible. I support it. I think it was the right thing to do."

He accused North Korea of being "on the verge of fielding a ballistic missile capable not only of striking my home state of Nebraska, but anywhere in the United States."

He supported the 2001 Authorization for Use of Military Force (AUMF) for "the use of United States Armed Forces against those responsible for the recent attacks launched against the United States."

The Afghanistan war followed. It rages. It shows no signs of ending. It's America's longest war. It was lost years ago.

Hagel supported the 2003 Iraq war. When it was too late to matter, his tone got more dovish.

He favors lawless warrantless surveillance. He opposes habeas and due process rights for Guantanamo detainees.

On January 7, the Washington Post headlined "On Israel, Iran, and spending, Chuck Hagel looks a lot like Robert Gates," saying:

"The bottom line is that" Hagel and Gates "are remarkably similar and appear to share a number of policy preferences." They include drawing down in Iraq and arguing against Libyan intervention.

Both men differ somewhat on Iran. Gates is more hardline. Hagel tried having it both ways. On the one hand, he claimed sanctions are counterproductive. At the same time, he said they're "working."

In his first post-nomination interview, he said critics "completely distorted" his record.

"I have said many times that Iran is a state sponsor of terrorism," he stressed. "I have also questioned some very cavalier attitudes taken about very complicated issues in the Middle East."

Nonetheless, he favors "direct, unconditional, and comprehensive talks with the Government of Iran."

He called for direct Hamas/Hezbollah engagement. In 2008, he endorsed direct talks with Syria and North Korea.

There's "not one shred of evidence" that he's anti-Israeli, he said. "Israel is in a very, very difficult position. No border that touches Israel is always secure. We need to work to help protect Israel so it doesn't get isolated."

He calls "distortions about (his) record….astonishing." During Senate confirmation hearings, he welcomes "an opportunity to respond" to critics.

At the same time, Politico quoted him saying "I'm not an Israeli senator. I'm a United States senator. I support Israel, but my first interest is I take an oath of office to the Constitution of the United States, not to a president, not to a party, not to Israel. If I go run for the Senate in Israel, I'll do that."

"The political reality is….that the Jewish lobby intimidates a lot of people up here. I have always argued against some of the dumb things they do because I don't think it's in the interest of Israel. I just don't think it's smart for Israel."

"What I find more troubling is, he had sufficient time to distance himself from the 'Jewish lobby' quote, to explain, and he hasn't."

"He let it stand. I find that more troubling than the original statement. He sees it out there. He sees it being seen as this truly conspiratorial view, that the Jewish lobby controls foreign policy, and there's no comment."

"While we have expressed concerns in the past, we trust that when confirmed, (Hagel) will follow the president's lead of providing unrivaled support for Israel - on strategic cooperation, missile defense programs, and leading the world against Iran's nuclear program."

Ayalon is Deputy Israeli Foreign Minister. He's positive on Hagel's nomination. "I have met him many times," he said, "and he certainly regards Israel as a true and natural US ally."

Netanyahu withheld comment. Knesset Speaker Reuven Rivlin expressed concerns. "Because of his statements in the past, and his stance toward Israel, we are worried," he said.

He added that Washington's ties to Israel don't depend on "one person."

Expect Senate hearings for Hagel to be "bruising," it added. Confirming both will likely follow.

He heads the administration's Murder, Inc. agenda. He chairs a panel of National Security Council officials. CIA, FBI, Pentagon, State Department, and others are involved.

America's war on terror is wide-ranging. It includes direct and proxy wars. Special Forces death squads operate in 120 or more countries. CIA agents are virtually everywhere. They're licensed to kill.

US citizens are fair game. They're vulnerable at home and abroad. Obama's kill list picks targets. Brennan advises on who next to assassinate. Victims are a closely held secret.

Anyone can be targeted anywhere in the world. Ordinary people, distinguished ones, or officials are fair game. Their crime is opposing US imperialism.

G7 Leaders Pledge Endless Money To Ukraine - 'As Long As It Takes'!