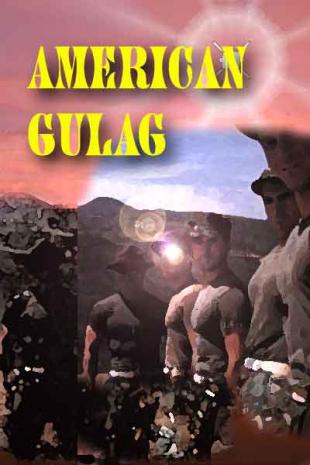 On January 11, 2002, its first 20 prisoners arrived. It's one of many US torture prisons globally.

Most held there are innocent victims. They're not terrorists. They're lawlessly detained. Many remained for years uncharged and untried. Fundamental rights are denied.

They revealed what's vital to know. The vast majority of Guantanamo detainees weren't accused of hostile acts. Afghan bounty hunters seized around 95% of them.

They sold them to US forces for $5,000 per claimed Taliban and $25,000 for alleged Al Qaeda members. Evidence of criminality wasn't sought.

What George Bush began, Obama continues. It's institutionalized. Torture and other crimes against humanity reflect official US policy.

"By the authority vested in me as President by the Constitution and the laws of the United States of America, in order to effect the appropriate disposition of individuals currently detained by the Department of Defense at the Guantánamo Bay Naval Base (Guantánamo) and promptly to close detention facilities at Guantánamo, consistent with the national security and foreign policy interests of the United States and the interests of justice…"

He promised "immediate review of all" detainees within 30 days and "humane standards of confinement."

He lied. He's a serial liar. He broke every major promise made. He's a moral coward. He's an unindicted war criminal. He belongs in prison, not government.

He's got four more years to wage war on humanity. Expect him to take full advantage.

On January 3, 2013, the ACLU headlined "NDAA Prevents Closing Guantanamo, Could Lead to Claims of a Right to Discriminate."

NDAA lets him order anyone arrested and indefinitely detained. He can do so based solely on suspicions, unfounded allegations, or none at all. US citizens are included. They can be targeted at home or abroad. There's no place to hide.

Obama signed NDAA. It "jeopardizes his ability to meet his promise to close the military prison at Guantanamo Bay during his presidency."

It "contains a troubling provision compelling the military to accommodate the conscience, moral principles, or religious beliefs of all members of the armed forces without accounting for the effect an accommodation would have."

It "restricts Obama's ability to transfer detainees for repatriation or resettlement in foreign countries or to prosecute them in federal criminal court."

"Originally set to expire on March 27, the transfer restrictions have been extended through Sept. 30. As recently as October, Obama reiterated his commitment to close Guantanamo. Currently, 166 prisoners remain at the prison camp."

According to ACLU director Anthony Romero:

Obama "utterly failed the first test of his second term, even before inauguration day. His signature means indefinite detention without charge or trial, as well as the illegal military commissions, will be extended."

He "jeopardized his ability to close Guantanamo during his presidency."

"Scores of men who have already been held for nearly 11 years without being charged with a crime - including more than 80 who have been cleared for transfer - may very well be imprisoned unfairly for yet another year."

The Center for Constitutional Rights (CCR) reported on "torture and cruel, inhuman, and degrading treatment of" Guantanamo prisoners.

Documented evidence was obtained. Abusive treatment is standard practice. Waterboarding is one of many tactics.

CCR described prolonged isolation. "Approximately 70%" of detainees "are in solitary confinement or isolation," it said.

"Virtually none have ever been charged, and most will never be charged or tried."

Conditions speak for themselves. Cells are small, windowless steel cages without access to natural light or air. Fluorescent lights stay on 24 hours a day. Sleep is impeded.

Attorney Brent Mickum represents Bisher al-Rawi. He's "slowly but surely, slipping into madness," he said. He has no human contact. He's entirely cut off from the outside world. So are most others.

Attorney Clive Stafford Smith said his client smeared feces on his cell walls. When asked why, he couldn't explain.

Prisoners are zombie-like. They resemble the living dead. Appalling treatment continues out of sight and mind. Media scoundrels say nothing.

CCR explained Guantanamo by the numbers:

Since 2002, an estimated 779 men were detained. Nearly all were Muslims. Another 664 men were transferred from Guantanamo. It now holds 166 indefinitely.

According to US government records, 92% aren't terrorists. They're not Al Qaeda fighters. Eighty-six men cleared for release remain detained.

Another 46 are indefinitely held without charge or trial. Washington claims they can neither be released or prosecuted.

Twenty-two or more prisoners were under 18 when captured. Twelve or more fear torture or persecution if returned to their home countries. They'll remain detained until or unless other nations offer them safe havens.

Ten years or longer reflect how long most men have been held without charge or trial. Nine died in captivity. Two were forcibly sent to Algeria "despite credible fears of abuse."

No US government officials have been held accountable. None will be. They freely get away with murder, torture, and other unconscionable abuses. They do it out of sight and mind.

Obama authorized it. He's guilty of gross crimes against humanity. So are other complicit government and Pentagon officials.

Guantanamo remains open. Obama won't close it. The New York Times tried having it both ways. On November 25, 2012, it headlined "Close Guantanamo Prison."

Obama promised, it said. He pledged no more torture and abuse. It "was a bold beginning." It's unfilled. He continues Bush administration practices. He claims executive power.

At the same time, NYT editors "trust" he'll fulfill his pledge. He spurned it for four years. Expect no change ahead.

Earlier she favored closure. No longer. She believes "Guantanamo should stay open - at least for the short term."

Dozens of prisoners can't be prosecuted, she said. They're "too dangerous to be transferred or released." Why she didn't explain.

She turned international law on its head. She claims they're "held under rules of war" that permit "detention without charge for the duration of hostilities."

Language changed but not intent or lawlessness. Francis Boyle told this writer and others earlier. He said Bush spurned Geneva, constitutional and US statute laws.

He "created an anti-matter of legal nihilism where human beings (including US citizens) can be disappeared, detained incommunicado, denied access to attorneys and regular courts, tried in kangaroo courts, executed, tortured, assassinated and subjected to numerous other manifestations of State Terrorism."

Obama continues the same practices. Lawlessness is official US policy.

She claims most detainees "live in communal facilities where they can eat, pray and exercise together."

He cited targeted assassinations, indiscriminate drone killings, indefinite detentions without charge, warrantless spying, abusing people based on "their appearance, where they worship or with whom they associate," keeping Guantanamo open, and obtaining confessions by torture.

America "abandon(ed) its role as the global champion of human rights," said Carter. Remaining Guantanamo prisoners "have little prospect of ever obtaining their freedom."

US authorities "revealed that, in order to obtain confessions, (prisoners were) tortured by waterboarding more than 100 times or intimidated with semiautomatic weapons, power drills or threats to sexually assault their mothers."

"Instead of making the world safer, America's violation of international human rights abets our enemies and alienates our friends."

Dascal disagrees. Closing Guantanamo "would do more harm than good," she claims. Keep it open, she urges. Violating international, constitutional, and US statute laws wasn't explained.

"Join us," it said. "Call on President Obama to fulfill his promise." Demand he uphold human rights.

"166 men remain detained at Guantanamo." Most never should have been sent there in the first place.

They've been lawlessly held "over ten years without any charge or trial. They must be tried in a fair (civil) court or released. Guantanamo must be shut down."

At 1:30PM in Washington, activists gathered outside the Supreme Court. They marched past Capitol Hill to the White House.

They include CCR, the Bill of Rights Defense Committee, CloseGuantanamo.Org, Code Pink, Council on American Islamic Relations, Veterans for Peace, Voices for Creative Nonviolence, Physicians for Human Rights, Women Against Military Madness, and others.

Keep Gitmo open, he ordered. Torture and other forms of abuse continue out of sight and mind. They reflect official US policy.

People Are Losing Interest in 'The Current Thing'