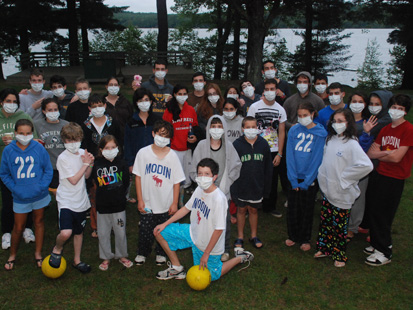 We've heard it all before. Media scoundrels hype fear. So do drug companies. Doing so boosts sales.

On January 11, The New York Times headlined "Flu Season Deaths Reach Epidemic Level but May Be at Peak, CDC Says."

Winter is flu season. It's commonplace every year. Some years are worse than others. Cold, low humidity, indoor crowding, lower light levels adversely affecting the immune system, and other seasonal factors increase vulnerability.

Most often, flu symptoms are annoying and temporarily debilitating. Deaths and serious complications are less commonplace. Some alleged flu or pneumonia-related fatalities are wrongly reported. People aren't told what they need to know.

Mayo Clinic's Dr. James Steckelberg says flu "make(s) you feel awful, but if you're basically healthy and you're not pregnant, take care of yourself at home rather than going to your doctor."

Vitamin C and D, natural herbal remedies, zinc and other important trace minerals, as well as healthy living are effective ways to avoid illness or limit its effects when it strikes.

Rumsfeld's conflict of interest was suppressed. It later leaked out. It hardly mattered. Gilead's share price increased over 700% in weeks.

Dr. Joseph Mercola calls Tamiflu ineffective and dangerous. According to FDA documents, 12 Japanese children, aged one to 16, died after taking it.

All drugs have side effects. Some pose greater dangers than others.

CDC officials calls the current outbreak the worst in a decade. It urged everyone to get flu vaccines.

"But here's the dirty little secret the vaccine industry doesn't want you to know," said Natural News. "Most people getting the flu right now are the same (ones) who were vaccinated with the flu shot."

CDC officials don't explain. Doing so would blow their cover. They quietly admit what everyone needs to know. Millions take annual flu shots without knowing their dangerous ingredients.

They include 25 micrograms of mercury (thimerosal). It's a known neurotoxin. One microgram is considered toxic.

NIH says "mercury and all of its compounds are toxic. Exposure to excessive levels can permanently damage or fatally injure the brain and kidneys."

"Exposures to very small amounts" can also cause "allergic reactions, neurological damage and death." Flu and other vaccines are linked to autism.

Vaccines contain formaldehyde. It's a known carcinogen according to the National Cancer Institute.

Other disturbing ingredients include:

• gelatin, polysorbate 80 and resin; they cause severe allergic reactions;

• ammonium sulfate; it's a suspected gastrointestinal, liver, and respiratory toxicant and neurotoxicant;

• sorbitol; it's a suspected gastrointestinal and liver toxicant;

• phenoxyethanol (antifreeze); it's a suspected developmental and reproductive toxicant;

• gentamycin; it's an antibiotic;

• other ingredients varying by producer.

Contrary to popular advice, flu shots and other vaccines are dangerous. Independent experts urge avoiding them.

Dr. Viera Scheibner is one of the world's most respected scientists, scholars, and vaccine experts. Her work revealed vaccine pseudo-science. It's fraught with inconsistencies and false conclusions, she says.

She calls "vaccinators the snake oil salesmen of our time."
The vaccine industrial complex is "an illness industry." It causes a "pandemic (of) degenerative diseases (and) behavioral problems."

"Ever since the turn of the (last) century, medical journals published dozens and dozens of articles demonstrating that injecting vaccines (can) cause anaphylaxis, meaning harmful, inappropriate immunological responses, which is also called sensitization."

"(This) increase(s) susceptibility to the disease which the vaccine is supposed to prevent, and to a host of related and other unrelated infections."

"We see it in vaccinated children within days, within two or three weeks."

(Most of them) develop runny noses, ear infections, pneumonitis, (and) bronchiolitis."

"It is only a matter of degrees, which indicates immuno-suppression, (not immunity). It indicates the opposite."

"So I never use the word immunization because that is false advertising. It implies that vaccines immunize, which they don't. The correct term is either vaccination or sensitization."

Some kill. Others cause lifetime disability and pain. It's because autoimmune diseases happen when the "body attacks itself." More accurately, it's attacked by unhealthy living, stress, and harmful ingestible substances.

Null calls flu shots and other vaccines a "dark inferno." Most people have no idea what they're taking or the potential harm it causes. Removing dangerous contaminants from vaccines is impossible.

Minute amounts cause trouble. Vaccines are "genetic experiments." They're able to "caus(e) mass cellular destruction." The old saying goes what you don't know may harm or kill you.

Whether this year's flu hysteria is real or hype matters less than how people respond. Everyone's responsible for their own well-being.

Dangerous toxins masquerade as protective drugs. Producer profits matter most. Good health depends on avoiding what causes more harm than good. It's not rocket science. It's as simple as doing the right thing.

Is Eating Dandelions Good for You? | Super Foods: The Real Story